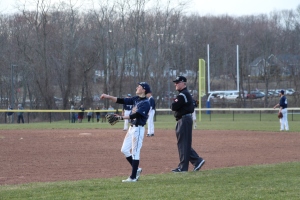 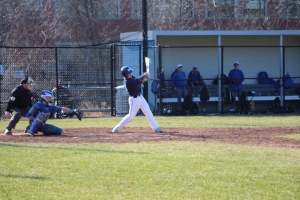 Coach Grant came up with an idea of fundraising for new equipment for the team such as a pitching machine, indoor batting cages, new unifroms, and a new bullpen. All players and coaches participated by selling 25 coupon books for $20 each.

Some members of the team shared their opinions about Coach Grant and the current baseball season: 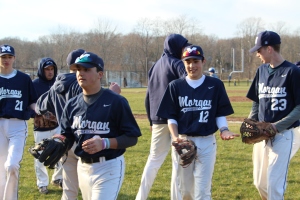 Junior AJ Fritz said,  “He is a great guy, and he is bringing a good team philosophy that will help us be successful this year.” He also said the players know the game, and the coach will help them get “W’s.”

Sophomore Kyle Suraci claimed, “He’s a good coach. He knows what he’s talking about, and I think it will really benefit our team.”

Freshman Stephan “Ryan” Egan said he likes the new coach so far. He likes the practices, and he works him very hard. He also thinks the team will do well with the new coach.

Junior Connor Derry also said he likes the new coach and looks forward to a good season this year. He thinks that having a new coach could affect the team’s performance, but he doesn’t think it will because the team’s mission this year is to dominate. 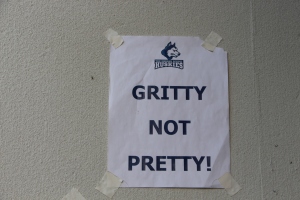 Freshman Ryan Hromadka said that Coach Grant is a good coach and thinks he will bring success to the Morgan team for the next four years that he is there. He also hopes for a lot of success this year.