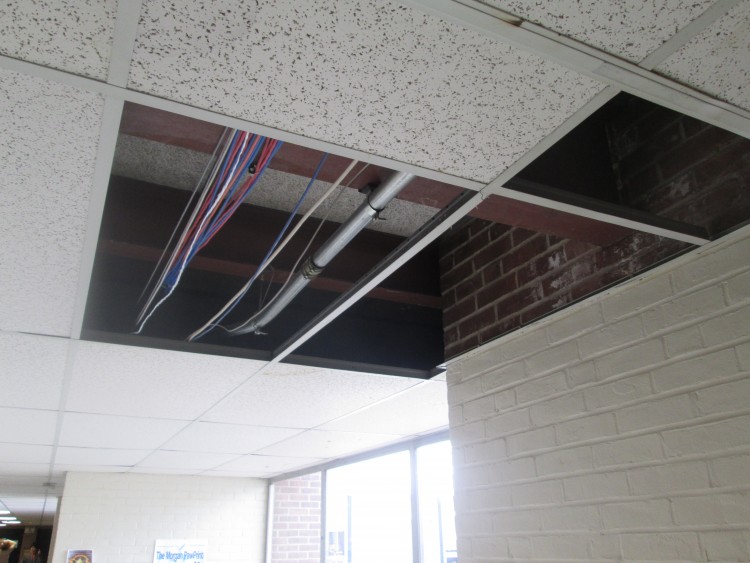 We all know there are problems with our school, some larger than others. We decided it was time to take a stand and ask our school community members, what are your biggest pet peeves about the school? Other than your typical high school answers of we have to get up too early and why don’t we get Mondays off, there were some serious problems that should be addressed by the administration.

One of the most prominent issues in our school is the fact that our bathrooms are simply not acceptable.  There was an overwhelming response from the females in the school especially because the toilets literally leak after being used.  Not only is this just a disgusting revelation but extremely unhygienic for the students.  This excess flow could lead to mold in the bathroom that could be detrimental to the students using the restrooms.  Another report coming from multiple males in the school is that one of the stalls in the school does not even close all the way which clearly violates the privacy of these students.

When asked what the administration plans to do about these issues, principal Keri Hagness commented, “I did talk to the head custodian, but if it’s continuing to be an issue. Changes are needed. Sometimes we don’t know about these problems until they become major. If you see something, say something. We are Morgan. I would much rather have a community effort. Let us know when something is falling apart.”

When asked about what they saw as problems with our school, teachers such as Ms. DelGrego and Mr. Serenbetz, both teachers in English, said the computer system is the biggest annoyance.  Mr. Serenbetz commented, “I don’t like how the internet wouldn’t work when I had lesson planned around the internet.”  Ms. DelGrego was actually quite upset that there is no coffee in the school, especially for the teachers.  This is a valid complaint, considering a hot cup of coffee is the way many adults, and even students start off their days.

Many students are also very fed up with new rules being implicated in our school system, such as the new Learning Commons rules and strict supervision of the cafeteria. Regarding the supervision of the cafeteria, Mrs. Hagness commented: “It’s a different climate now. It used to be so open, but changes were needed. I always think about why is the rule in place, and we look at the worst possible outcome. I do trust the students, but this is a liability.” As Mrs. Hagness said, the only way to make improvements is to come together in a community effort. If you see something, say something.