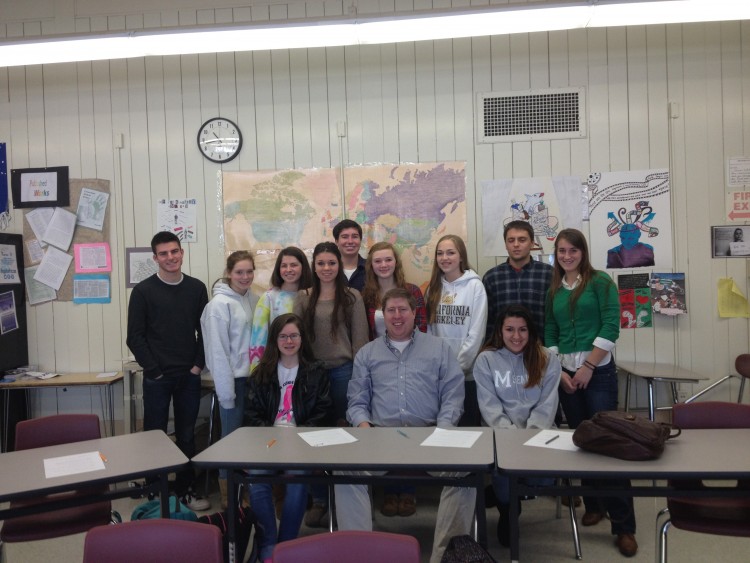 The PawPrint is continuing to see successful feedback from its viewer. During semester one of the 2013-2014 academic year, the PawPrint reached its highest level of views of all time, exceeding 1,600 views in one day. Still remaining in the top-spot of highest-viewed article is ChapSticks and Scantrons, followed by Remembering Brett Renfrew, and the original Honors vs. College Prep article.

Over the past semester, the PawPrint staff has been diligently covering nearly every aspect of Morgan’s bustling community, including topics from academics, to music, athletics, and even newly earned honors. Among some of the most viewed articles from semester one include A Homecoming Pep Rally Like No Other, followed by All Brains: Stephen Barnett, Morgan Political Club and Clinton PTA Host Board of Ed. Candidates Forum. In addition, the PawPrint covered Morgan’s most recent and notable achievements including the Morgan Volleyball winning the Class S State Championship, Danny Khalifa being featured on NBC Connecticut for his song on the recent issues in Syria, and Morgan being honored with the AP Achievement Honor Roll award.

The PawPrint also covered several controversial stories including the Homecoming Court Controversy, whether or not underclassmen were welcomed in the senior courtyard, the proper way to call a snow day and the parking lot issue.

So here’s to a new year and a new semester at the PawPrint; onwards to new articles and new stories.

A final thanks to you, our viewers, for contributing to our successes.