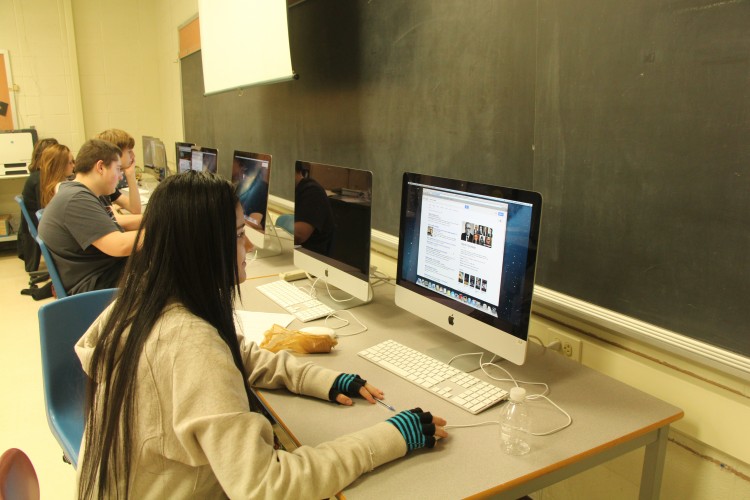 By Owen Zamecnik and Liam Meechan

Recently, the Morgan School has acquired a set of new computers for Ms. Corbett’s computer lab. These are the newest 2013 apple iMac computers. The technology provided through these new machines is supposed to make classes easier and much more efficient. We interviewed a few students, as well as Ms. Corbett, about what these new machines make possible, what advancements they contribute to Morgan technology, their opinions on the new technology, and how the new technology improved their class experience.

When we asked Ms.Corbett how the technology has increased or decreased in efficiency, she said,” there are now enough computers in the classroom for every student to be able to use their own, and the computers load faster than the previous ones we had.” When we asked how they improved class, Ms. Corbett said that projects in class have been improved with advanced video production, and DVD production. The computers are also connected to a new network. This network is connected to the school now, rather than the classroom, so the students can access their school drive.

We interviewed some students who have been able to use these new machines. Paige Mustaro explained, “The tech at the school has increased in speed and searches are easier. The screens are bigger than the previous computers.” Shelby Bowman told us ,”the movie maker program has been made easier and more accessible to the user.” Shannon Wehrle said,”work gets done in class more efficiently because students don’t have to share the same login.”