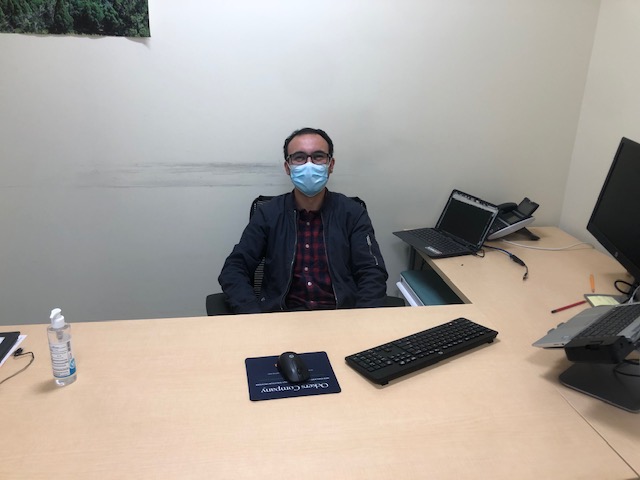 Technology is a big part of our life with our phones, Chromebooks, and even desktops. Mr. Ordonez came to The Morgan School because there was a new job opening here, and he felt as this job was a new opportunity for him. Also, because he lived around the area it was more convenient.

Mr. Ordonez first pursued technology when he was young. Once he got to high school, he dove into the mechanics of technology. Mr. Ordonez started taking apart computers and phones to be able to learn and see how these devices function. He also learned different mechanics that go into electronic devices. While studying at Gateway Community College, he took technology classes to be able to have a career in the technology department.

Mr. Ordonez felt that when he first got to The Morgan School everyone he met was very friendly and welcoming. He says that the Morgan School’s atmosphere is very kind because everyone treats one another like family. One of Mr. Ordonez’s strong traits is that he is bilingual. This means he can talk to people who may struggle with English and help them. This creates a more comfortable environment for those students because “when you meet someone who speaks your language you’re more open.” It can give students a sense of relief when they notice that they have someone who has something that connects them. Although Mr. Ordonez’s passion is technology, he also enjoys his free time. He enjoys listening to music and driving around in his car. This allows him to clear his mind and just feel alive in the moment.