How These Words Impact People 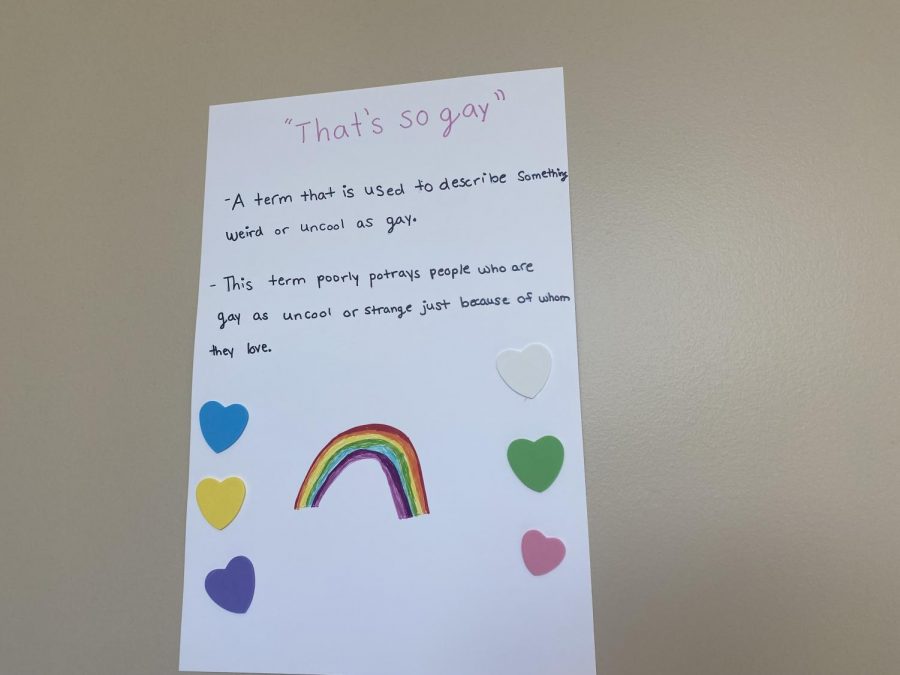 The Social Justice Club is a club that meets every other Tuesday at 7:00 am. The purpose of this club is to help bring light to injustices and educate club members and our school community about how we should act to be respectful to everyone.

The club will do this by creating posters and hanging them around the school with information about an offensive word and how it is hurtful.

This newest campaign called the Words Campaign shows how words can affect certain groups. Students can make sure to watch their words to avoid saying anything that is rude and can offend someone.

This campaign will educate students about damaging words or language. These words include words such as the n-word, f-slur, and r-word or sayings like “that’s so gay” which is a hit at the LGBTQ+ community.

The f-slur means homosexual male and is used in a mean way. The f slur was created in the US in 1914. This is offensive because it is used to insult people in the LGBTQ+ community.

The n-word was used by slave owners to insult Black people who were enslaved. This word was used to degrade black people and treat them with little to no respect as if they were less than human. This slur comes from the word “negro” in Spanish.

The word d*ke is another slur that people use to refer to a  homosexual female. This word is an insult against lesbians who act or dress more masculine. Some lesbians have taken the word and are using it in a more empowering way. Even though this is happening many people who are not a part of the community still use it as an insult.

Many phrases or sayings that are used as slang also have very harsh effects on certain people and communities. One of these phrases includes the phrase “that’s so gay.” This term is used to describe something weird or uncool as “gay.” This is derogatory,  portraying people who are gay as uncool or weird just because of whom they love.

Sophomore Corrinne Meyer who is a member of the Social Justice Club said, “within the school, I hear a lot of people throwing around slurs and offensive derogatory words that they shouldn’t be saying. I think we all feel that they need to be educated, and we want to stop the use of such words in the Morgan community.” 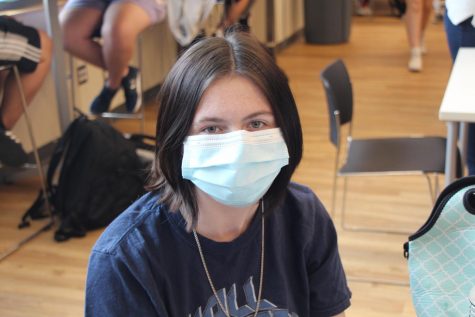 Sophomore Kayla Brinkman who is also a member of the Social Justice Club said, “the purpose of the words campaign is to try and educate people who might not realize the effects of the words they use. It’s important to help the people that may be affected by these words, and we are simply trying to make Morgan a safer place for all the students here.”

Sophomore Daniel Highkin who is a member of the club said, “the purpose for the words campaign is for kids in school to learn about certain words that some people say about people or things that could be offensive.” He also claims “it’s important because there are a lot of people in school and outside of school that say words that could be offensive, but they don’t even know what that word means.”

Daniel said,“ we are trying to get kids to understand the real definition and history behind the offensive words that they might say and explain to them why you shouldn’t say them.”

Daniel is right in that students say words that are offensive without truly knowing the meaning. This campaign will help spread awareness and teach students the real meanings. They can learn by looking at the posters hung up around the school and asking questions.