New Substitute Mr. Zumpano returns to Morgan for an encore 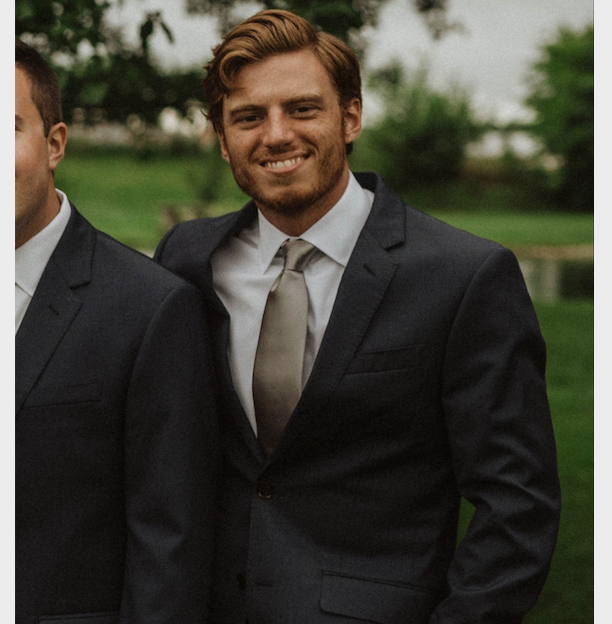 Picture this: you’re sitting in class 2 minutes before the bell rings, dreading the long day of work ahead. Either you’re anticipating 2:10 or just a small escape of mind that lunch has to offer. As students, we know how tiresome school can be. We know it’s necessary and most of us feel no strong sort of hatred towards our school or the educators before us. But the mind at one point or another wants to venture on its own path. No more going to classes that don’t pique your interest, but instead discovering your own passions. So you take that, all of your interests and ideas and decide to become a teacher. What if the school you teach at is the same one you once ventured from? Well, in the case of Mateo Zumpano, he did just that.

Mr. Zumpano graduated from The Morgan School in June 2016 and then continued his education at Liberty University for his history degree, which he just completed this past May. Currently, he is a permanent substitute at Morgan, who fills in for teachers as needed.

His time here at Morgan was, to say the least impactful. While most students try to keep a semi-low profile while still absorbing the “high school experience,” Mr. Zumpano shot for the stars. Not only did he participate in sports such as, football, lacrosse, and track, but he also dabbled or should I say starred in four major school productions: Once Upon a Mattress and Tarzan which he swept the leading role, How to Succeed in Business Without Trying, and a wonderful performance in Anything Goes. All of these thespian productions captivated sold-out crowds at our beloved old Morgan.

Mr. Zumpano never attended the new Morgan School. Mr. Zumpano though did have some of the same teachers that still grace the school halls. English teacher Eric Bergman was a great inspiration for his future career in teaching. Mr. Zumpano said that while at high school he definitely began getting inspired to become a teacher.

He noticed how his own educators made such an impact on him. He would like to share that feeling of family-like connections with his students that he had when he was a student at Morgan. Another teacher that made a lasting impact on Mr. Zumpano was Social Studies teacher Jeffrey Motter who just recently retired. While deciding what subject to teach, Mr. Zumpano landed on history which is the same subject our beloved Mr. Motter taught to many students before during, and after Mr. Zumpano’s time here.

Though a history teacher is the end goal for his teaching path, he is gaining experience by filling in for teachers of any subject.