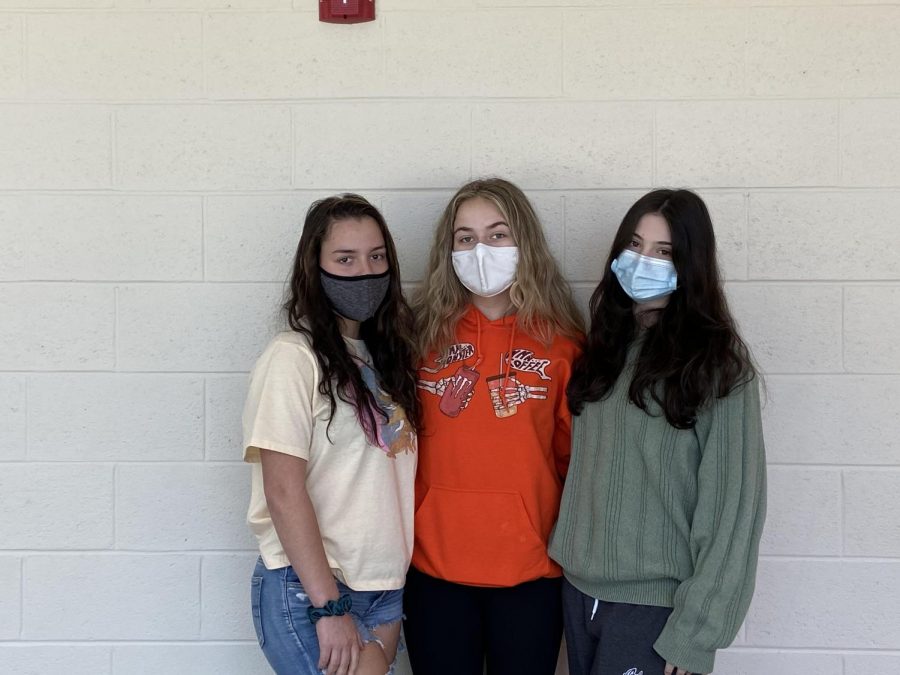 In a January 2021 UN Women UK study, ninety-seven percent of women ages 18-24 in the UK, reported being sexually harassed. So what is sexual harassment? The EEOC has defined sexual harassment in its guidelines as: “Unwelcome sexual advances, requests for sexual favors, and other verbal or physical conduct of a sexual nature.”

Acts of sexual harassment include but are not limited to catcalling, someone repeatedly asking for indecent pictures or receiving unwanted pictures, groping, experiencing indecent exposure, threats of a sexual nature, attempted or committed rape, etc.

I took an Instagram poll asking if the person taking it had ever been sexually harassed or assaulted and an astonishing 85.3% of females answered yes. The women who answered the poll were ages 14-22.

Sophomore Bella Fishman had shared her view on sexual harassment and assault: “I feel like the immediate reaction is what was she wearing, and I just want to say that if you have been assaulted, please, know that it is not your fault. I think this narrative needs to be changed because it is wrong.” There is one of many art exhibits at Texas University based on student-survivor descriptions of what they were wearing when they were sexually assaulted. The exhibit shows size 4 pajamas, sweats and a ball cap, a bathing suit, and so much more.

Many Morgan females have expressed their concerns about this topic, and admitted that they feel this is a problem not only at our school but at all Clinton Public Schools. Sophomores Sophie Gaudet and Sophia Pacileo recall in Pierson and Eliot the boys playing inappropriate “games”, one of them being “firetruck” where the boys would place their hand on a part of a girls’ body. When asked to stop, the boys would reply with “a firetruck doesn’t stop at stop signs” and would continue to touch the girls even after they had asked them to stop.

Sophomore Caroline King reported that she has endured many acts of sexual harassment and assault by many Morgan students who have not been punished for their acts. Caroline claimed that she has been too afraid in the past to speak out against these men. She thinks more attention needs to be called to this issue.

So what is being done about this epidemic? In our school program, there are no class requirements about sexual harassment or assault. In health class, we are taught sexual education, but what about when things are wrong? Bella had also stated that “there is not enough sexual assault awareness or education in our system, and I think that’s really important, and teachers need to teach us about it.”

Health teacher, Rachel Lupone stated that “sexual harassment, sexual misconduct, and consent, are things I choose to teach, but I do think it should be implemented in our curriculum guidelines from the state.” In her interview, she emphasized that it is important to teach those things, even if they are not in the state curriculum. She has been fighting to get these topics into all schools’ curriculums.

Sophomore Luis Mendez said “They really never taught any of that. We have had to figure it out on our own. I think the schools should make it mandatory for teachers to teach about things like sexual harassment. I think it would help bring the numbers down.”

Assistant Principal Chris Luther said that there has been reported cases of harassment in Morgan. He stated, “I get on the phone with the assistant superintendent and determine what to do from there.” He has had to write harassment reports and send them in. His go-to disciplinary actions are to talk to the students first, and if that does not resolve the problem, he will suspend the student that is the harasser. He also agrees that we should have some more education on what is considered harassment.

Clinton Program Coordinator of Human Services, Jill Paglino agrees that our curriculum should be changed to teach more about consent and sexual harassment: “I would want the Connecticut law about sex education changed, and then some curriculum about consent at the high school level. Ideally, these lessons could be delivered in small group settings separated by gender for everyone’s comfort.” Jill has taught classes on consent and sexual harassment, and she stated that it does not work very well in co-ed settings. Connecticut’s laws do not make sexual education mandatory. It is up to the town boards to decide what they should and should not teach. In Morgan, we do have required sex-ed in our school, but what are we learning about?

Many teachers have given the advice to have a trusted adult at home and at school that you can talk to. Many great options are our school guidance counselors, psychologists, principals, and even peers. If you have been sexually harassed or assaulted, never be afraid to report it. Mr. Luther said “everything is always confidential. Never worry about anything other than your safety.”

So please, stay safe and report what you can. Never be afraid to speak up, let’s help change this epidemic.