How REACT Feels About the Legalization of Marijuana in Connecticut 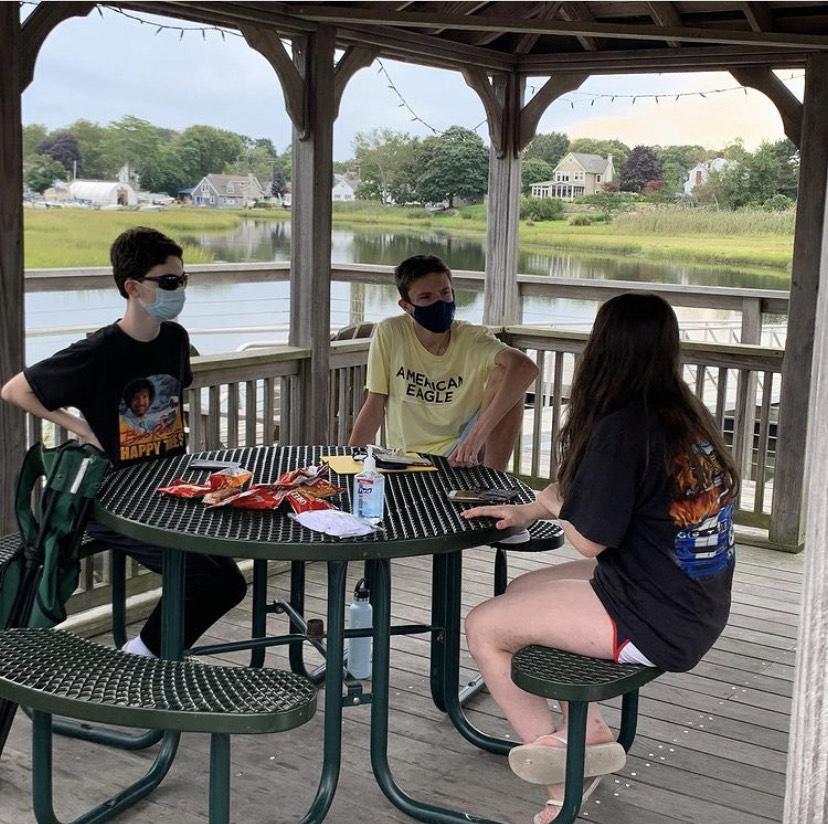 With the vaccines being administered to most adults in America, Connecticut’s government is ready to shift its focus towards other issues, such as the legalization of marijuana, which has been debated over six years.

The act S.B 888 was proposed in order to legalize the possession of up to 1.5 ounces of marijuana for anyone over the age of 21 and allow them to purchase these products from licensed stores. As of today, anyone who is in possession of a half-ounce or less of cannabis is charged with a fine of $150-$500. Anyone who is in possession of over a half-ounce of cannabis is charged with a misdemeanor and a fine of up to $2000. They can also serve up to one year of jail time.

REACT has been raising awareness of the legalization of marijuana and specifically its impact on teenagers in Connecticut. Prevention Coordinator for the town of Clinton and REACT advisor Kelley Edwards has been following this topic since it was introduced, which is over six years.

Kelley explains that, “Several REACT members hosted State Representative Christine Goupil a few weeks ago on Zoom to discuss the marijuana bill”, and she explained that not only are the members of REACT, “concerned for their peers, but they looked into the data from states that have had legal marijuana for years.” She explains the patterns that they observed, such as the tax on the sale of marijuana, which increased the black market sales.

In addition to higher taxes, there are many problems that arise that directly affect teenagers. 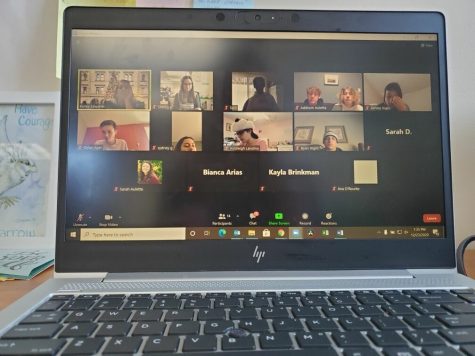 Kelley said, “Marijuana does have a harmful effect on the undeveloped teenage brain and can really change the trajectory of a young person’s life.” It is proven that women’s brains aren’t fully developed until about 21 and men, 25. Kelley explained that the earlier teenagers begin using marijuana, the less their brain is developed, which can cause a lifetime of problems.

Furthermore, according to Kelley, states that have already legalized marijuana have noticed “increases in traffic accidents due to marijuana” which has a specific impact on juniors and seniors who are on the road daily. More people also go “to the emergency room from excess use or children being accidentally poisoned” by marijuana,

Kelley also voiced her concerns about how with the legalization of marijuana, Connecticut, “will have lots of new people with addictions, and no resources to help them.” She explained that Connecticut, “will need funding for treatment facilities and more drug and alcohol therapists,” which REACT has mentioned to the state lawmakers.

Senior and vice president of REACT Dylan Ayer explained that “marijuana’s perception of harm will decrease significantly.” Once the government legalizes a substance or activity, the public believes it is not harmful. This point demonstrates how it will become more likely for teenagers to use marijuana because they believe it is not harmful, as the government says that it is “okay” to use it.

Dylan was part of the Zoom call where REACT members spoke to Christine Goupil. He explains that “facts, opinions, and personal connections were shared as to why marijuana should not be legalized,” and that she “was extremely open to hearing everyone’s opinions.” Dylan believes that it was important that they spoke with her because she is “someone who has a personal connection to our town and whose vote will matter.”

In addition to the Zoom call, a few members of the REACT Council wrote a testimony to the State Congress in opposition to the bill. The testimony “was read aloud at our State Capitol to the members of the Judiciary Committee.” This is just another example of how REACT has gotten involved and spread awareness about the decision the governor is making.

Senior and member of REACT Ryan Inglis also discussed how the legalization of marijuana affects teenagers. He explains how marijuana has been linked to “several mental health disorders, like, depression, anxiety, schizophrenia,” which would only increase if marijuana was legalized. He also expressed his concern by saying that “there has been an increase of 25% in cannabis use disorder among 12-17-year-olds in legal marijuana states.”

Ryan made it clear that by observing the trends from other states that legalized marijuana, it is easy to see that it is likely that the same will happen here in Connecticut. “Legalizing marijuana makes it more accessible to teenagers. In several medical studies, THC has been proven to negatively impact brain development to those who are younger than the age of 25,” he explains. There have been many studies to demonstrate what marijuana does to the brain, especially to those who are younger than 25, which Ryan believes is an easy way to see how it can impact teenagers in Connecticut too. 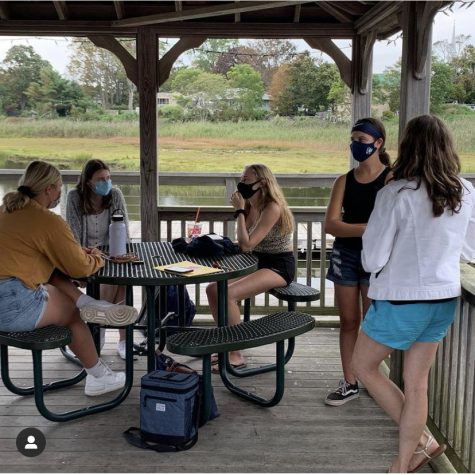 Senior and president of REACT Bianca Arias is extremely passionate about this topic. She explains that “Lamont’s bill has three main components; decriminalization, regulation, and most importantly to him, generating revenue.” She also explained that the taxation on cannabis would generate $33.6 million in revenue after the first year, according to the proposal of Lamont.

Bianca also discussed that marijuana is a gateway drug and that is the main reason she does, “not agree with legalization, although it is the most overlooked.” Bianca used a statistic to help her get her point across about the negative effects that marijuana has, especially on those younger than 25, which are teenagers. “The CDC has confirmed that 1 in 6 people under the age of 18 that use marijuana become addicted. This addiction is likely to evolve to something worse especially for someone who became addicted prior to the brain being fully developed at age 25.”

Bianca explains REACTS’s recent campaign Breathe Clean “is aimed to encourage everyone to keep their lungs full of clean, fresh air and free of vape and smoke.” She also discusses REACT’s use of their Instagram page (@morganschoolreact) where they post drug facts weekly and inform their followers of the dangers of all types of drugs.

Kelley and her REACT members are extremely knowledgeable on the topic of legalizing marijuana and are ready to take more action than they already have. They are using their voices to make a change in Connecticut and to help the students of Morgan understand the dangers that will come with the legalization of marijuana.