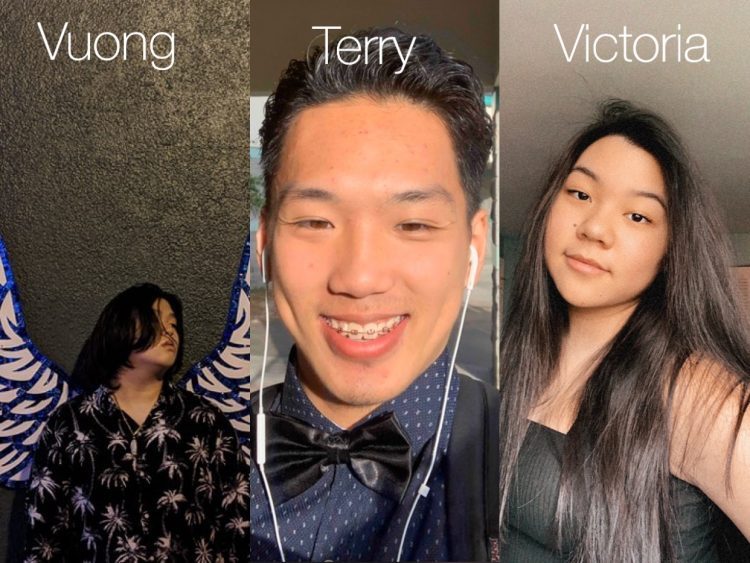 Since COVID-19 started in China, society has normalized that every Asian started this pandemic. President Trump even called COVID-19 the “Chinese virus.” Most people of Asian descent have been experiencing lots of racism. Many people overlook racism towards Asians because it is so normalized nowadays.

All over social media, there are videos of people in society beating up and even spraying Asians down with hand sanitizer thinking they have the coronavirus. There are Asians getting spit on, yelled at, and even attacked. Many of them are scared for their lives. They can’t even go outside without being stared at or fearing they will be attacked. There have been racial slurs used against Asians like calling them “corona” or telling them it is their fault that this pandemic is happening to our country. Asians of all ages are victims of this hate. Even Asian American students in school are feeling excluded.

The video below explains how Asian American businesses are suffering because people are afraid of those who are Chinese. The video also includes attacks against Asian Americans that have been posted on social media. Asians from all around the world have experienced discrimination because of ignorance about COVID-19.

Society doesn’t understand the amount of hate and racism towards Asians these days. Asians are mostly getting the blame for the coronavirus pandemic. An NBC news article from March 26th, reports that there have been over 650 reported racist acts against Asian Americans in just a week. The article explains how people have been refusing to service Asians in fear that they are going to get the Coronavirus. Some people also were xenophobic before the pandemic. Xenophobia is the fear or prejudice against people from other countries.

Asian businesses have suffered because of the fear that people are going to get COVID-19 from Asians. Some people even ask the manager if any of their workers are from China before they eat or shop there. The workers aren’t even Chinese, but since they are Asian, and we all “look the same,” people refuse to eat or shop there.

Asian American teenagers shared their opinion on the racism towards Asians. Here is what they had to say:

Sophomore Vuong Nguyen at Westside High School in Texas said Asians have long been victims of racist remarks and behavior. He said, “Personally my opinion on the topic about ‘racism towards Asians’ is that Asians are known to be the race that takes the jokes, for example when Steve Harvey made a joke that Asian men are not attractive. Of course, people were defending him telling us to learn how to take a joke. Now if the roles were reversed, it wouldn’t be the same story. Even when we are face to face with racism, everyone looks away from the problem because it’s a systematic response to look away from us when we are in a crisis. Other races have been victims of racism, but that doesn’t give them rights to be racist towards other races. It will not make one race better than the other.”

Vuong believes the racism towards Asians due to COVID-19 has brought recognition to a problem that is not new. He said, “I believe that the racism that Asians are receiving now is finally recognized because the source of it is worldwide. But after this virus, Asians are most likely to be again the punchbags of society. We will once again be looked away because ‘we don’t have it worse than other races.’ Asians are constantly being attacked, but because of our race, it isn’t recognized as big as other hate crimes. I bet you didn’t even know about the murder of Vincent Chin, who was killed in a hate crime, and the murderers never spent a day in jail.”

Vincent Chen was a Chinese-American draftsman who was beaten to death by two white males, Robert Ebens and Michael Nitz. Ebens and Nitz assumed Chen was of Japanese descent. They blamed Chen for the success of Japan’s auto industry, even though he is of Chinese descent. Ebens and Nitz were charged for mansluaghter. They had to pay $3000 and serve 3 years of probabtion, with no jail time whatsoever.

Junior Terry Dinh at Pine Ridge High School in Florida shared a similar opinion to Vuong’s. He said, “I think that this corona epidemic is causing the amount of racism towards Asians to be high. Growing up being teased and laughed at for being Asian is hard, but the fact that they say these “jokes” and can get away with it is absolutely astonishing because if I said some racist “joke” towards another race, I’d be the one getting in trouble.”

Terry described his personal experiences as an Asian American with racism during the pandemic. He said, “Now that the virus is everywhere, I’m getting nasty looks as if I have the virus.” He also shared the difficulties his parents experience as Asian immigrants. He said, “It’s hard to find a place to live, work and learn English. Let alone they have to deal with the racist slurs and hatred.”

Terry is discouraged. He said, “In the past week, there were 650 cases of discrimination of the Asian race yet no one has stood up for it yet. A man in L.A. riding a subway said: “every disease ever came from China.” Terry believes the racism towards Asians will continue.