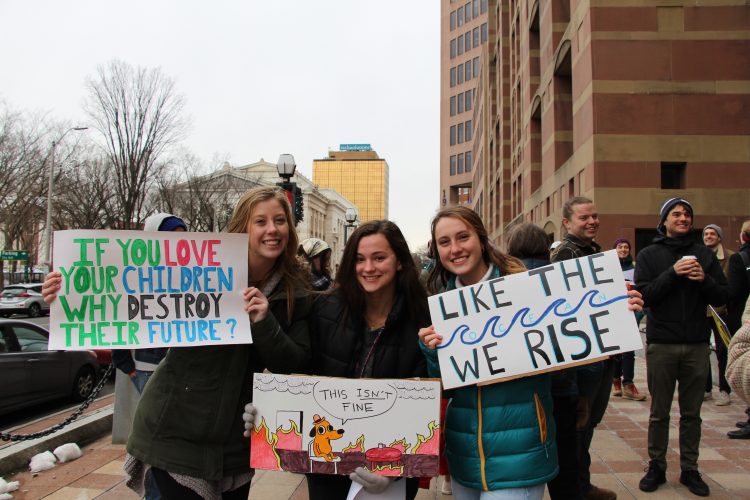 Written and Photos by Kristina Bergman |

On Friday, December 6th, 2019 at 2 p.m. , The Sunrise Movement organized a climate march and strike around New Haven to promote the Green New Deal and express its ideas on climate change.

About 50 people attended the event, the majority were students at Yale University. Three of the attendees were students at Morgan: junior Emma Lindsay, junior Clara Franzoni, and junior Olivia Riccio.

Before the march, volunteers handed out signs with phrases such as “The Movement Grows” and “Public Utilities under Public Control”. There were also lyrics to parodies of Christmas carols.

The march started with a teenage girl talking about how she feels about climate and the Green New Deal. She proposed the idea to the leaders from New Haven.

The group of protesters started at New Haven City Hall, continued to the Yale University Art Gallery, then the New Haven County Courthouse, and then back to City Hall. 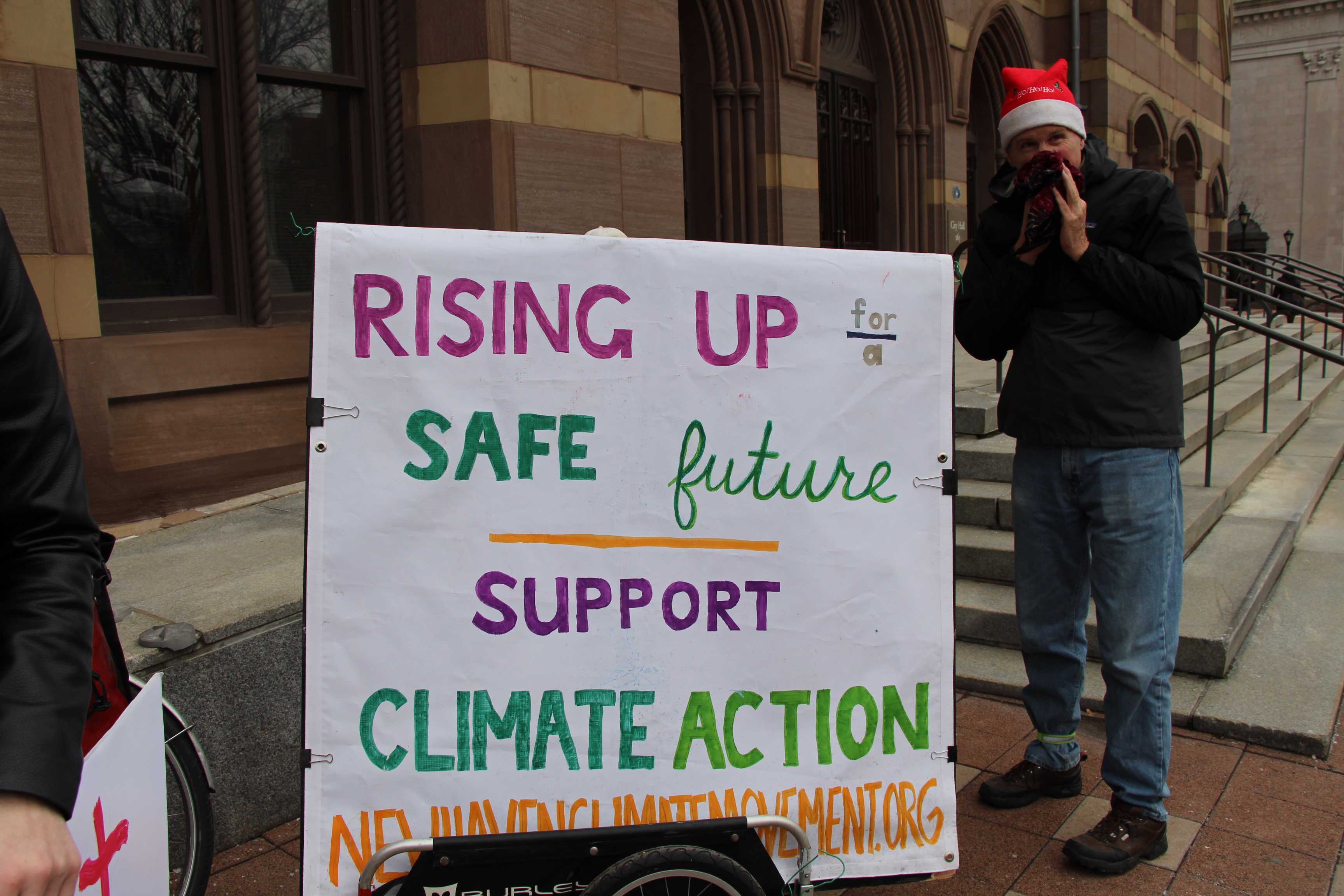 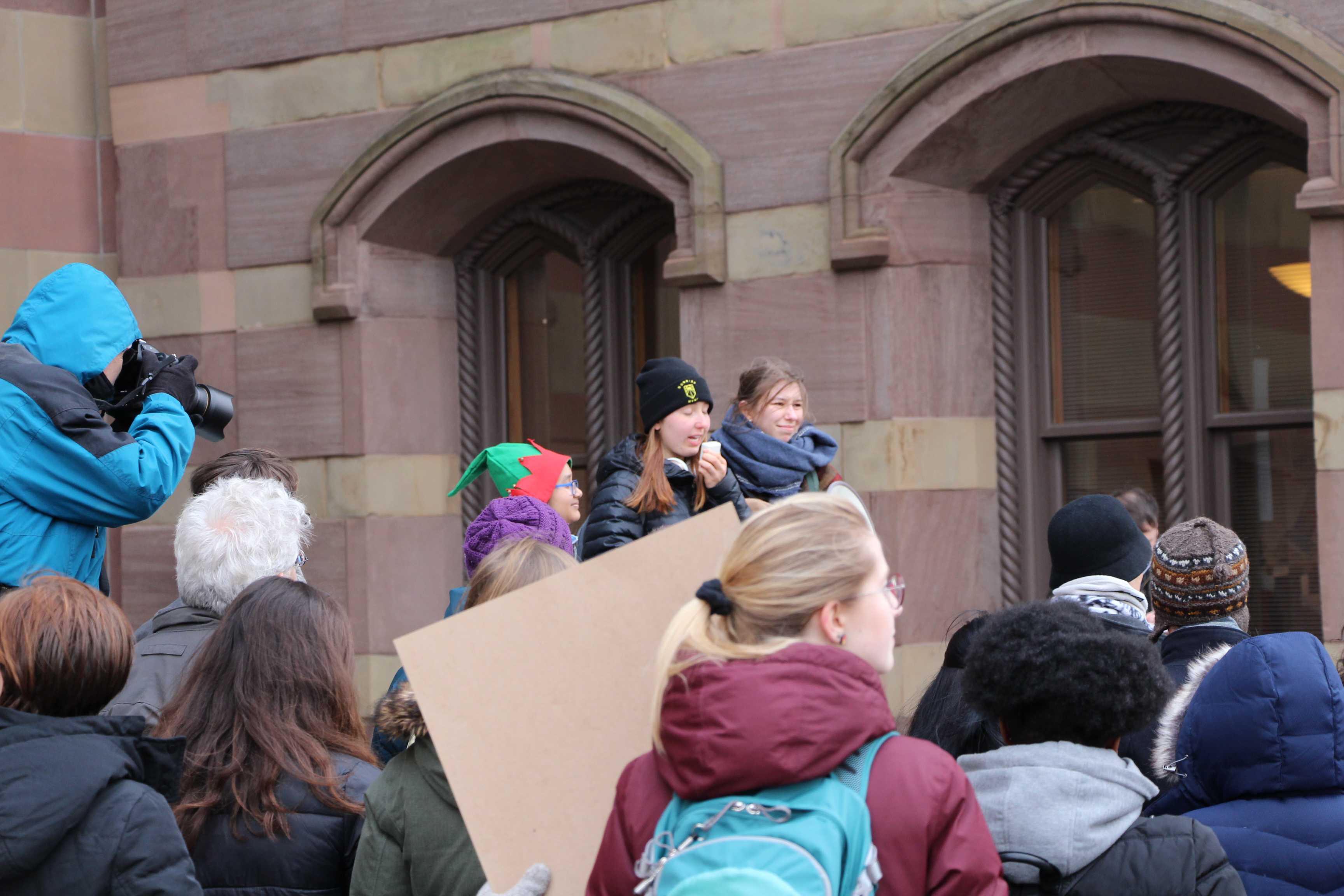 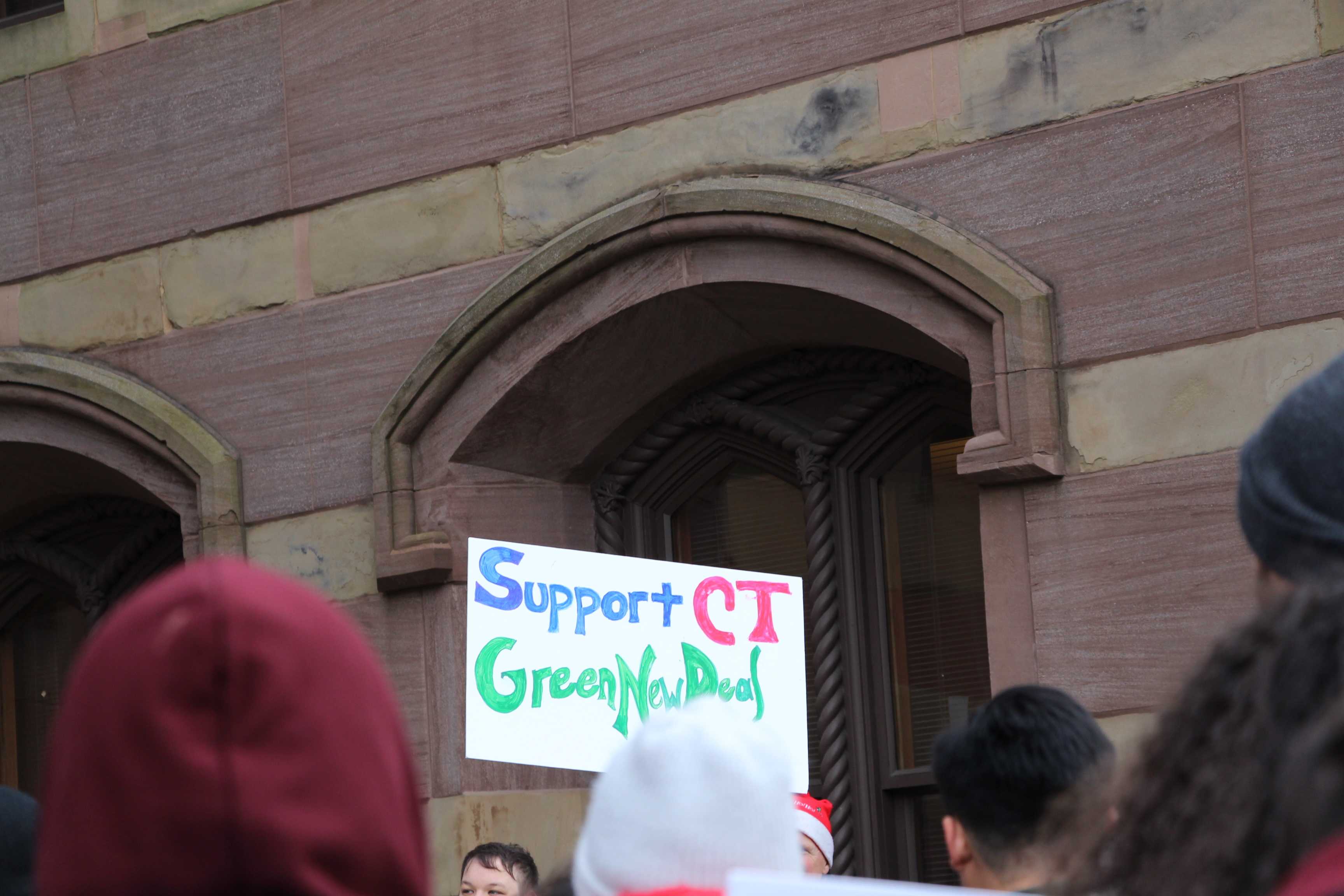 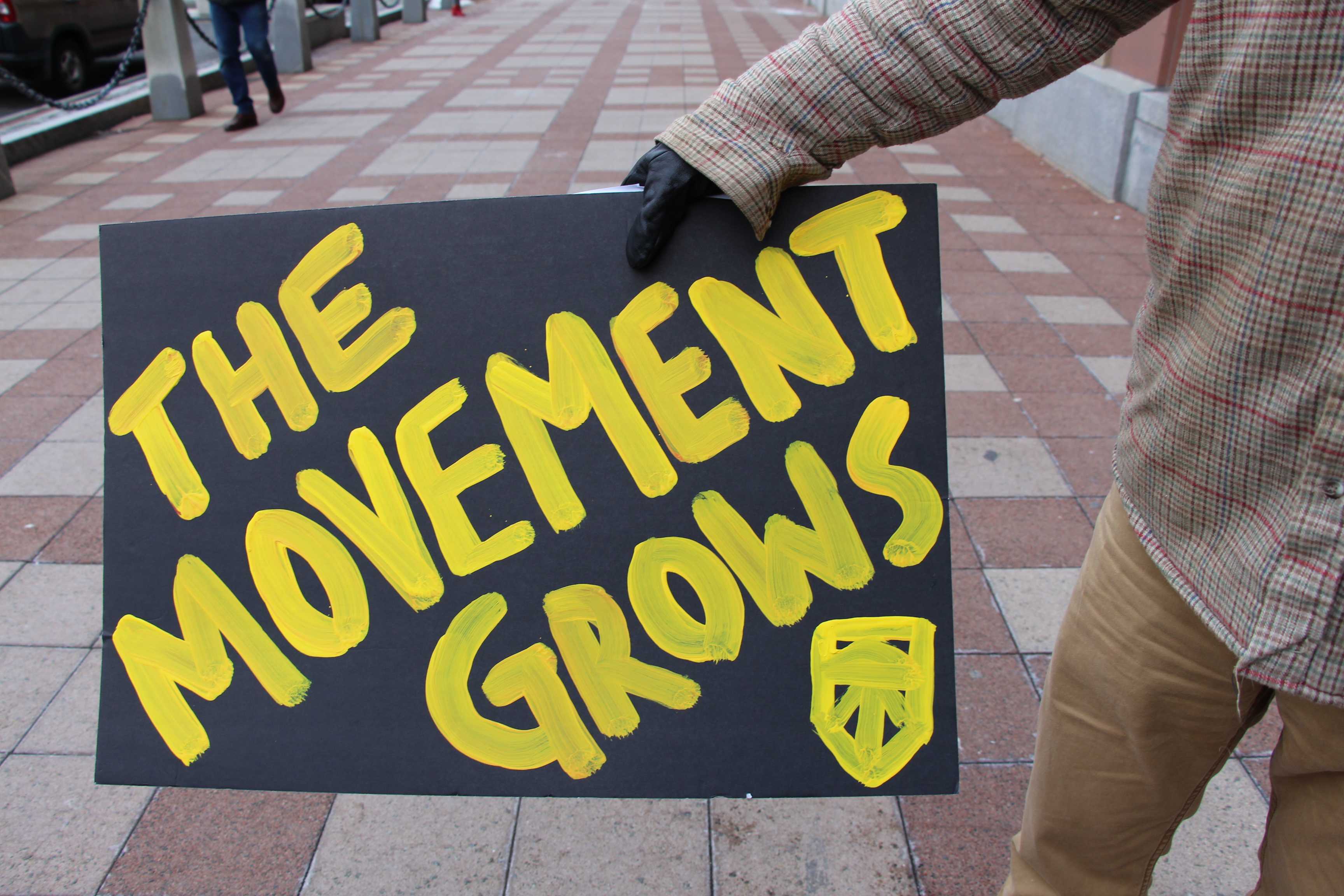 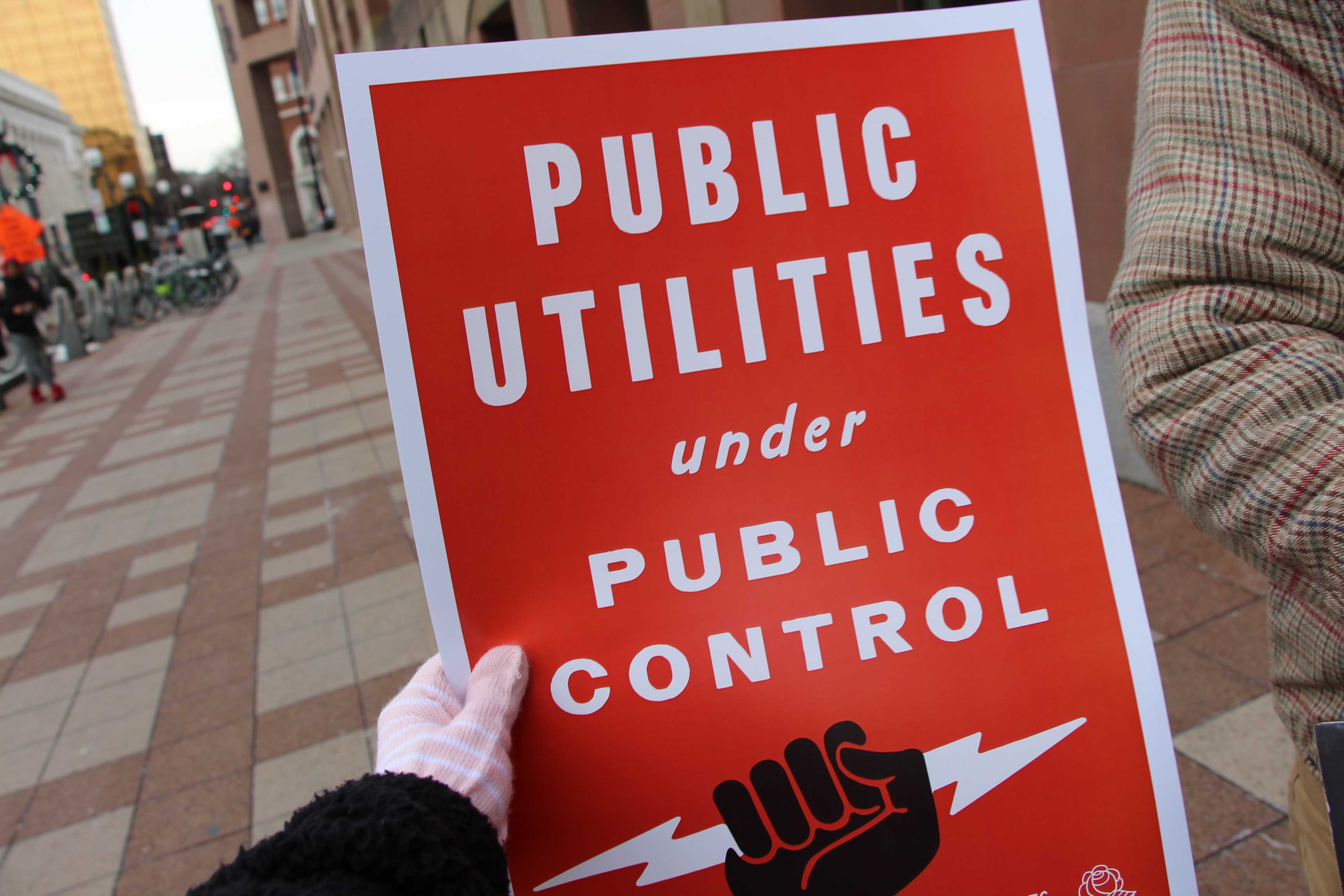 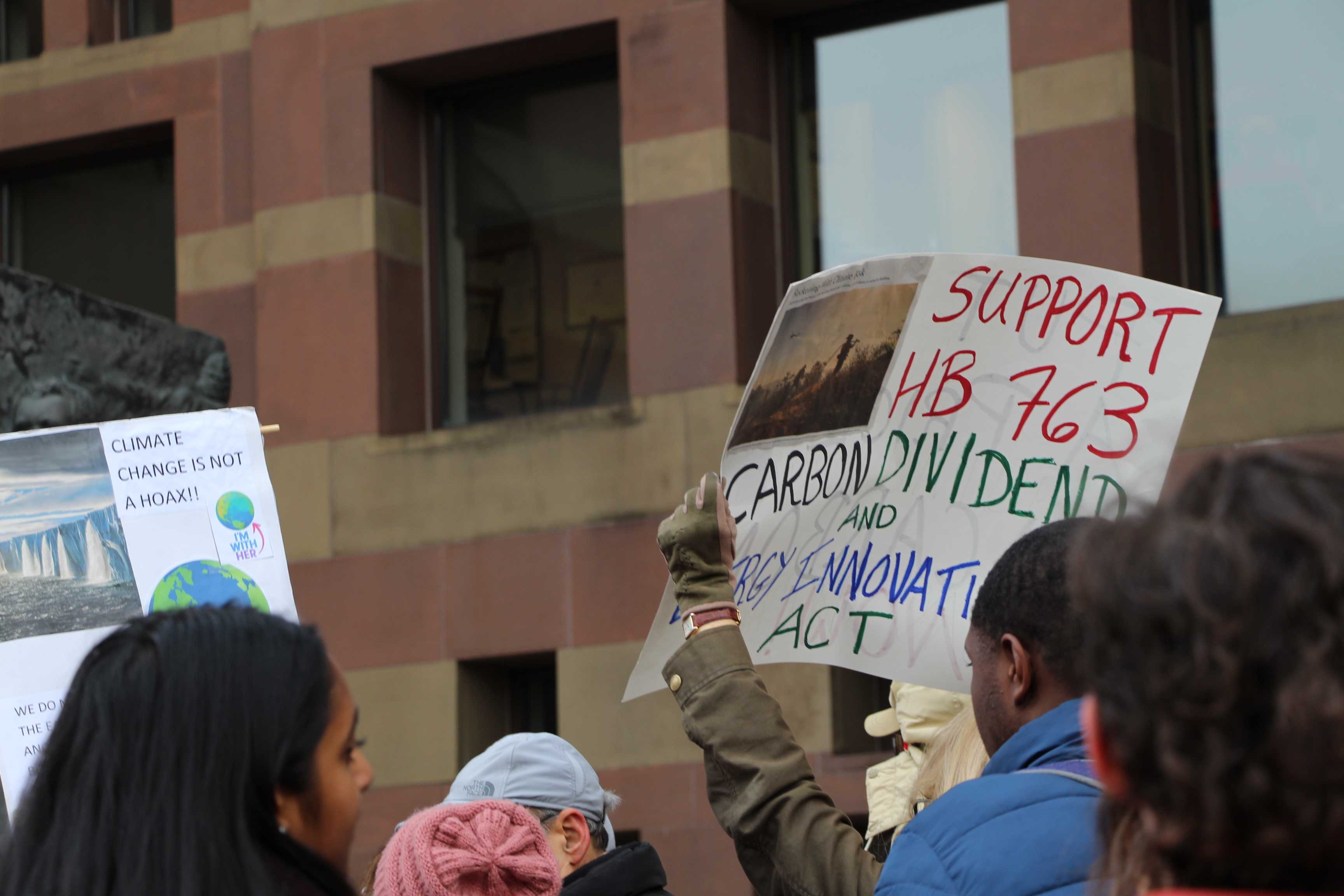 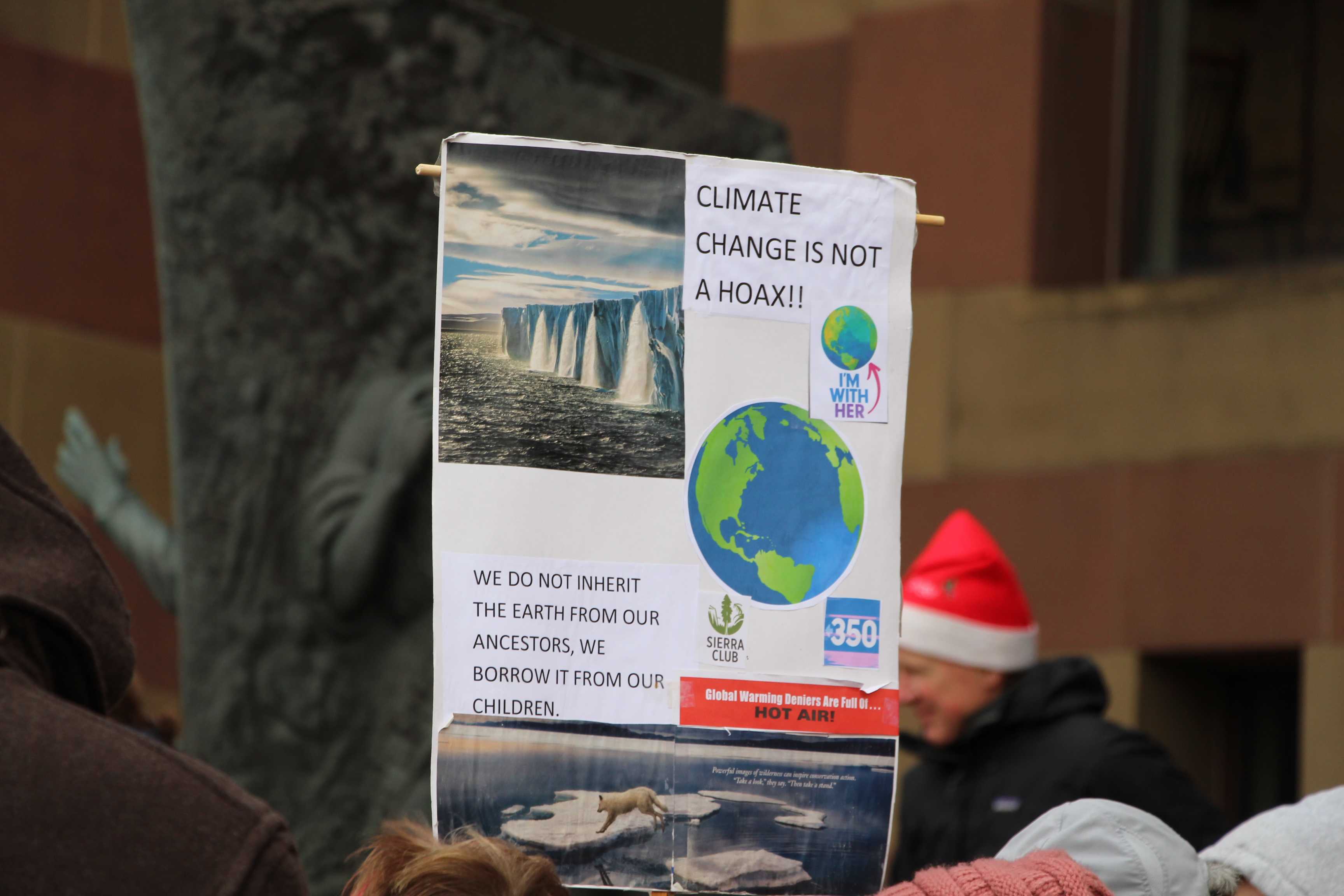 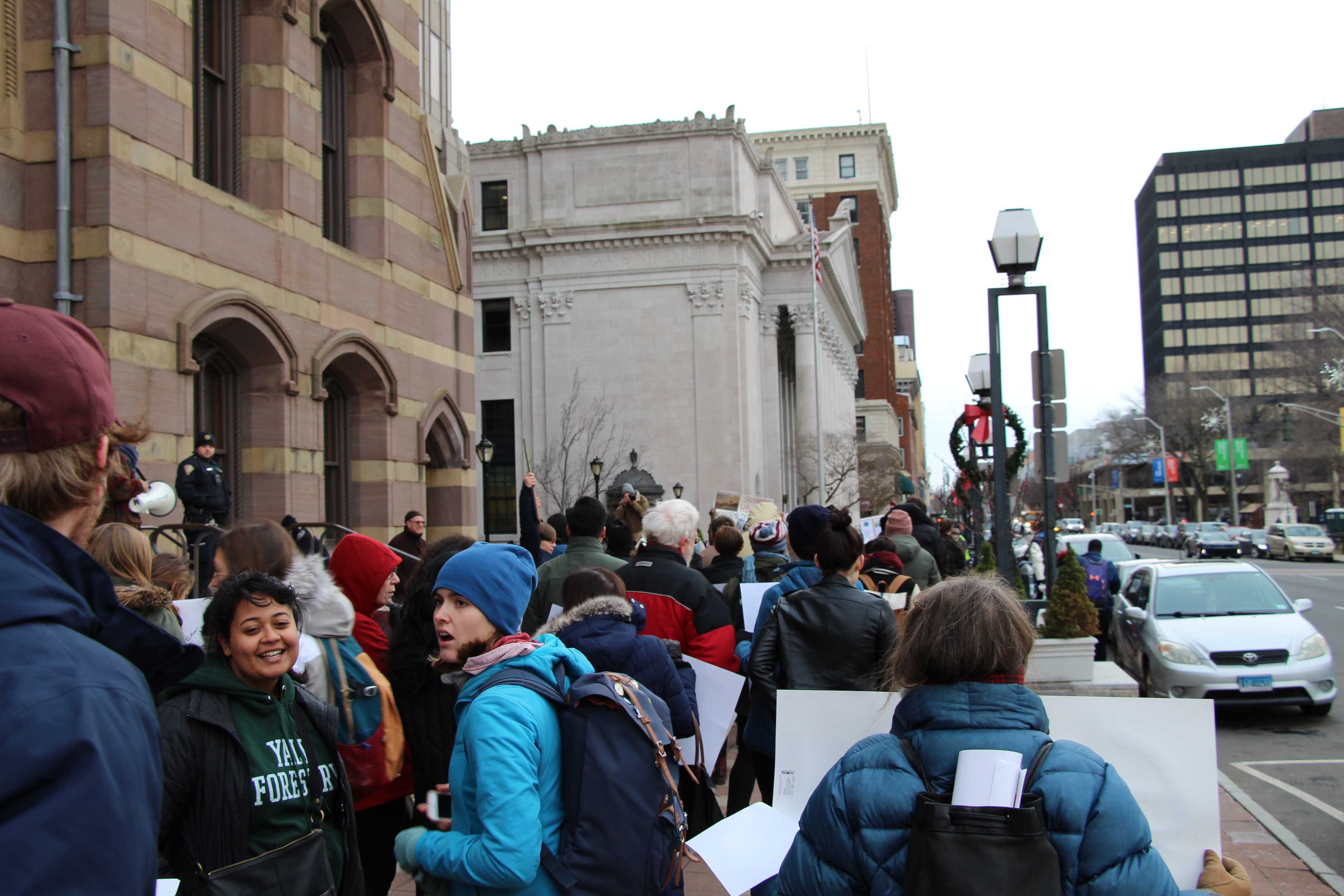 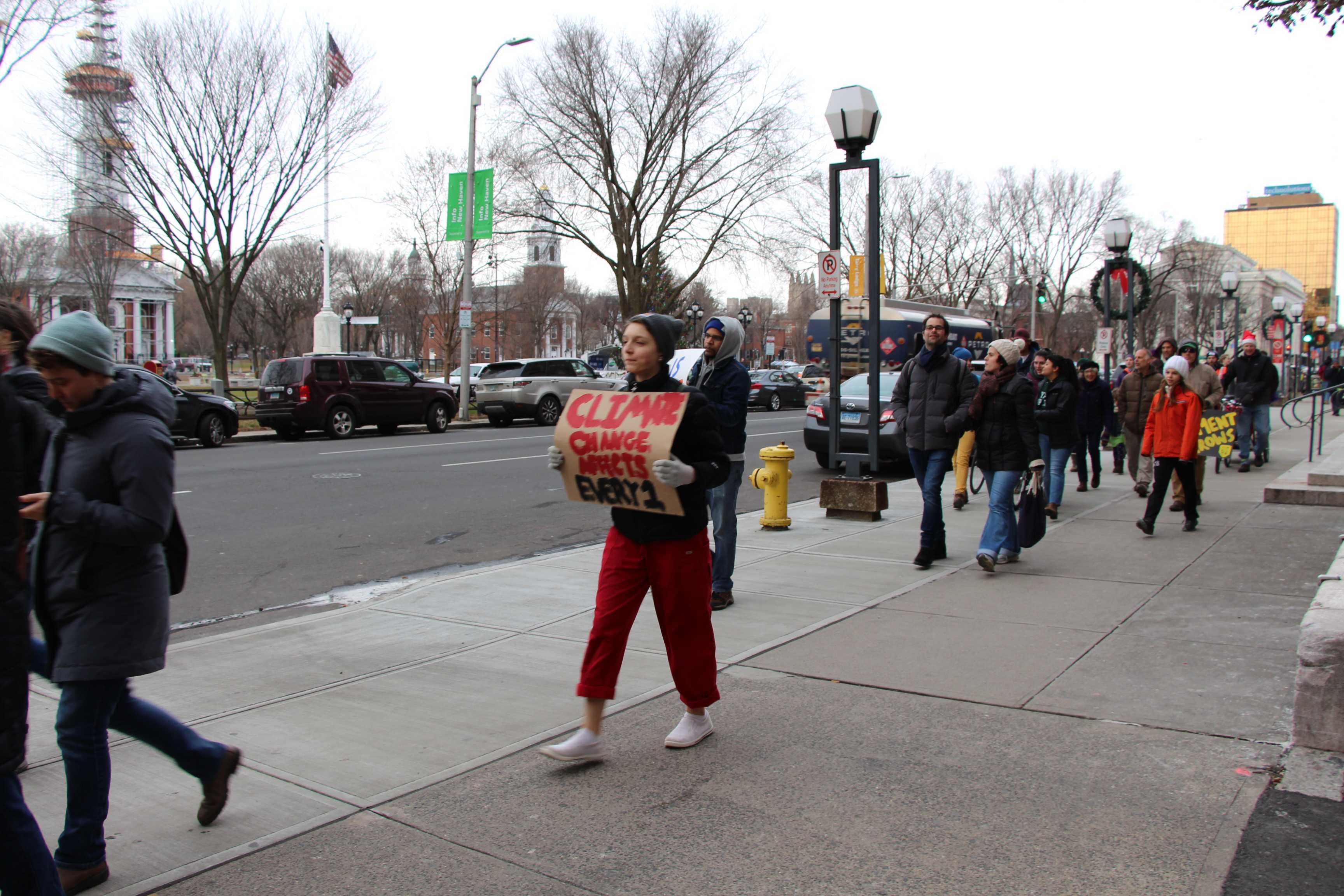 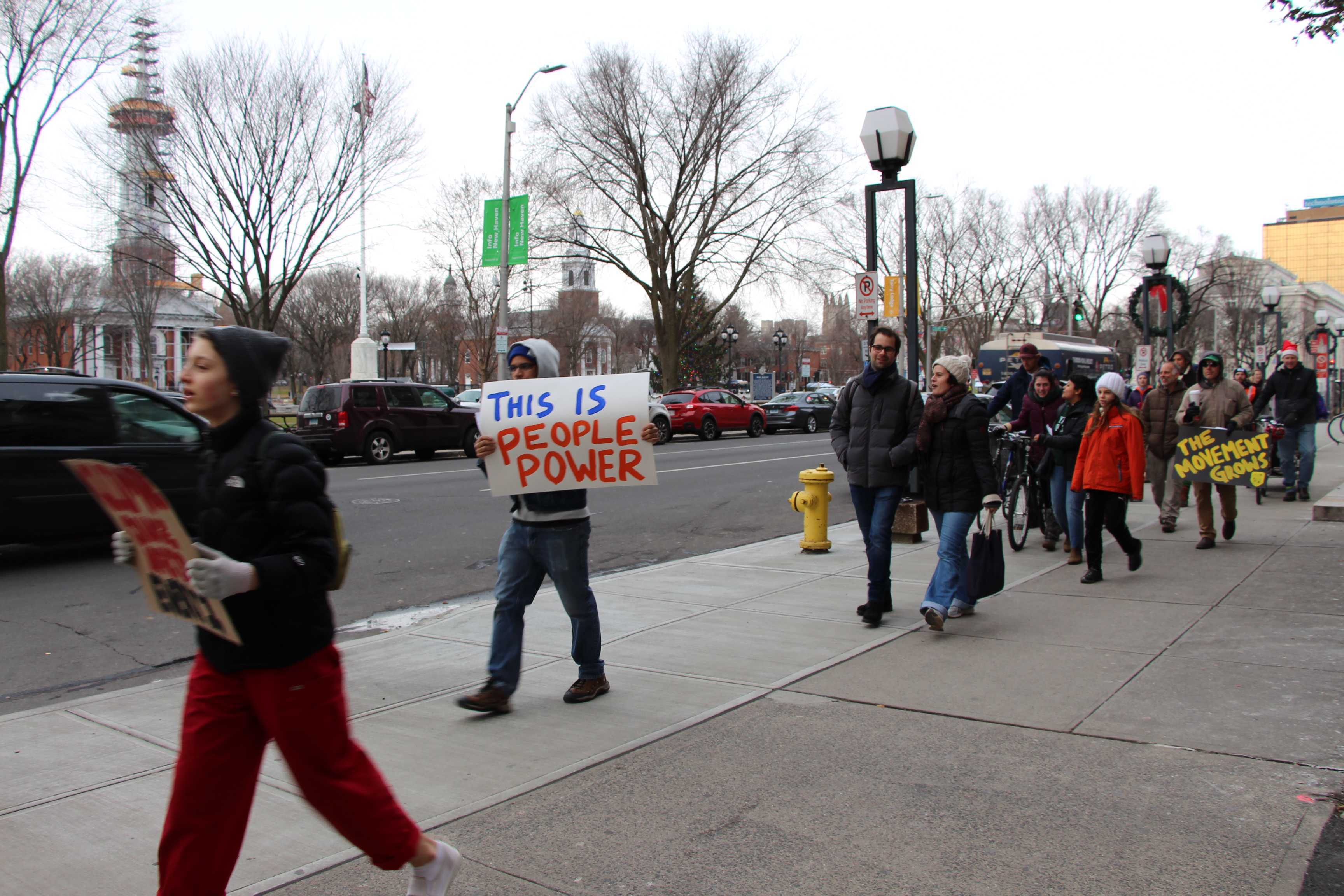