Morgan Boys Soccer is a Staple in Shorelines 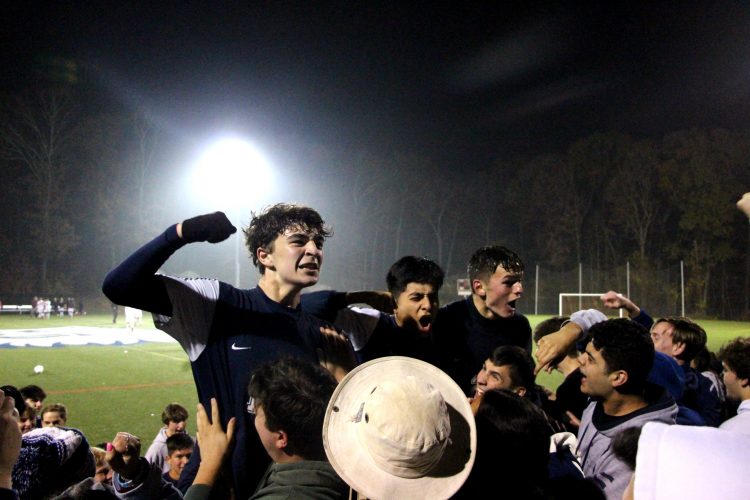 Morgan Boys Soccer has been a cemented figure in the Shoreline bracket for many years now. The year of 2019 has been no different as the boys went all the way to the Shoreline finals.

This win sent Morgan to the Shoreline finals with a date against familiar rival Old Saybrook. The finals took place on November 8, which once again became a back and forth fight. After 80 minutes of gametime there was no clear winner. When the buzzer went off at the end of the game, the score was a 1-1 tie. This resulted in a second consecutive game for Morgan that went into overtime.

With two 15 minute periods on the clock, both Morgan and Old Saybrook were able to put a goal in the back of the net making the score 2-2.

CIAC has made changes in the past years to tournament rules regarding finals. These new rules now dictate that if a tie remains after overtime, the two teams playing will become co-champions.

Based on these rules, Morgan and Old Saybrook ultimately became Shoreline Co-Champions after playing to a 2-2 draw.