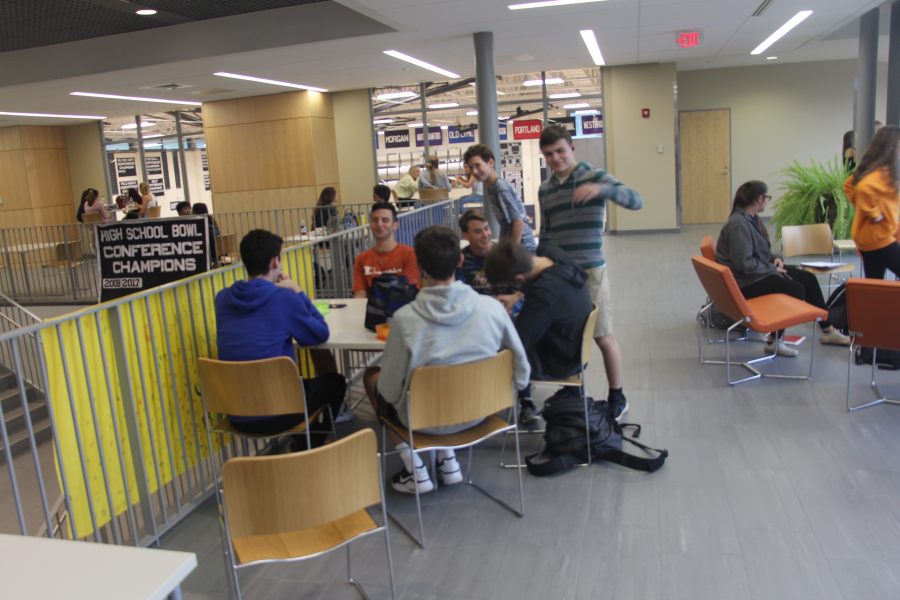 Cliques, a problem or a culture?

Nowadays in school, it’s all you see, groups of kids that have known each other for as long as they can remember. At first look, there’s nothing wrong with that, but if you look deeper, you may wonder if people are getting left out?

During lunch “cliques” or small groups of people with shared interests who aren’t very open to introducing new people into their group are talking, making plans, and just joking. Some groups of students are more welcoming to others than other groups.

Principal Keri Hagness acknowledged that groups of students enjoy spending time together. She said, “I think the word clique denotes something negative. I think groups are really what they are, and they have a norm they’re liking.” Mrs. Hagness said, “Groups change as the students get older here.”

Students surveyed at The Morgan School agreed that there are cliques or “groups.” Senior Maria Avila said, “You can walk into any hallway, and you can see groups from three to four people just talking and taking up space in the hallway.”

Students identified different cliques such as “football players, smart kids or just the kids that go with the flow.”

What are your opinions on “Cliques” or groups? Do you think they are good or bad?