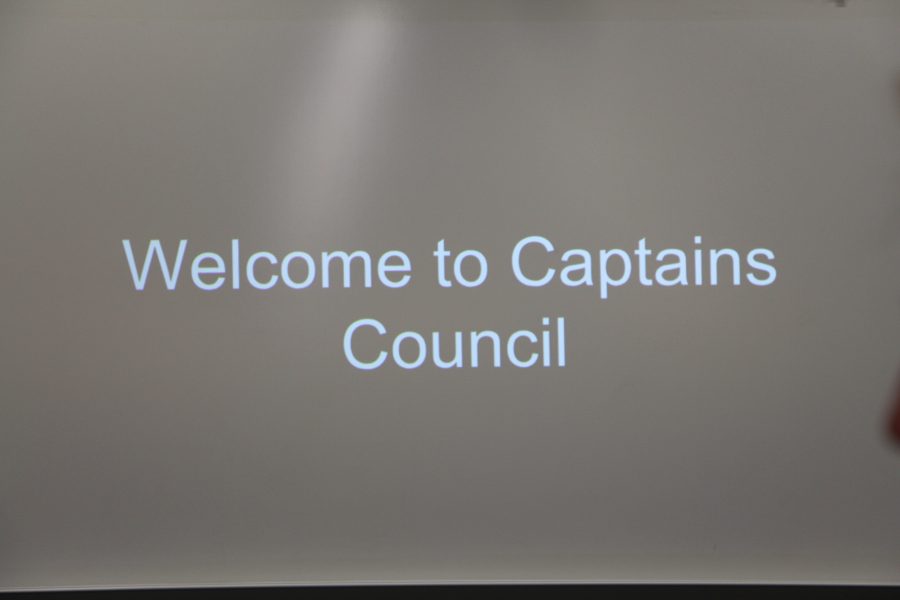 On Thursday, March 21, 2019, in the A-wing collab room, the first ever Captains Council was held. Captains Council was an idea formulated by senior JP Nye for his Legacy Project for his Husky Leadership class. The purpose of the Legacy Project is for the student to recognize something in the school or the community that they believe needs improvement and create a project to improve it. As a football captain, JP acknowledged that there was a flaw in the roles of athletic captains on Morgan sports teams so he created Captains Council to fix it. 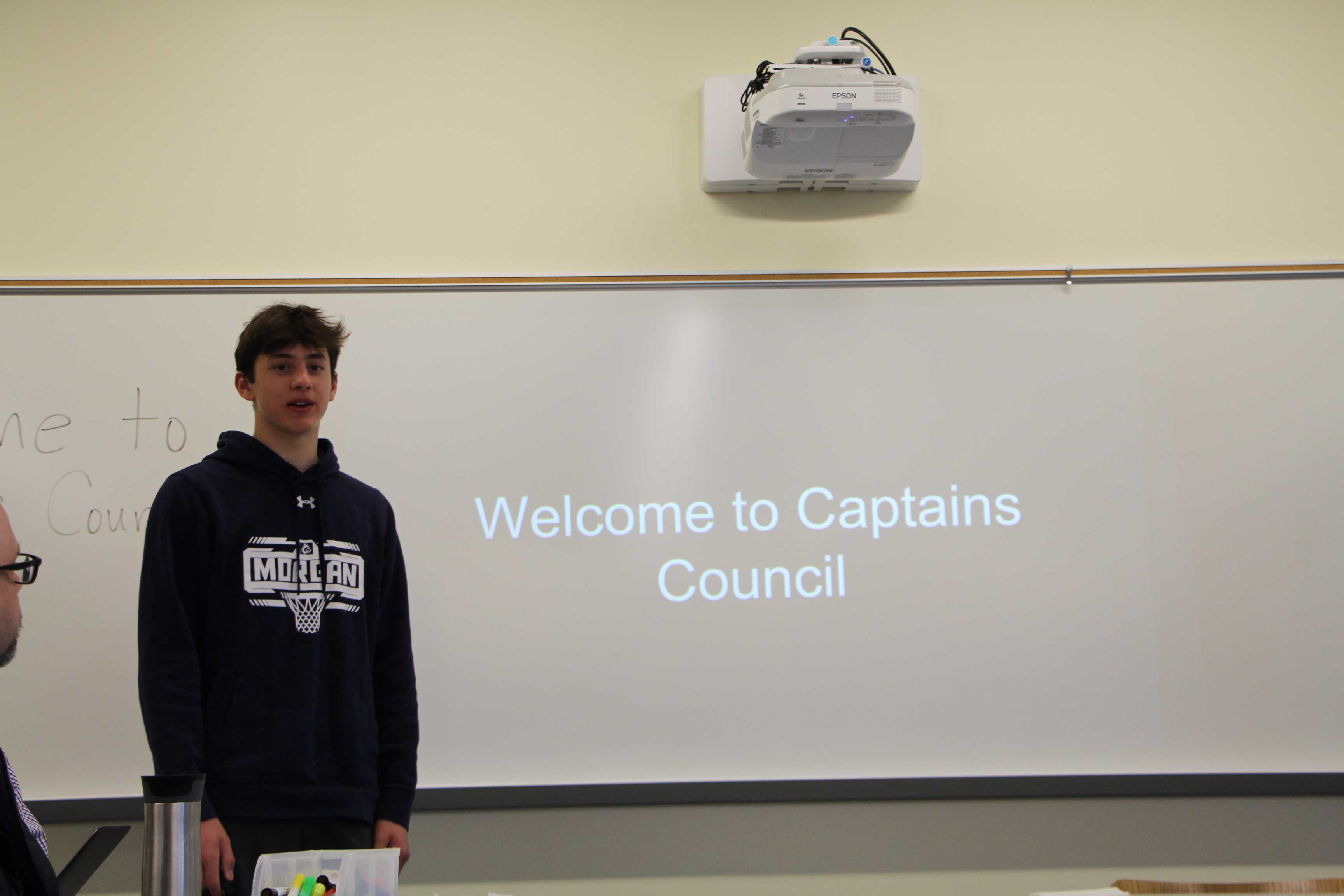 The event was meant to identify what it means to be a captain and how a captain should act in various situations. All spring sports captains were invited to attend the event. The turnout was plentiful with outdoor track captains Sydney Church, Alyssa Lemay, Justin Mucha, and Caleb Adams-Hull, and boys and girls tennis captains Garrett Johnson, Chris Nuzzo, Paddy Murray, Beatrice Atengco, and Rebecca Cockley. The boys and girls lacrosse teams were represented by captains Matt Luchuk, Ryan Caldwell, Zak Johnson, Erin Lindsay, Olivia McCray, and Grace Roman. The baseball and softball teams were also represented by their captains AJ Fritz, Maggie Mahoney, and Sage Follo.

The day began with a complimentary breakfast of bagels, donuts, and fruit for all of the captains. Senior Dan Radka assisted JP in executing the event and led the group in determining their leadership styles. Each leadership style has a corresponding animal that best represents it. The captains then broke off into their designated leadership styles and created lists of strengths and weaknesses for that type of leader. Then they shared them with the group. 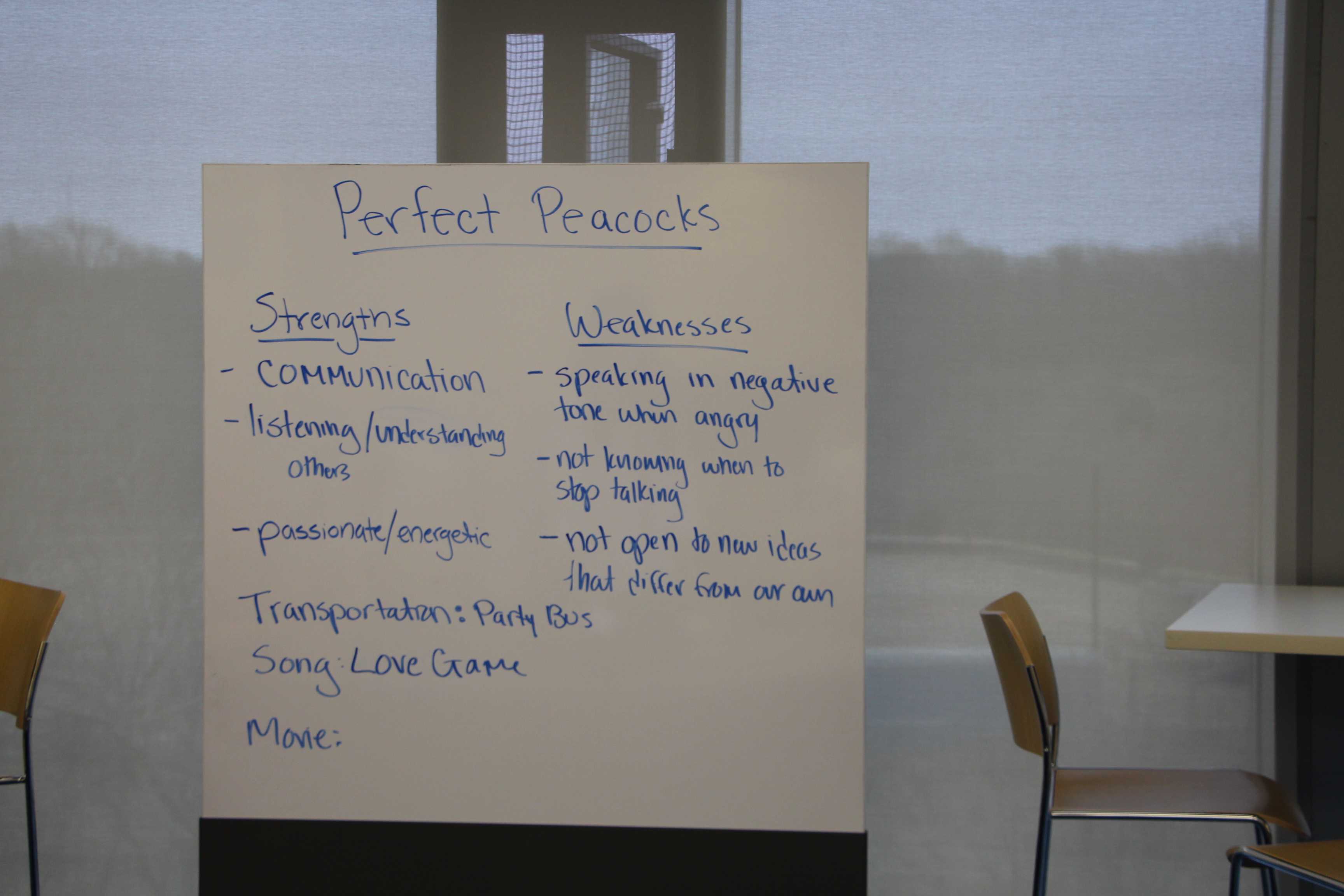 Assistant Principal Tyler Webb, who also assisted in the event, led the group through various scenarios that a captain may face and determined what to do and what not to do. Throughout this session, he periodically asked for advice from history teacher and boys tennis coach Christopher Zawadski. 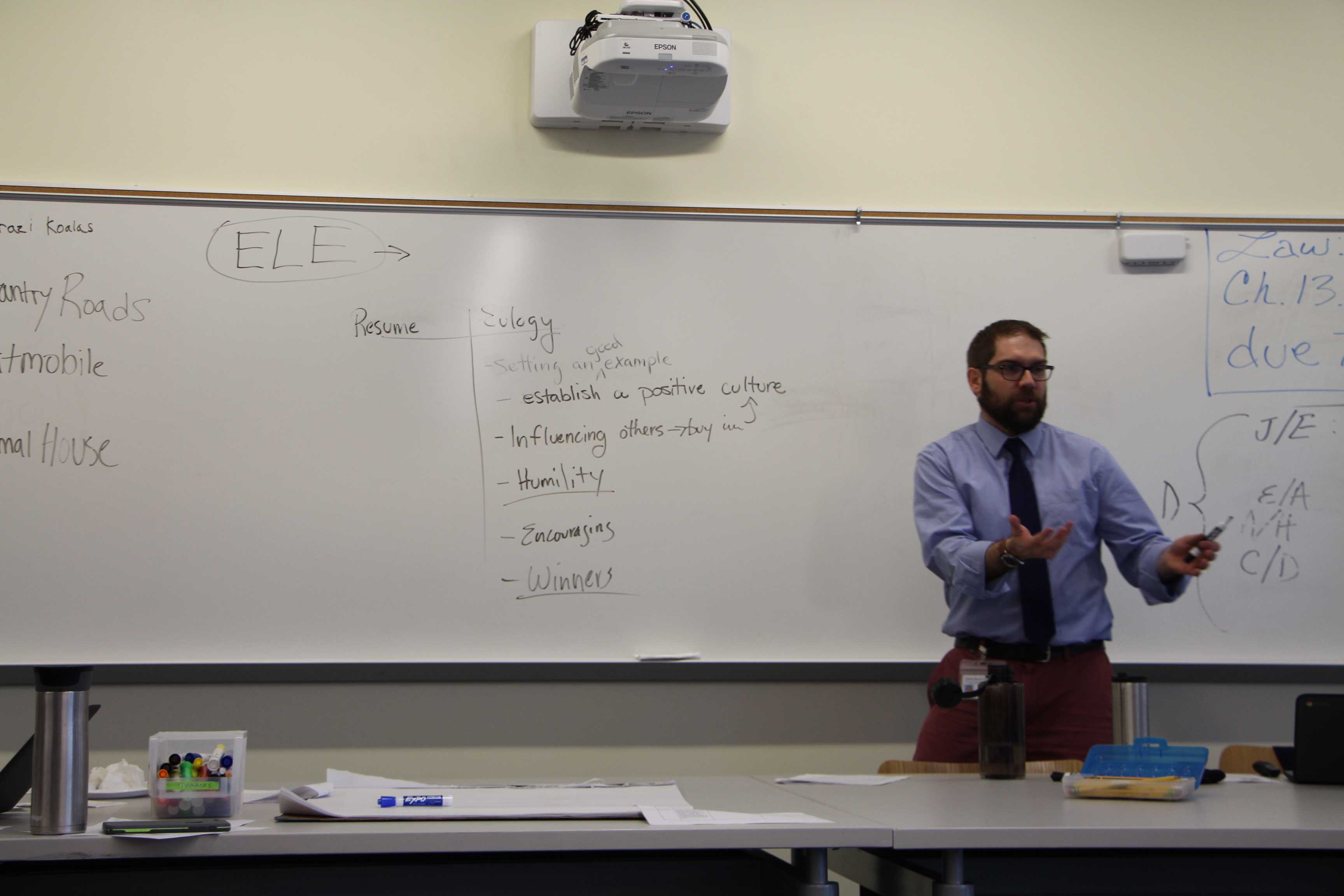 The event concluded with the captains breaking off into their respective teams to make a list of legacies they want to leave and goals they have as a team. Each team then shared the lists with the group. 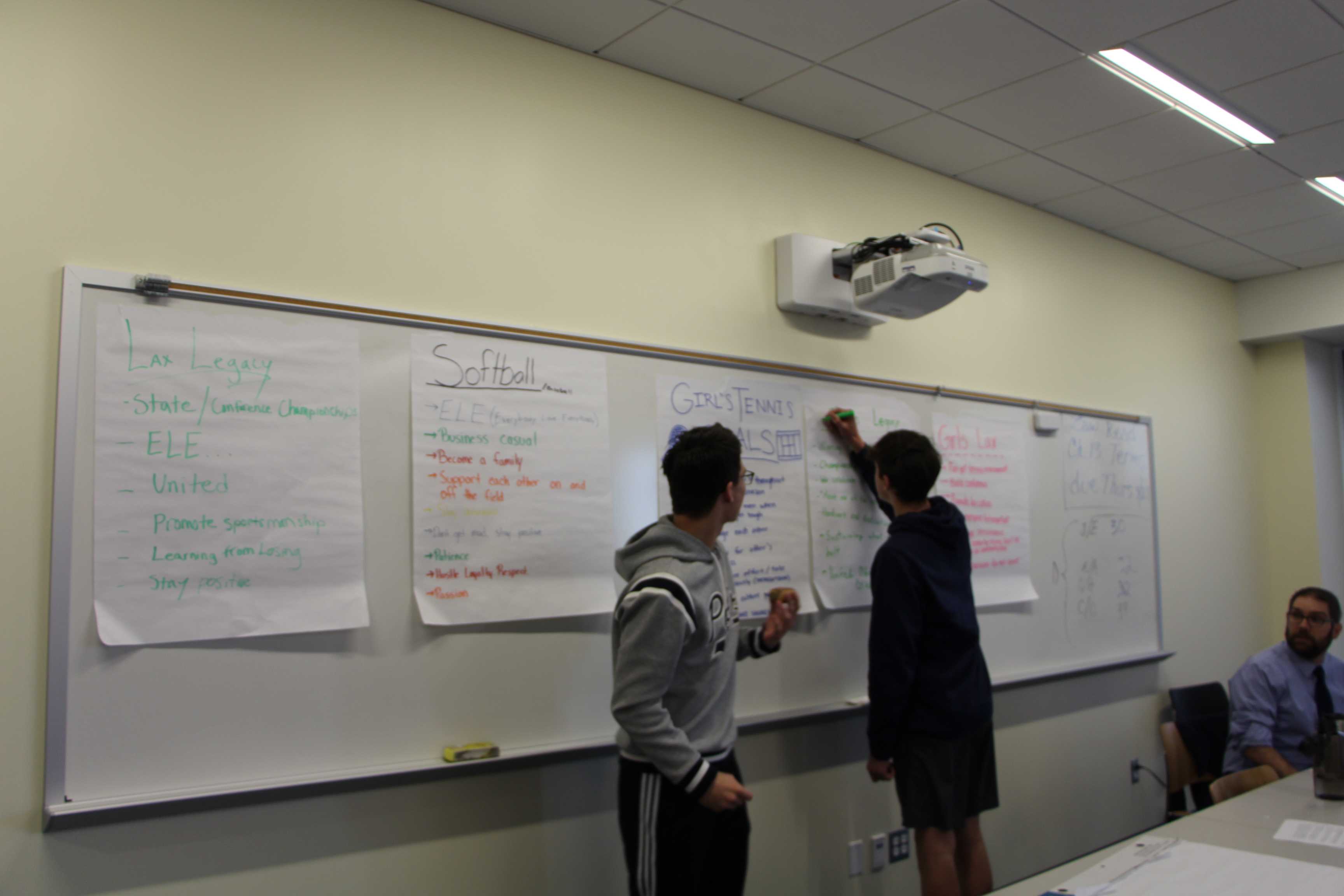 The event was a great success. JP said, “it was a great start to an event that will hopefully keep improving over the years and even throughout this spring sports season. The goal is to see a visible difference between the captains and their teams that will translate to differences on the field”. JP hopes to pass down the responsibility of leading Captains Council to a current junior so that it may turn into a yearly tradition. 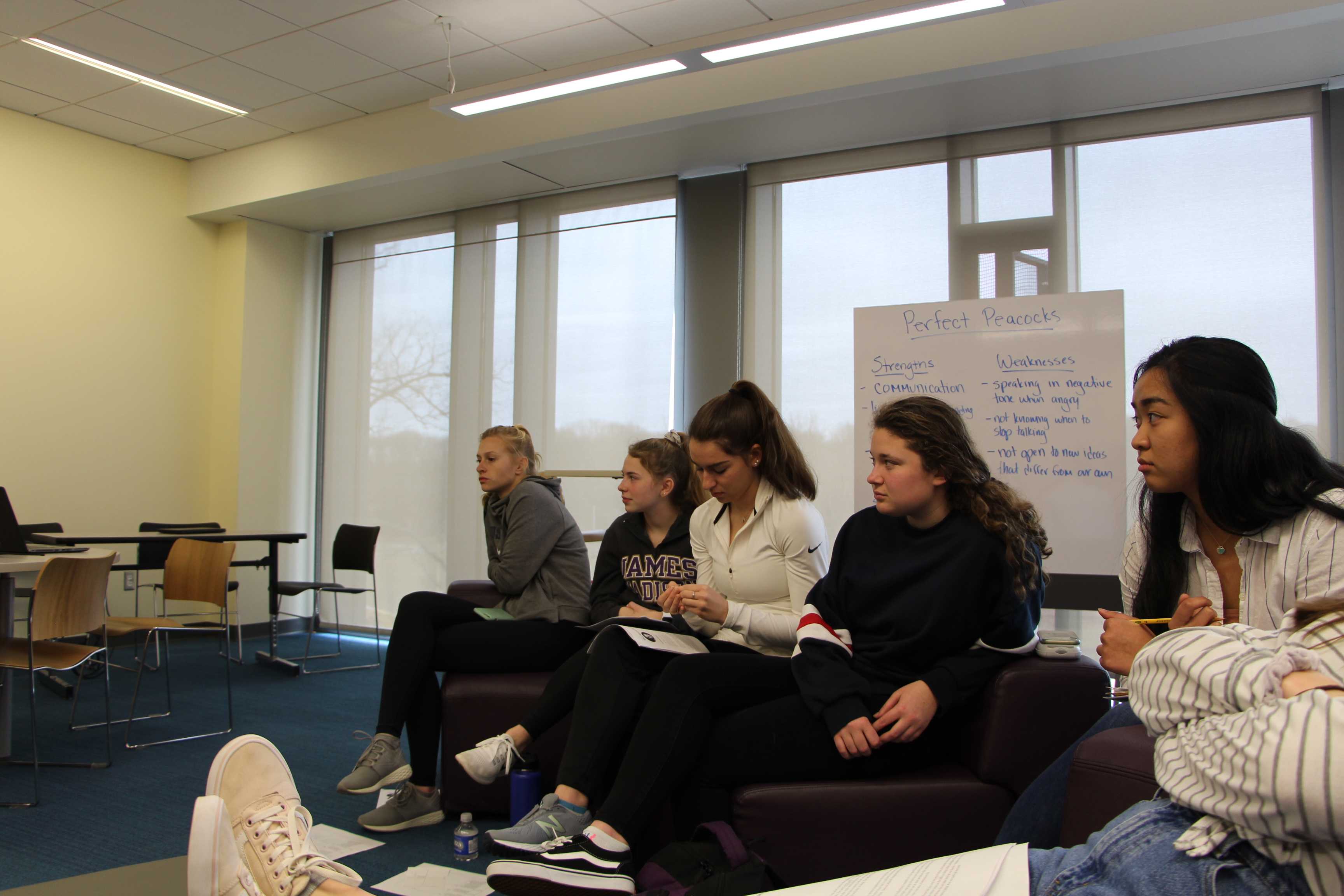