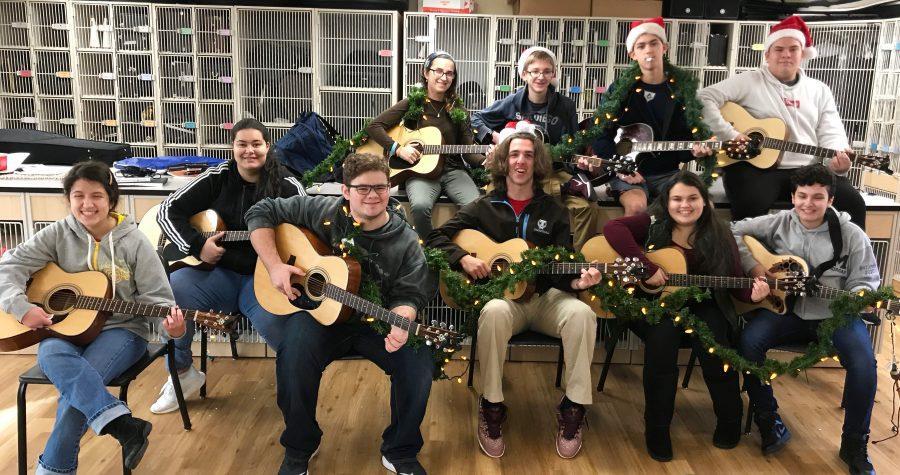 On Tuesday, December 18th music teacher Ray Smith’s Beginning to Guitar class celebrated the holidays by performing Christmas carols in the upper hub. The class had been practicing the songs for a while leading up to the concert. The concert was led by Teacher of the Year Mr.Smith or better known by students as chief. The concert consisted of classic Christmas songs such as Rudolf, Jingle Bells, and many others. The concert drew in a big crowd of students getting into the spirit.

Mr.Smith teaches many music classes and leads Morgan’s Band. He also leads a Morgan Rock Band class that performs in school later on in the year. 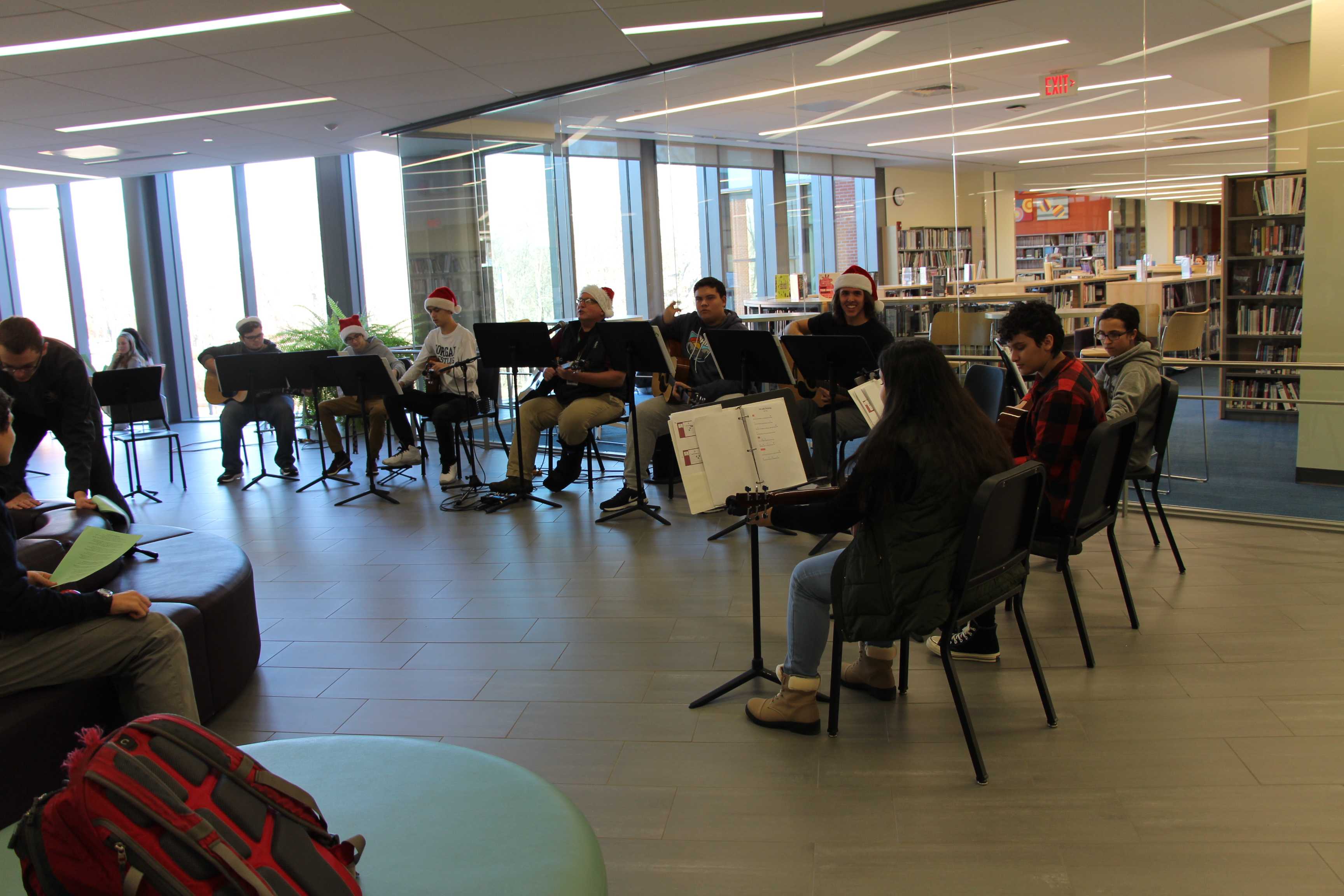