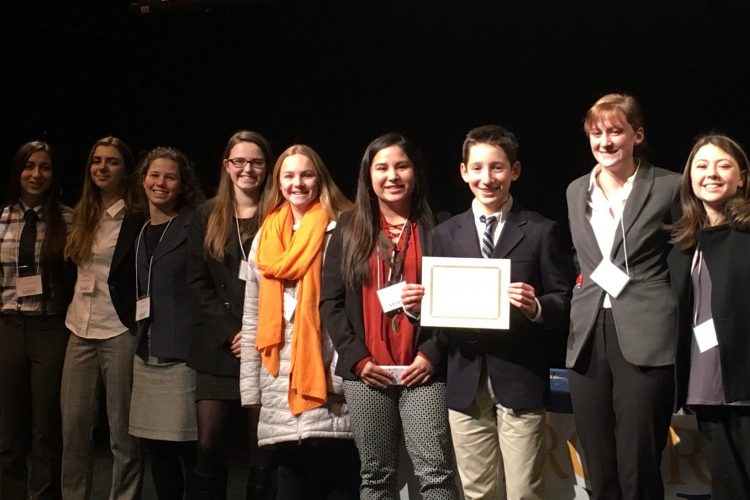 On Sunday, December 9, 2018, students that are part of the Model UN Club here at Morgan attended the University of New Haven Model UN Conference (Charger Model UN). Model UN is a simulation of the United Nations in which students represent countries of the world and debate on various topics and issues within their assigned country. One of these topics could include the need for education, global warming, etc. Students prepare for a conference by creating a position paper to present. All of the research done on these subjects is solely done by the students. They need to be familiar with their country’s allies in order to fix their country’s problem.

Morgan’s Model UN team as a whole won an award for Outstanding Delegation, only 3 out of the 20 schools who attended won this award. In total, five students from the Morgan Model UN received awards: Ella Franzoni, Sarah Auletta, Annalyse Olcott, Kaitlyn Tunney, and Isaac Adler.

Junior Sarah Auletta stated, “The conference was overall very successful for Morgan, we all went in prepared and ready to make a deal with other delegations in our simulation of improving the world.”

Social Studies teacher and head of the Model UN team at Morgan Emily Russell stated, “We did great! We were one of the top 3 schools who attended.” Ms. Russell also added “We have been in 2 competitions this year. Our next one is The Yale Conference.” She also stated that her goal for next year is to “grow our team and to get more people interested.”