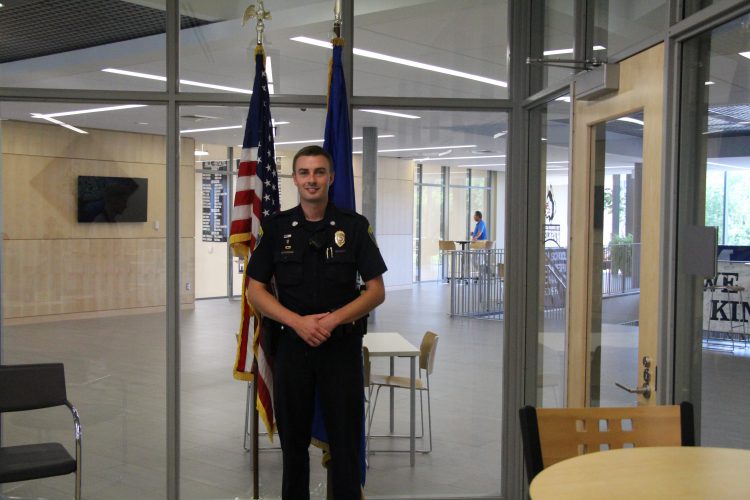 Morgan has a new school resource officer, Spencer Mangs. He will be our new SRO for the next four years.

He described his job with the one word “rewarding.” The best part for him about being an SRO is having interactions with kids on a daily basis. As for the police department in general, his favorite part is the satisfaction of being able to help people on a daily basis. “They’re both very different, but currently, I’m very satisfied with my role as an SRO.” 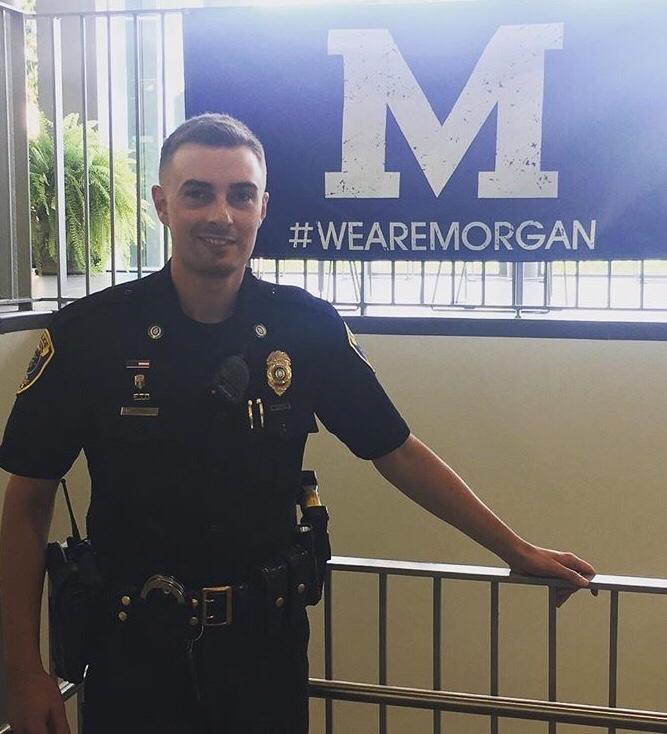 There’s more to his job as an SRO. The job involves “handling small situations before they become larger ones and keeping the school the safest it can be while maintaining a good relationship with the kids.” Officer Mangs’ goals for his next four years at Morgan are to “strengthen the relationship between kids and the police department”, leaving the school safer than it was when he got here, “as well as getting involved in as many events and activities that I can.”

Spencer shared a funny moment he’s experienced so far at Morgan. “I saw a freshman open a locker into his own head, but I was able to help him open the locker.”