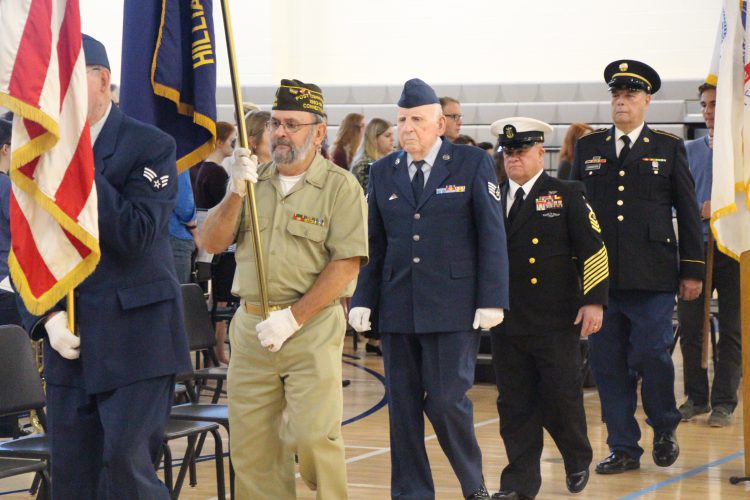 It’s that time of year again to appreciate those who have greatly sacrificed to serve our country. On Friday, November 10th, the annual Veteran’s Day assembly will be held from 10:00 to 10:50.

It is an assembly that has been greatly supported by the town and community, along with faculty and students at the school. Assistant Principal Tyler Webb said that it is “one of the best things we do, and its really powerful and moving”.

During the assembly, both band and chorus will perform. In the past, students read poems that related to Veteran’s Day and serving in the military. This year, instead of poems, three students will be reading letters that soldiers who were serving during different wars wrote home. The letters were written during WWII, Vietnam, and the second Gulf war. The change was made because “it would be more personalized,” explained Mr. Webb. The letters might provide a more personal insight of what different people went through while serving. The students who will be reading the letters are Cassidy Shepard, Annalyse Olcott, and Nicholas Hannon.

After the assembly, there will be a luncheon for veterans that is catered by the Consumer Science teacher Juanne Nunan’s Foods II class.  The students catering are Nick Caprio, Sophia Dowd, Ryan Farrell, Destiny Goding, Carly Schmeidler, Cassidy Shepard, and Stephanie Terrace.