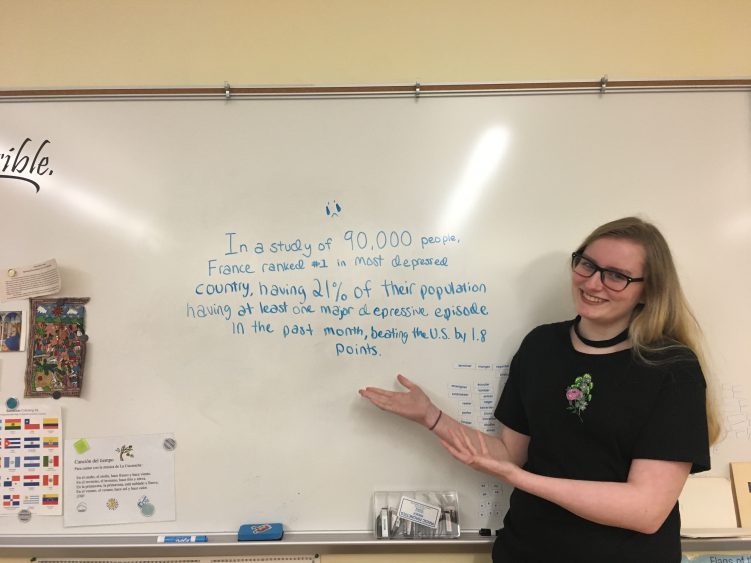 In each of Mrs. Martino’s three classes, the students researched a weird, small, fun fact about France or French people. Each of them then created 5-10 second videos, saying their fact. Some students created pictures on the whiteboard that represented their facts, others stood in front of French posters.

These students were able to learn a little more about the country that an entire week is dedicated to.

Below are some of the students’ videos that they filmed in their classes. French students hope that this helps you appreciate and know more about France.