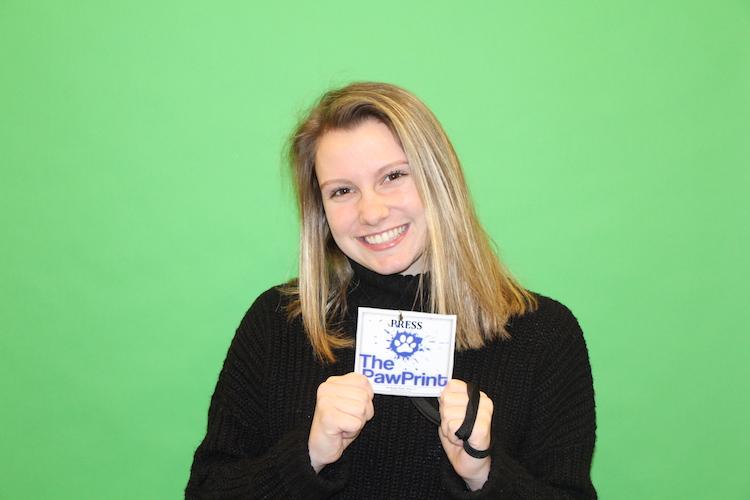 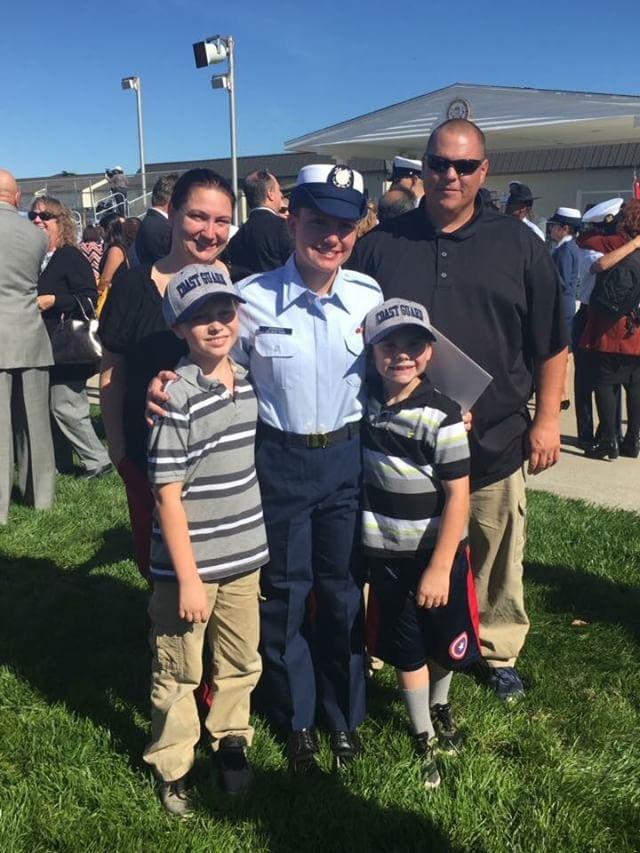 Former Morgan student Autumn Johnson, aka “Auts” on the softball team, graduated this year with the Class of 2017, and is now in the Coast Guard. She decided to join the Coast Guard at the very end of her senior year and attended boot camp in Cape May, New Jersey, for eight weeks. She is currently stationed in Virginia on a 270 foot cutter. Her job consists of painting, line handling, and many other tasks in order to keep the boat looking good and working.

“Shoutout to my cousin Ashlynn. Hope you aren’t having too much fun! Miss you! Xo.” Autumn does not get to see her family as much as she would like. “I’ve seen them once in the past three months, right after boot camp.”  Her job title is “Seaman” which consists of mostly hands on deck work. “But really we are one big team, and we help out wherever it’s needed.” She will be in the military for the next six years, then plans to hopefully re-enlist and is planning on serving twenty years in the service.

“I chose the Coast Guard because at the time it was most appealing to me. I grew up on the shoreline and absolutely 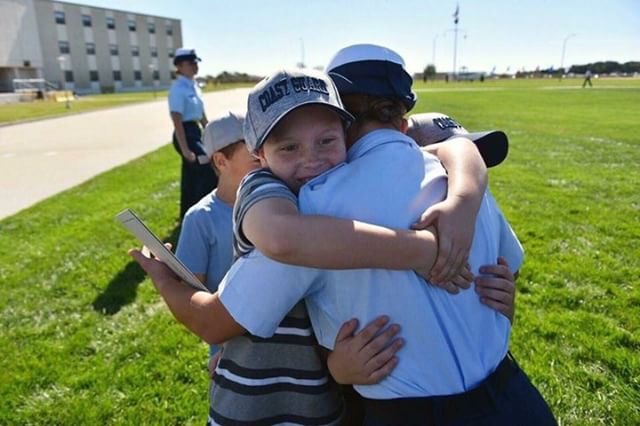 love being on the water. Growing up I always enjoyed helping others, and this is the perfect job for that.” Autumn does not like being away from her family and missing holidays but loves how friendly everyone is. “From what I have noticed, everyone is extremely welcoming, supporting, and enthusiastic.”

“Before I left I was really nervous and excited. Now, it’s just a way of life. I’m used to working every day and standing duty. I’m no longer nervous, but I am very eager to continue advancing up and to travel.” She described her experience so far as informative and fun. 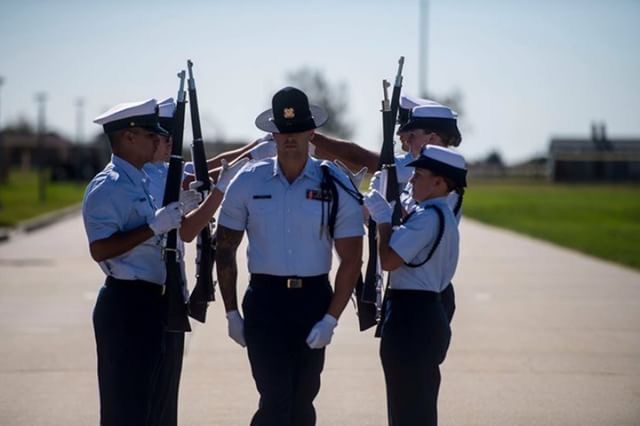 Autumn likes the Coast Guard better than high school. “Everyone is much more mature here, and it is extremely diverse so there’s always some people you’ll mold well with. We have freedom here, and we are fighting for a good cause.” She loves being in the Coast Guard. “Boot camp has taught me so much. It’s unbelievable and I’m living on my own and about to go to the Caribbean. Life is literally so good.”

She misses her friends from high school. “They changed a lot after graduation. I only talk to 3 or 4 people consistently now.” She misses seeing them every day. “It was a really difficult adjustment.” In high school, Autumn ran cross country, indoor track, and played softball. She described high school as interesting. She said that if she could redo high school, she would focus more on her school work instead of hanging out with her friends all the time, but other than that, she wouldn’t change anything. “Every choice I made has led me to where I am today.” It feels great for to be out of high school and onto the next chapter of her life. “I think Morgan prepared me really well for this change, and I can’t thank the teachers/staff members enough for that.” 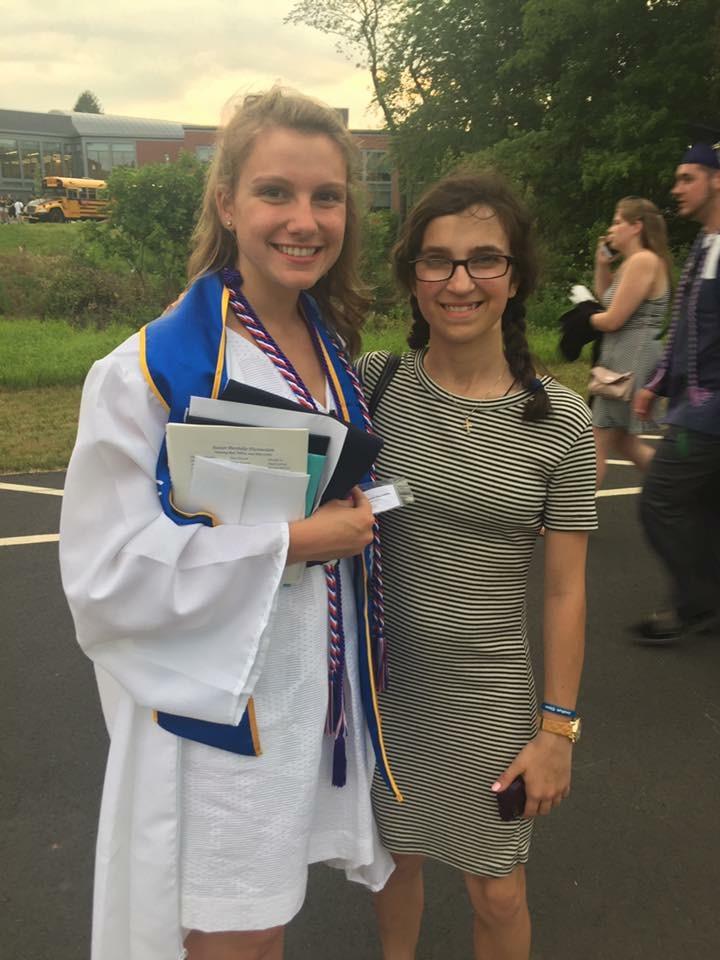 Her favorite teacher was Social Studies teacher Rachel Antle. “Having her as a teacher for the past three years has been fantastic. I have learned so much about history, psych, and life in general from her. She always told me how it was, and I am really appreciative of that.”

Mrs. Antle has known Autumn since her sophomore year of high school and has had her in World History, Civics, as well as Psychology. She said that there were too many funny stories of Autumn in her class to choose just one. She said it was tough to have Autumn as a student in her sophomore year when she first came to her class. “Then after we got to know each other, she quickly became one of my favorite students.”  She described Autumn as a transformation. “She really transformed from a somewhat difficult student who was resistant to doing her work and studying and even asking for help and really trying to do the best she could. She really turned it around by the end of her sophomore year.” Mrs. Antle is very proud of the woman that Autumn has become. “She decided to join the Coast Guard and boot camp. She’s very determined, and when she sets her mind to something, she does it. I’m extremely proud of her, and I do miss our daily chats.”

Autumn’s advice to any students who are thinking about the military or college is to get away from home. “Yes, it is extremely hard to adjust to- but so worth it. This is one of the only opportunities most of you will have to pick a new state/country to live in! Make the most of every opportunity you’re given and make sure YOU choose where you want to go- not your mom, dad, grandparents, etc. Do what feels right and make the most of it. Make good choices throughout the process, and don’t stress out too much because it’ll all work itself out.”