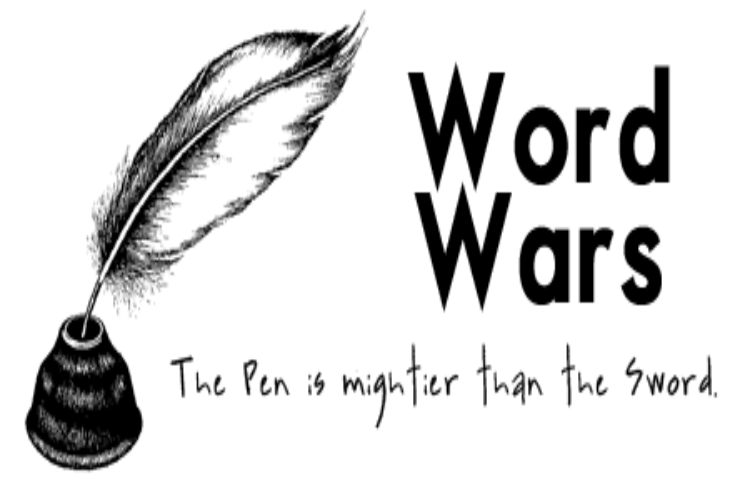 By Marc Catalano|
Featured Image via AnxietyInk.com
Definitions are taken from Dictionary.com

Disclaimer: There is no intention of making fun of people for incorrect answers.

Do you actually know what you think you know? I sent out a Google Form to the classes of 2018, 2019, 2020, and 2021 with eight questions asking participants to define different words.  The words have one thing in common: every word in the form has a new meaning thanks to the internet. The words were: woke, tinder, meme, googol, bigot, literally, tablet, and viral. What are the definitions of each of these words? How have the definitions changed? Read more to find out.

Starting at the beginning of the quiz was ‘woke’. No, the first question was not the name, although some had trouble filling that out. Woke’s dictionary definition is “emerge or cause to emerge from a state of sleep; stop sleeping.” In layman’s terms, woke is the past tense form of wake. Sophomore Logan Smith understood that when he responded with “To emerge from a state of sleep (past tense of wake).” The common misconception, thanks to the internet, is that woke means that you are very aware of your surroundings and understand what’s going on in life. As seen from junior Christopher King’s response, “If you’re woke you are enlightened to a new idea that you didn’t previously understand.” He wasn’t the only one. In fact, only 32.5% of participants got it right, for those math fans that’s thirteen out of forty.

This one is going to get toasty, word two was ‘Tinder’. For all those millennials out there and anyone younger, to be frank, they instantly think of the dating app. This was true of sophomore Mya Yetso’s answer, “A dating app known for people hooking up.” However, tinder is actually “dry, flammable material, such as wood or paper, used for lighting a fire.” A whopping 25% of participants got this correct, Sophomore Aidan Solivan is a part of that minority, saying tinder is “sticks or brush used to start a fire.” For those keeping scores, that’s ten out of forty that defined ‘tinder’ correctly

Read to cringe? Because ‘meme’ is up next. A lot of people associate meme with those images you see online with funny captions, and by a lot of people, I mean 95% of the participants. Only two people managed to get the definition of meme correct. For those that do not know, meme actually refers to the method by which cultural information is shared between groups and individuals. Since only two out of forty got it right, there were many different variations of wrong answers. Freshman Lucas Jenkins called a meme “a funny picture or video that becomes viral”. By far the strangest answer came from sophomore Jenna Kareliussen, who said that meme is “not a word. It’s a lifestyle.”  If any of your friends won’t shut up about memes, just tell them the OG meme definition.

It’s not Bing, it’s ‘googol’. Googol, often spelled as ‘Google’ by the company, refers to a “1 followed by 100 zeroes (1^100). The CEO of Google got the now iconic name as a play on words of googol. It’s ironic how now “google” is seen as the correct way and ‘googol’ is seen as incorrect. There were some smart cookies that saw through the lies of Google, like Logan Smith, stating that googol is “A number that is equal to 1^100.” Obviously, the most common answer, which totaled 70% of answers, was the search engine. Even though it seemed like an easy and obvious question, some students decided to add some of their opinions in there. Mya Yetso made her opinion known when she stated that googol is “A search engine; the BEST one.” Anyone’s mind blown yet? Well, we’re only halfway through.

By far the most controversial word in the quiz, ‘bigot’. This word is more of a buzz word, thrown around to sound negative whilst not actually checking if they fit the description. For some people, whenever they hear that word they think of the 45th, and current, President of the United States Donald Trump. That was evident in the responses, as three people responded with just simply “trump.” Sophomore Carlo Arnoldi is a victim of the buzz around it because he stated that a bigot is “An offensive person.” A more wordy response from sophomore Leo Woods claimed that a bigot is “Someone with beliefs that oppress other people/believe that they are superior to others based on trivial issues or characteristics.” While all of those definitions are believable in today’s society, the definition of bigot is actually a person who is intolerant toward those holding different opinions. Bigots are found anywhere on the political spectrum. So keep that in mind before throwing around the word.

The most annoying word in the English language, ‘literally’. This word has been overused to oblivion, especially in 2017. Literally has been turned into a word for emphasis, or as sophomore Tyler Manemeit put it, “used to show something is important.”  Literally actually means “in a literal manner or sense; exactly. Taking something literally.” This word has been so misused that only 7.5% of the 40 participants got this definition or something close. Literally is commonly associated with the stereotypical white female teen, as expressed by sophomore Emma Lehn when she simply stated that literally means “White girl.” In today’s society, she’s not far off. So when you say “I literally cried my eyes out.” you best be blind.

Everyone has at least one during their lifetime, it’s “tablet”. Today, tablets come in many shapes and sizes, well, not shape, but many different sizes from the size of ten phones combined to twenty phones combined. Some people see tablets as inverse phones, as phones grow taller, tablets get fatter. Can anyone pinpoint the use of the first tablet? Any tech-minded individuals out there would say it was by Microsoft in 2000, but the history buffs, all 7.5% of the participants, would say they go as far back as first century B.C. Before the da

wn of the new millennium, tablet referred to “a flat slab of stone, clay, or wood, used especially for an inscription.” most famously used by Moses. Sophomore Logan Cummings referred to a tablet as “a Kindle or maybe even a pill you take in the morning.” Points for uniqueness with the pill, but he still falls into the new millennium definition. But it is not a lost cause, as Aidan Solivan reached back in time to pull out the answer of “a slab typically made of stone used for ancient writings”. Both definitions of the word are accepted today, but the first definition is literal, centuries older than the new one.

Hopefully, what this article will be, and the final word, ‘viral’! Viral is just like tablet; for a long time, it had one solid definition, but then this little thing called the internet happened and the word gained a new definition. Viral originally referred to “the nature of, caused by, or relating to a virus or viruses.” Although junior David LaRiviere said it better when he answered with “The word viral can be applied to infections to describe their ubiquity.” Ubiquity is defined as “the fact of appearing everywhere or of being very common.” For the two people out there who don’t know, the new definition of viral, as freshman Lucas Jenkins put it,  “Spread across the internet quickly.” Just like tablet, both definitions work but never forget the OG, which lives on in 15% of the participants

Now you can all live the 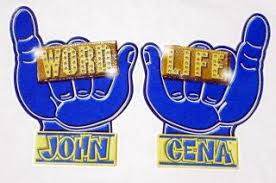 Word Life. Finding the words to use was a very enriching experience and seeing people’s responses was a mixed bag. For those of you who took it seriously, the 40 of you, I thank you as this wouldn’t have been possible without you. For those four that didn’t, I know who you are. But hey, you made it to the end so now you can answer my question…Did you know all that you thought you knew?