Working Hard Outside of Morgan 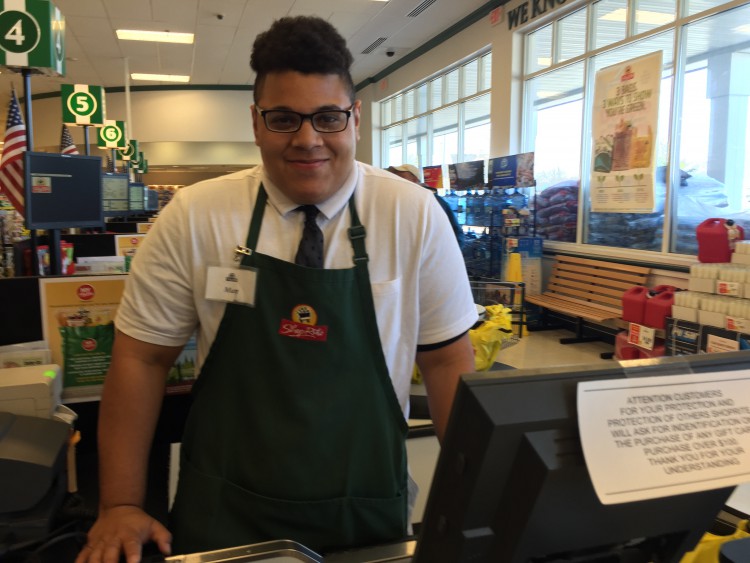 Outside of our lives at Morgan, students are involved in other activities. Between hanging out with friends and family, and working at a job, there’s a lot that keeps us occupied. Mainly juniors and seniors have jobs. Between the Clinton outlets, grocery stores, and restaurants, there are plenty of places to work. In the guidance office, there is a bulletin board for jobs in the area.

Senior Lily Cummings used to have a job working at a Bed and Breakfast in Clinton during the summer. She isn’t working there anymore because it is out of season for the most part. In her job, she just had to clean rooms people would stay in.  She thought it was fine, however, she did not like to have to clean the rooms that were left not so clean: “It’s kind of gross cleaning up after strangers in such a personal setting like the bed and breakfast.” Lily’s favorite part of her job was getting to know some of the guests, learning where they’re from, and why they were in Clinton. Most were for weddings. Lily found out about this job her sophomore year from the job bulletin board in guidance. She called them and was told to come to the B&B to fill out the application.

Junior Simon Hua has been working for Shop Rite since March in 2016. He enjoys going on self check-out because he doesn’t have to do anything during that part, but he does not like having to stand in one spot for 6 hours. Simon does not recommend anyone working there because it is a tiring job, and the management is not fun to work with. “As soon as I find a job that pays the same, offers me the same schedule, and is more manageable, I’m switching over.”

Junior Rachel Flanagan recently started working at Friends & Company, a restaurant in Madison as a hostess and would recommend her job because she loves where she works. Rachel said that she will probably work there until she goes to college and maybe some summers during college. The part of her job she enjoys the most is her co-workers because she gets a paycheck and tips, but doesn’t like having to stand and walk around for at least 4 hours especially on slow nights. “I decided to work there because my mom used to work there, and I knew the owners.”

Junior Amber Deluca has been working at Ben & Jerry’s in the Clinton Outlets for 3 months, and also found out about this job in the guidance office. She recommends the job and loves it because she loves ice cream, but people can be very rude. Amber is planning on working there until she graduates, and in the winter, it will switch over to the Snack Shack.

Junior Olivia Carroll has been working at the Gap at the Clinton outlets during the whole summer and is still working there. She doesn’t dislike anything about it. “I love everything about working at the Gap. I love my coworkers, managers, and the customers.” She isn’t sure how long she will be working there, but since she does enjoy working there, Olivia said that it will probably be for a long time. Olivia recommends this job to anyone who knows that they are fantastic with customer service.