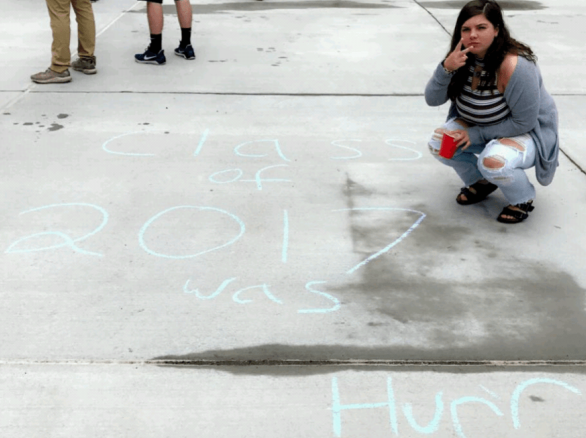 Monday, June 5th Morgan seniors attempted to pull off a successful senior prank. The idea was to have a barbecue in the visitor’s parking lot. The barbecue was supposed to consist of activities such as grilling delicious hot dogs and hamburgers. The administration said it was not allowed due to fire safety. Seniors also wanted to partake in a water pong tournament and other fun party games.

Unfortunately, students who anticipated playing water pong came to a rude awakening, when the principal of the Morgan School sent an email to students warning them that if the tournament occurred they would not be able to walk at graduation. Assistant principal Tyler Webb stated ¨Perception is a reality. In other words, if you guys were to be spotted by administration or bystanders playing a pong game then Morgan would receive a false reputation for encouraging drinking.¨ Although, principal Keri Hagness, did allow students to hang out in the back entrance. Music was played throughout the event and it is safe to say that principal Keri, Hagness is not a fan of Migos. She requested that Senior,

Principal Keri Hagness did allow students to hang out in the back entrance. Music was played throughout the event, but Mrs. Hagness did not approve of Migos. She requested that Senior Dashaun James turn his vulgar music off. Seniors were upset that they did not get to follow through with their original plans. Hopefully, they did enjoy eating snacks and listening to censored music.

Graduation is on June 13th and all seniors will be walking the stage as their families and friends celebrate their 4 years of success.