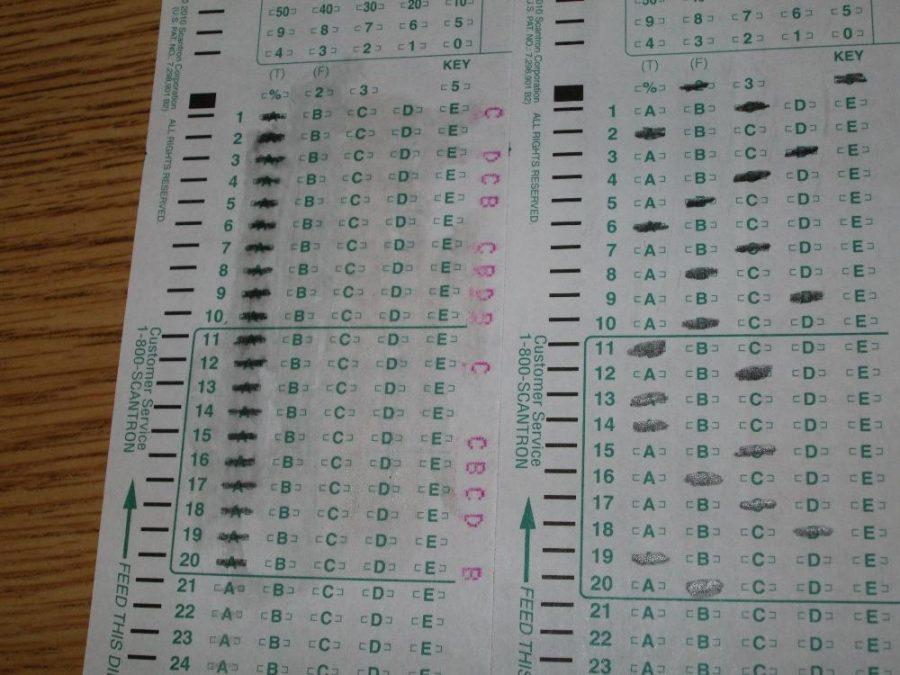 I never wanted to a disprove myths like a certain television show I won’t mention.
But this one is too good to pass up.
There is an urban legend that says that if you rub chap-stick on a Scantron, you can get a perfect score. This urban legend has been around for about as long as Scantrons have existed. Rumor has it that it was started in a college.

There are overwhelming amounts of sources saying that this isn’t true. Snopes.com, a site where people check the validity of urban myths and legends, says, “… the scheme doesn’t work. Scantron machines optically sense marks made on the forms passed through them, comparing the bubbles darkened by test takers to those of the appropriate “answer keys” for each test. If anything, additional or extraneous marks on test sheets more likely prompt a result opposite to the one sought by the cheater: questions answered correctly would be scored as incorrect.”

Apparently, marking the Key box, a part of this urban myth, doesn’t work either. The Daily Legend says, “Marks in non-answer bubbles, such as in the “Key” box, may also result in the machine rejecting your Scantron, requiring your instructor to grade your test by hand. Even if marking the “Key” box did work, your instructor would most likely notice the fact that everyone behind you received bad scores, prompting him/her to take a closer look at your exam. Also, if the machine was fooled into thinking your test was a key, it wouldn’t print a score on your Scantron.”

But who are these people, and who cares what they say?

I think that the best way to check if something is true, is to test it out.

First we filled out a Scantron. With all A’s.

Then we applied chap stick to it.

We ran it through the Scantron machine.

And as you can see, it doesn’t work.