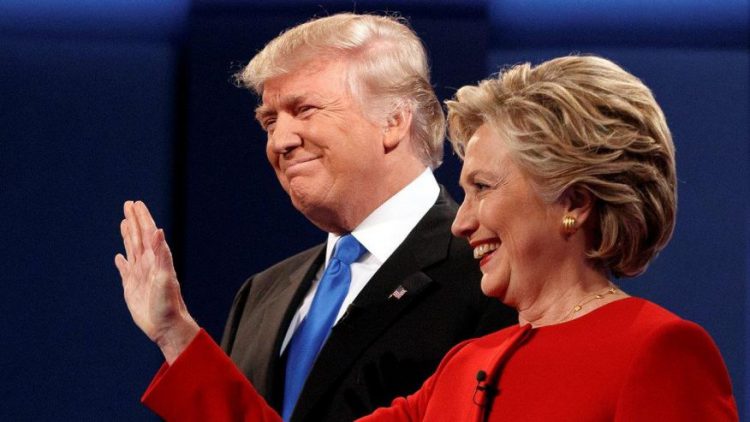 This past Monday, Republican Donald Trump and Democrat Hillary Clinton answered numerous questions about what they think will get them to the White House this November.

The debate aired on all major news networks and lasted 90 minutes. Both candidates faced each other for the first time at Hofstra University in Hempstead, Queens, NY.

Here are some highlights of Monday Night’s debate:

Question 1 – Why are you a better choice to create jobs?

“The central question is what kind of country we want to be in the future,” Clinton claimed. as well as elaborating on the current economy, jobs, and infrastructure. Clinton also attacked Trump and compared his economic plan to “trickle down economics” and re-named it “Trumped up, trickle down”

Trump responded differently, claiming “Our jobs are fleeing the country, going to Mexico and other countries, devaluing our currency, [and] no one in our government to fight them.” Trump also explained how taxes are a big issue “We sell into Mexico. There’s a tax, but not the other way around.” 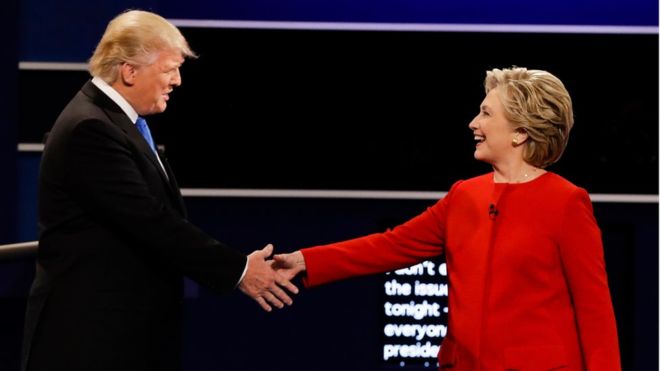 “We are almost like a 3rd world country,” Trump responded. He then elaborated on his answer about creating jobs, saying many jobs are leaving the country.

Clinton also responded, “Tax proposals don’t have changes in the corporal tax rates”. Clinton then claimed that Trump “tried to negotiate down the debt of the US.” In a surprise twist, Clinton mentioned her infamous e-mail scandal. “My e-mails were a mistake, [I take full responsibility for them].”

Question 3 – How do you heal the racial divide?

“Restore trust, work to make sure the police are using the best training, and techniques, [and only use] force when necessary, everyone should respect the law,” Clinton responded. She also imposed criminal justice reform and getting guns away from those who should not have them.

Trump mentioned “Law and order, we need it. If we don’t have it, we don’t have a country. Inner cities consisting of black and Hispanics are living in hell, and [we] have had thousands of shooting since Jan. 1.” He also elaborated on how gangs consisting of illegal immigrants are roaming the street and scaring people.

Question 4 – How do we handle cyber attacks? 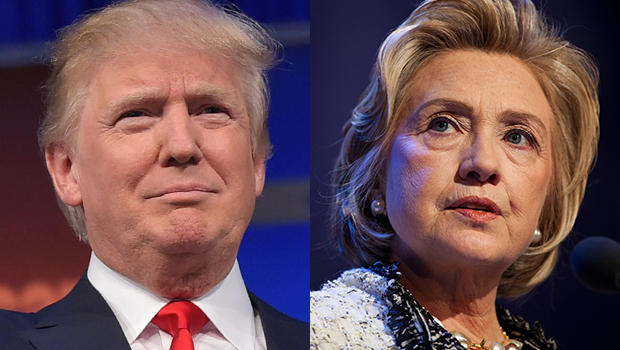 Clinton responded by saying “Cyber security will be a big challenge for the next president.” She blamed Russia for many of the cyber attacks that took place on US soil. Clinton mentioned and attacked Trump for being buddies with Vladimir Putin, saying “Putin let loose cyber attackers to hack into our systems.”

“Look at the mess that we’re in, we should be better than everybody else,” Trump claimed, also mentioning that China is behind many of the cyber attacks as well. “Under President Obama, we have lost control of the things that we have. Other countries are beating us. [There are] so many things we have to do better.”

Question 5 – How would you prevent homegrown terrorist attacks?

Trump responded with how oil has an influence on ISIS. “Oil is the primary source of ISIS income, now that the oil hasn’t been removed, they have expanded into Libya. Oil is the main reason that ISIS is continuing to expand.” Trump also claimed that NATO is taking the necessary precautions that can into the field of terrorism.

“[We] need to do everything we can to vacuum up intelligence from Europe, [and] turn our attention to terrorism. We will honor mutual defence treaties,” Clinton said, as well as attacking Trump by claiming he supported the invasion of Iraq, which has started a war that is still continuing today.

This was the most watched debate in US history. The next presidential debate is scheduled for next Sunday, October 9th.