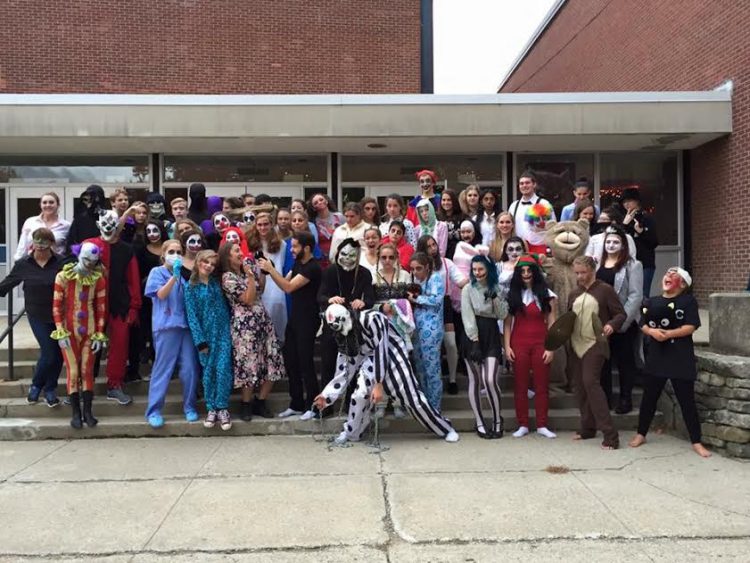 The Morgan School has a club named REACT – Reality Even Affects Clinton Teens. Many students believe REACT is only Haunted Hallways and Spirit Night, but it is much more.

President of REACT senior Alex Robison said, “I’ve been in REACT since 7th or 8th grade. I want people to know it is very fun. It is more than just Haunted Hallways. You make so many friends while helping your community. It isn’t very well known either.”

At the first Morgan REACT meeting on September 21st, I interviewed a Morgan alumni and also REACT alumni, Katie Baisden who graduated in 2013. Katie said, “It is a fun group of kids who just want to better their community, and I helped found it in 2011.” She is currently attending CCSU, and she is a senior but still comes back to Morgan as much as possible to help with the club she loves.

REACT members just want The Morgan school students to know that the club is more than just Haunted Hallways and Spirit Night. REACT is all about bettering the community and bringing awareness to subjects such as drug awareness. REACT also does activities to show the dangers of not wearing seat belts. There are many more events that REACT does that benefit the school and community that don’t get recognized, but they keep up their hard work. REACT is always welcoming new members and their next meeting is September 27th from 7-8pm. Thank you REACT for all you do.