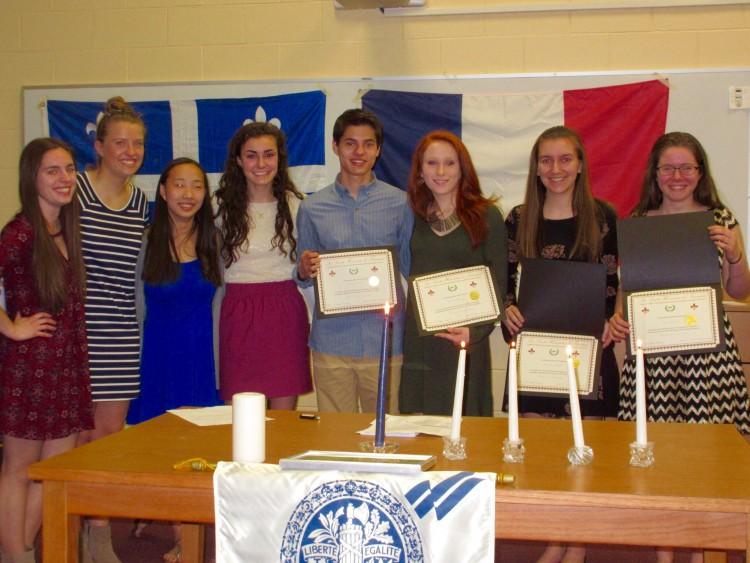 “Your source of motivation is an ingredient which can make all the difference.” Students taking French here at the Morgan School exemplify how utilizing their motivation to excel in school does

make a difference. This past Wednesday, March 26th, 2016, four French students were inducted into the French National Honor Society.

In order to be a recipient of this prestigious honor Senior Courtney Carroll, a  French National Honor Society member, explains, “You have to have at least a 90 average in college prep level French or at least an 80 in Honors level French every year.” Students are also required to do some type of French related community service. Courtney Carroll states that she “did not do any, but some people were required to tutor” classmates. In past years students have fulfilled this requirement by making 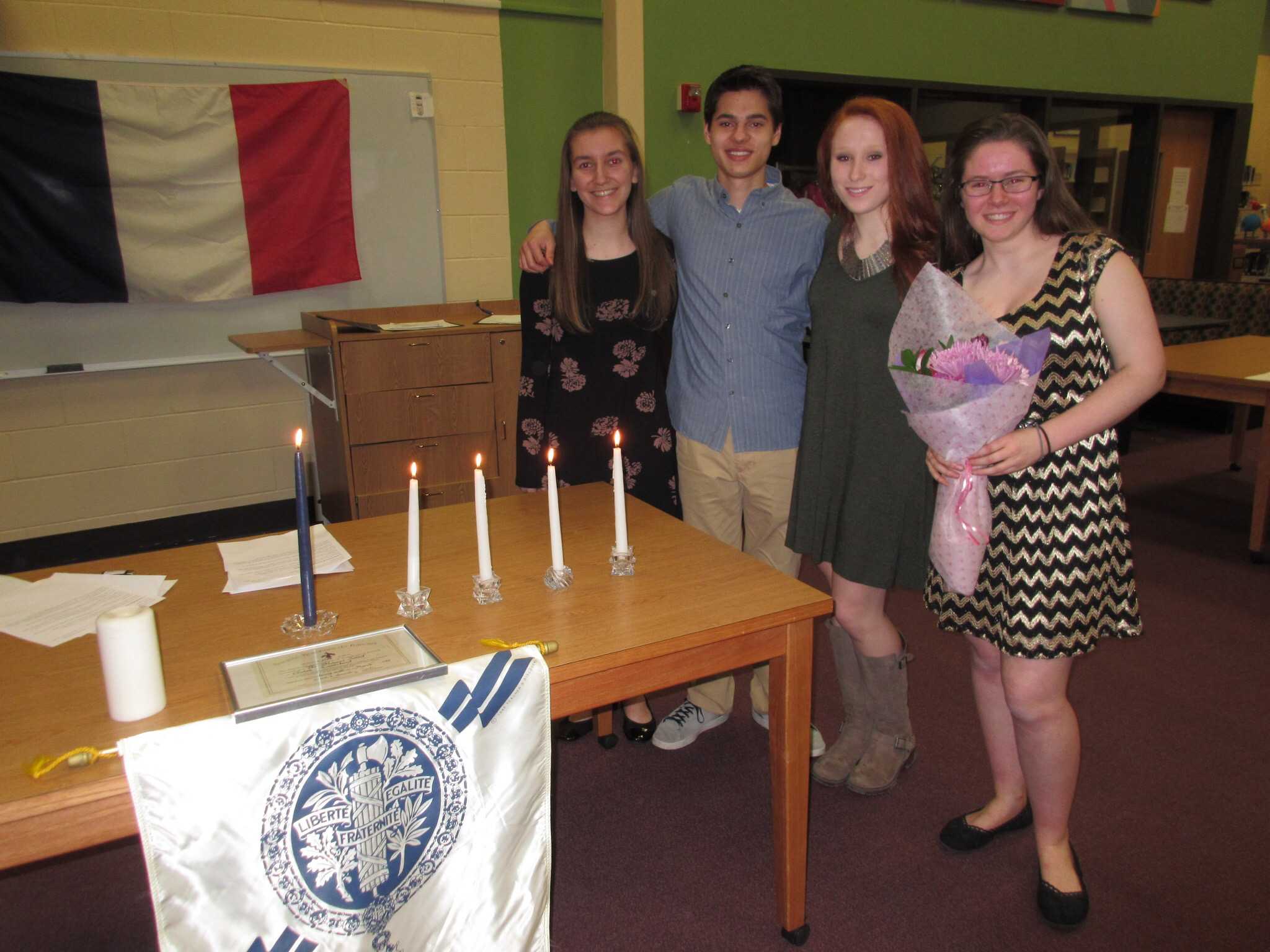 At the ceremony, which was spoken entirely in French, the newbies sang the national anthem of Canada, the seniors read the induction speech, and candles were lit. Carroll elaborated on the ceremony stating that it was “only 10 minuets” and recalled how she “forgot the words that [she] was supposed to say and started laughing in the middle of the song.”