A Sampler of Clubs 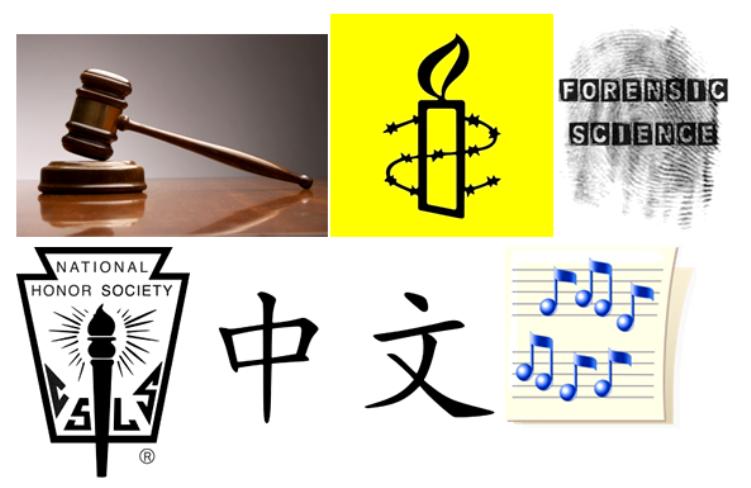 One of the things that many people like about The Morgan School is that it has many clubs that people can participate in.

I decided to share a sampling of the clubs here at Morgan, in case anyone needs a review after the activity fair.

Forensics and Mock Trial- In the words of Mr. Graham:

Forensics and Mock Trial are both extensions of the classroom.  Both experiences of Mock Trial and Forensics require students to use cross-disciplinary skills and knowledge.  Forensics has to recreate a crime scene that has already taken place, determine the possibilities of what occurred, analyze the results of the investigation, and try to determine who was right and who was wrong.

Amnesty – In the words of Ms Chausse:

Amnesty is a group of students who work with Amnesty International USA to provide basic human rights to all people around the world, such as free speech and adequate housing. The students send letters to governments to protest human rights abuses, and they educate others about many of the human rights abuses that occur throughout the world.

Chinese Club is run by our new Chinese teacher, Ms Jin. It is primarily designed to give Chinese students a place to practice their speaking skills. Also students will be exposed to Chinese media so that they are more immersed in the language.

The Morgan Musical works on a musical that will be presented to a real audience. They have put on shows like Fiddler on The Roof and Annie Get Your Gun.

The Drama Club is a club for aspiring actors. Participants learn about acting and practice skills that will help them in acting careers. Those who are participating will have the oppurtunity to perform a play for the eighth grade students.

To find more information on activities such as the Political Club, Art Club, Environmental Club, Husky Herald, Literary Magazine, all the clubs described above, and more activities that take place  at The Morgan School, visit Activities on The Morgan School website.