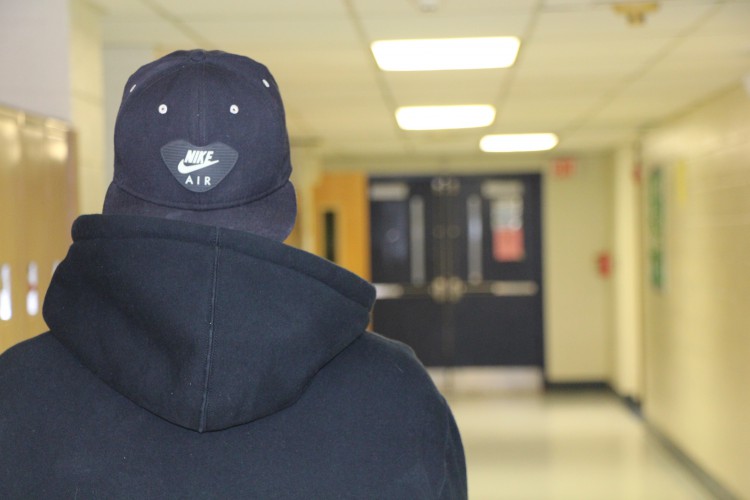 Over the years there have been many articles about a subject that angers more students than you would think. The topic is hats and why they should be allowed or not allowed. Why do  students and teachers  feel the need to wear hats ?  Why do some students fight so hard against the ban to wear hats?

Senior Conor Crowley had a lot to say about the topic.  Conor explained why the students at Morgan should be able to wear hats: ” In my opinion in a country where everything is starting to be about equality and expressing individualism, you should be able to wear a hat because I believe it does not disrupt the education process. In the past, it was considered to be disrespectful, but I think things have changed a lot. I was taught to take my hat off in a restaurants so I do, but I do not consider the school to be a place to take my hat off in respect. Students wear pajamas. It’s not exactly a high end place especially The Morgan School.”

Many students say that they also wear hats because they feel exposed and not themselves without wearing hats.  Some students believe that hats in any form do not distract other students or the hat wearers from their learning process . They believe the schools should allow them. A newspaper Texas reported that an administrator who tries to confront a student wearing a hat is a bigger distraction to learning than the hats themselves.

A Waterford, Ct patch article on hats asks ” How could a hat be a distraction? Students are allowed to wear bracelets in school, and some of them are brightly colored and could easily become a distraction.” Banning hats but not bracelets for being a distraction but allowing bracelets does not make sense. Hats were not always banned at Morgan. Our own Morgan alumni  Jonah Morello wrote Hats in School: What is the Official Ruling? in the spring of 2014, the first school year that banned hats at Morgan.

The majority of schools around CT and the rest of the United States claim the hat rule is about respect.  Some may believe it is being disrespectful to wear hats inside a building. What people do not realize is that many things have changed and that many kids want to wear hats to express their individualism.

The fight for the hat ban to be repealed is not to get even with anyone or to cause stress to anyone. As a student in the school for four years, I, Brendan Kyhn, look at all the accusations towards hats and I disagree with the policy. The reason students are so involved in the argument is because they feel that there is not a good reason to ban hats. Hat wearing students at The Morgan School respect their school, teachers, administrators and each other.

Assistant Principal Mr. Webb told The PawPrint that “If people feel so strongly about the hat ban, they should go to the Board of Education meetings and talk to the Board members about their opinion.”

If people want the hat ban to be removed from this school and to be able to express themselves again, sign the petition and come support the cause at the Board of Education meeting.

If you want to help end the ban of hats from Morgan, I, Brendan Kyhn, will be making a petition that anyone can sign. I will be walking the halls and will be in 3rd lunch where people can sign the petition. If you want to help support the cause come to a Board of Education meeting.