Wrestling Your Weigh to Victory 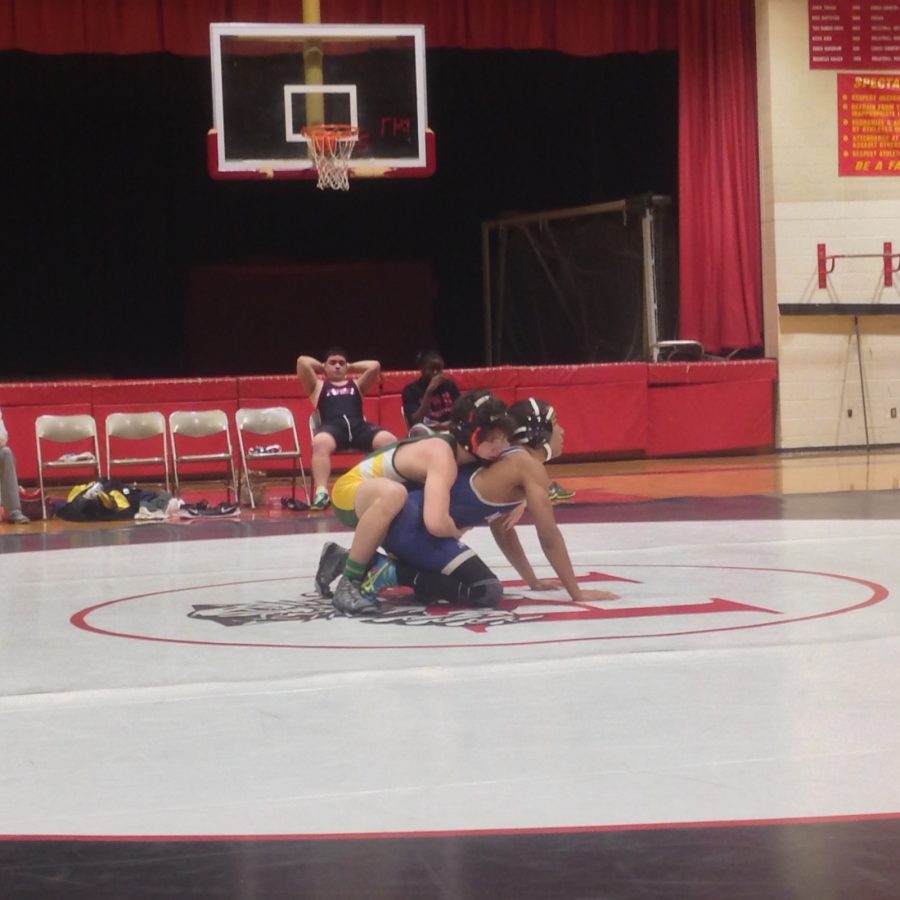 Wrestling is a sport involving grappling type techniques such as throws and takedowns, joint locks , pins and other grappling holds. When asked, Morgan Wrestling Coach Erik Liese said,” I feel that wrestling is very different than any other sport. It takes a strong willed individual to not only finish a season, but to be successful in the sport. There Is no team member to rely on and no luck involved; no Hail Marys or buzzer beaters. If you win, then you are the best wrestler. If you lose, then all you can do is keep your head up and train harder.”

Most of the wrestling practices are two and a half hours long. They consist of running, stretching, live wrestling, and technique instruction. Although these practices are repetitive, it is necessary for the team to master the sport.

The goal of wrestling is to earn more points than the opponent or to pin him. The list below informs explains how wrestlers can earn points.

Unsportsmanlike conduct: 1 point for your opponent

Stalling: 1 point for the wrestler’s opponent after the wrestler receives one warning; disqualification on the fifth stalling violation

The coach said that this year his team is very young, but that doesn’t mean the members don’t work hard. He also said that they are very instinctive with wrestling basics and use them in practice.

On 12/19/15, the Morgan Wrestling team went to Derby High School for a wrestling meet. Each varsity wrestler is given two lives. The competitors wrestle different opponents till they lose both of their lives. the number of people they wrestle is different for each person depending if a school can supply them with someone to wrestle. Morgan ended up finishing second at the Derby Invitational. The Morgan Wrestling team had eight medalists. Most of which were champions meaning that they received first place. Captains Rob Consiglio and Malik Shipman took home first place, and Ivan Villanueva took home second place. Coach Liese said, “It was our best finish in years.” This was the team’s first meet of the season.

Come support the Morgan Wrestlers by coming to one of their tournaments or duals.