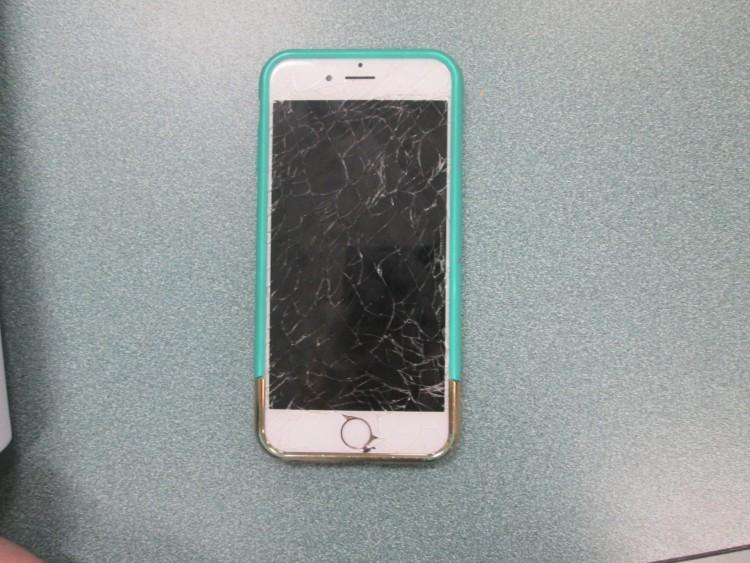 One of the worst feelings is when you drop your phone face down onto the floor, not knowing if it has shattered or not. Many students at Morgan have been in this situation and many have been unlucky. We asked some students if they have ever broken their phone, how they broke it, and what kind of phone it was.

Sophomore Lorayne Santana has broken hers. “I dropped it on the floor”, says Santana. “It was an iPhone 5s”. She claims that she had done it purposefully so that she could get the iPhone 6.

Freshman Alyssa LeMay says, “I was cat sitting and leaned over, and my phone fell out of my shirt pocket and into a cat bowl”. It was an iPhone 6.

Another student, Sophomore Bladen Lucas broke hers in this very school. She accidentally dropped hers in the toilet in the girls’ bathroom. It was an iPhone 5s.

Freshman Grace Roman dropped hers on the ground during a scary movie because she claims that she “got startled”.

It was an iPhone 5c.

Sophomore Christian Williams’ Galaxy S4 was stepped on by a football cleat.

Sophomore Jordan McMillan accidentally dropped her iPhone 6 down the stairs.

Another student, Sophomore Tony Coretti says that he jumped into a pool with his first phone, a Pantech Lazer.

Freshman Amber Deluca got her Iphone 4 “ran over by a school bus”.

Sophomore Bill Scully slammed his Iphone 5 on a table and it shattered.