Brunettes with the Win 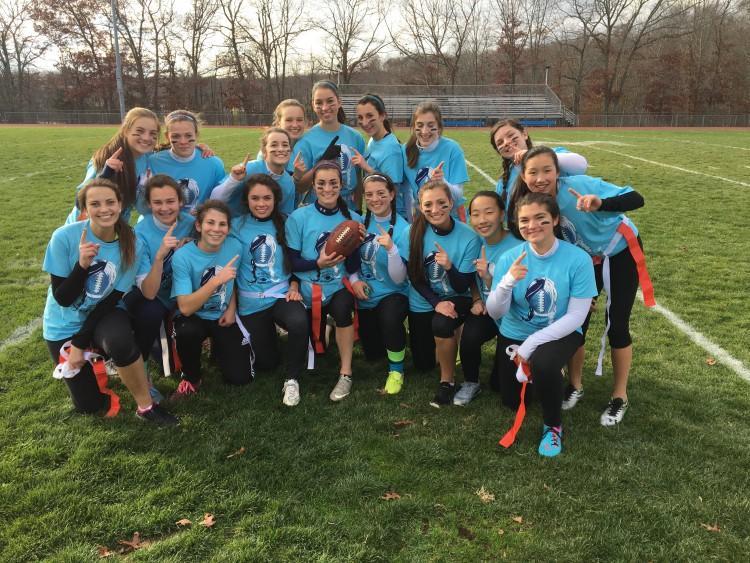 On Wednesday, November 25th, the blondes and brunettes battled for the title of champions on the football field. After numerous practices and Twitter feuds, it was time to settle their differences on the field and prove which hair color is superior. The students at Morgan saw a preview of the game where both teams scrimmaged each other during the pep rally the Friday before the game. The scrimmage ended with sophomore, Courtney Viglione, making a one handed catch for a touchdown. Everyone started to believe the blondes would definitely win. Even on a poll on Twitter, out of seventy five people, fifty five percent thought blondes (orange) would win while forty five percent thought brunettes (blue) would. Everyone would have to wait to see the actual day of the game. 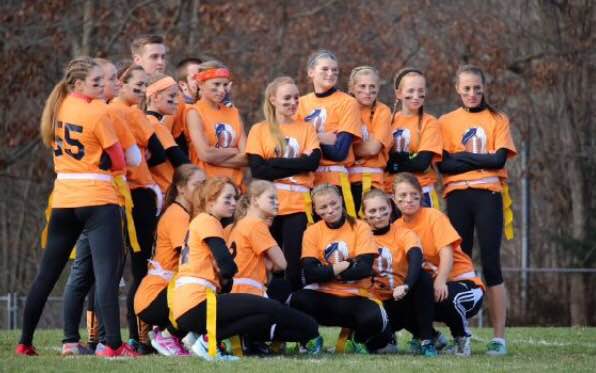 This year both teams were coached by two football players instead of the Shoreline Fitness staff. Blonde coach, Senior John Lee, mentioned how “practices were fun because they messed around.” The Blondes were missing their quarterback Senior Catlen Goss who was on vacation, “but we still put up some points, congrats to the brunettes and their coaches especially Gabe. He is a cutie.”

Senior Mateo Zumpano, who coached the brunettes said how he was “so proud of the girls for stepping up and making it easy to coach a team that is willing to work together.” The Brunettes’ other coach, senior Gabe Eriksen, explained how “it was fun beating Chucky and John and seeing how competitive the girls get which is surprisingly sometimes even worse than the guys.” 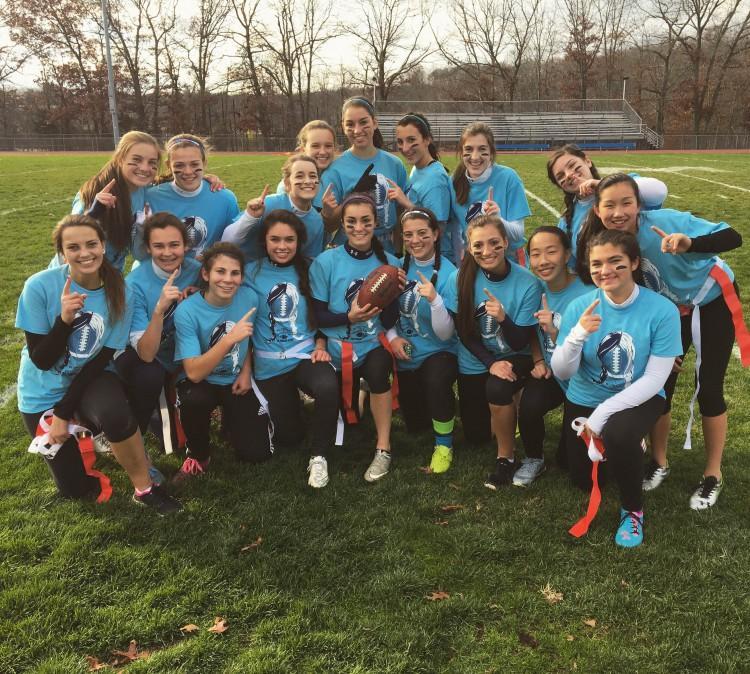 Although Powderpuff was more contentious this year than the previous years, senior Meghan Lindsay shared how “powderpuff is definitely one of the best activities Morgan has to offer because it’s so much fun trying out something that we wouldn’t normally get to try. This year was a lot of fun getting to work with the football boys because they’re our age, and know what they’re talking about which creates a different atmosphere. I would also give a ton of props to the brunettes for stealing the win this year because they totally worked as a team and deserved it, but don’t worry the blondes will be back.” Lindsay also reported that she “loved the girls on my team. They were a lot of fun to play with and wish she could play again next year!”

Senior Courtney Carroll described how “the Powderpuff game was a really good experience this year and greater than previous years. Both teams were prepared well due to the wonderful coaches. The brunette team bonded really well with one another, and that is why I think that we ended up coming out with the victory.The game itself was a lot of fun, and I think it’s nice to see some healthy competition between two different groups. In the end though, the Brunettes were merely unstoppable.” 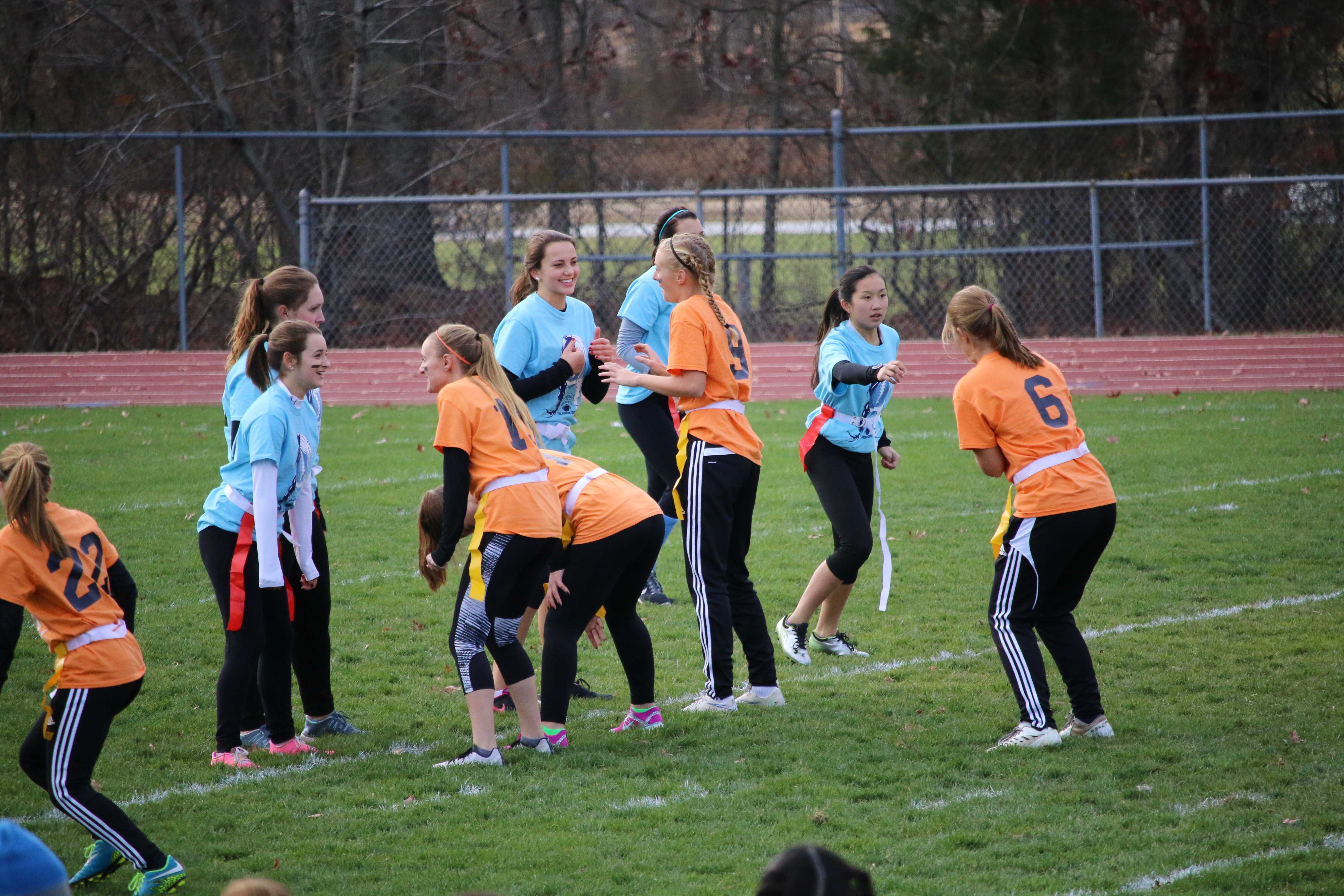 Senior Sophie Roman also explained how “anyone can join so it really brings everyone together. You do not have to be an athlete or anything so it’s fun to play with people you normally don’t hangout with. I’m really proud of the brunettes because we went into the game as the underdogs and came out with the win and broke the losing streak.”

Who do you think will win next year? Comment in the box below.