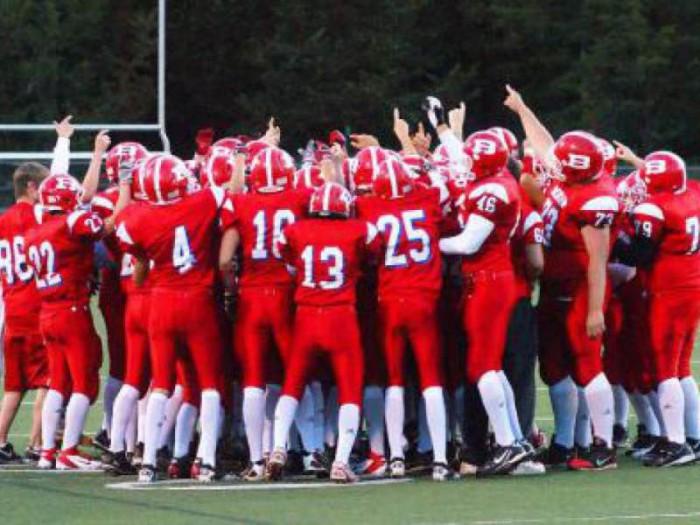 States for Football in Morgan is big. The boys finished out the season  9-1. The team they lost to was Granby High School. Granby now advances to the state tournament.

Recently, the Berlin High School football coach was found guilty of recruiting players to join its team to help them get in a good position for states. The athletes that they recruited were players from a different division. After completing an investigation,  The Connecticut Interscholastic Athletic Conference came down hard on Berlin, causing the Berlin football team to be kicked out of the state conference. Berlin was number 7 in class M. They had to forfeit games which changed their ranking to number 33 in the state for class M. The school was fined $4,000, $1,000 for each player, which means they recruited 4 players. The Sup

erintendent of Berlin David B. Erwin says that “in this situation, it is the kids that suffer the most. All they want to do is play the game, It was the coach who messed up and wanted to recruit the players.” The head coach of the Berlin football team is suspended and will not coach the last game.  They will be playing against New Britain.

This whole situation allowed Morgan to advance in the rankings of the teams. Sadly, the Morgan Huskies lost the game to Granby 40-12, so the season is over
The boys on the team think that recruiting to help the team become better and get them a better chance of winning is sick. “Who wants to win a big game or title knowing that you cheated? Its kind of funny that the only way they think they can win is by recruiting players from other schools.”

Freshman Zak Johnson mentions “I would hope that the Huskies will never recruit players just to help us win. The real win is when all the players play their hearts out with the team they love and are apart of.”