Our School’s Wi-Fi: Is The Net Working? 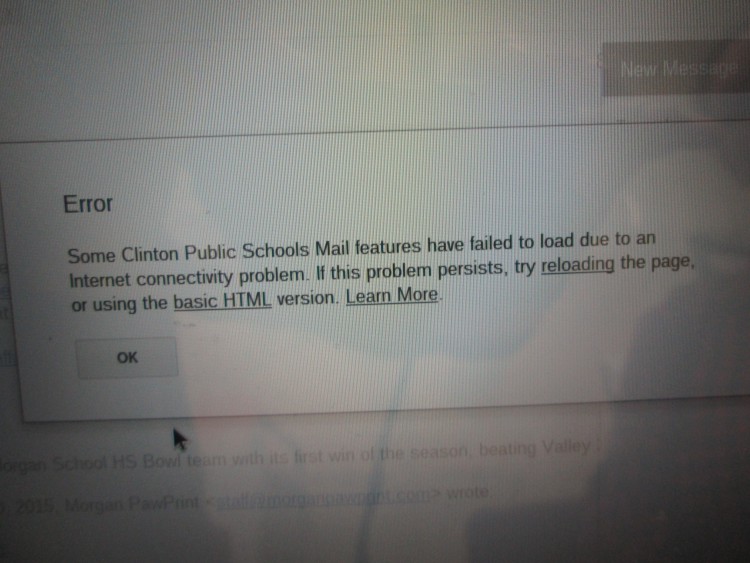 By David LaRiviere and August Pulaski |

There are some issues with the school Wi-Fi. There are three different networks that connect devices to the Wi-Fi at Morgan. Once connected students can visit “web pages,” or even “surf the net.”

The Guest Wi-Fi is the network that the students use for their personal devices such as phones or computers they bring from home. This network seems to be the one with the most problems. The CPSNET Wi-Fi connects the iPads and school Chromebooks to the internet. According to several sources, this network works better than the Guest Wi-Fi.  CPS-Wlan is the network that connects the staff’s school laptops to the internet.

Students use their phones for more than just recreational activities in school. They check their homework, grades, and access data bases if needed.  Some students have even used their phones  to type their homework. Freshman, Kyle Neumann explained that he has difficulties with the Guest Wi-Fi internet. “It’s really bad,” he claimed in an interview, “I don’t even use it anymore, just my data.” Some students claim that the school Guest Wi-Fi blocks certain websites, including the Google apps they need for school, and some social media sites such as Snapchat. “It sucks,” says Freshman Daniel Radka. “If they make it better. I’ll use it,” said Freshman Matthew Zoner.

There are also quite a few problems with the Chromebooks. Students in classes such as Journalism and Freshman Course need the Chromebooks in order to do work. These Chromebooks, however, do not work well on the CPSnet school Wi-Fi. Students explain that the network “boots” them off the internet sometimes several times during a class period. Sometimes the Chromebook will not reconnect to the wifi. Sophomore and Journalism student  Zach Corbett describes the Wi-Fi as “Just bad,” and he says “There could be a lot of improvements made to it.”

Students also have difficulty accessing YouTube for academic purposes. English Teacher Heather O’Brien’s sophomore classes had difficulty  accessing videos for an Animal Farm project on satire.   Many of the videos were not accessible through Clintonpublic.net accounts.

IT Director Frank Rossi told us that he was aware that the internet is not the best, “It’s a work in progress,” he told us. “There are gaps in our holes.” He also stated that the Wi-Fi at the school is not for personal electronics, such as phones. It is more for devices in the classroom such as the computers and iPads. However, he claims that the Wi-Fi at the new Morgan will be faster and more reliable.