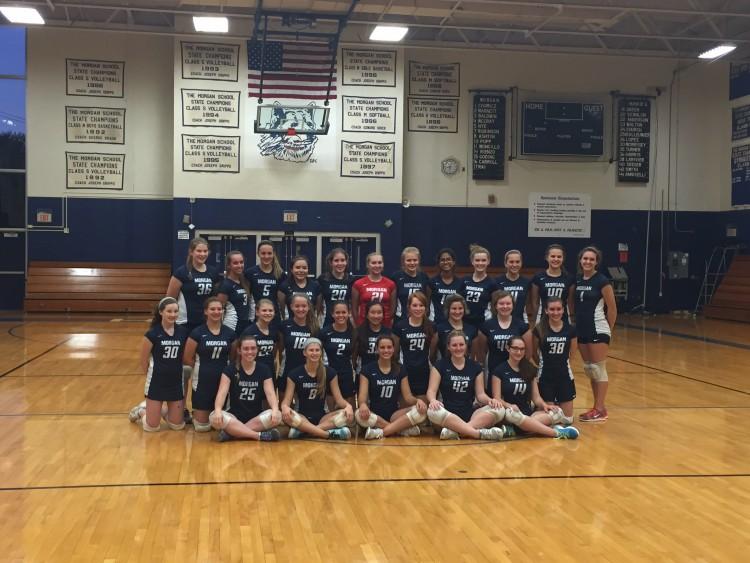 Morgan girls volleyball has very exciting events coming up.  They made it to shorelines!  The first shoreline game took place on Monday, November 2nd against HK.  Fortunately, Morgan won.  Then there was a semi-final on Wednesday, November 4th against East Hampton.  Morgan also won against them.  On Friday, November 6th, Morgan will play Hale Ray.

Sophomore Taylor Marnett said “the team has potential to go far but we need to learn how to steadily and consistently work together as a team to get the job done.”   She also states how “we have the ability to succeed in the tournament but we will need to take it one step at a time”.

Senior and captain Sami Ashton is bothered with how the season went, she wishes it had gone differently.  She also says how she’s “more nervous for shorelines and states than the past years because of our inconsistency, but I’m up for the challenge.”  Morgan volleyball JV coach says “It will not be an easy battle.  But if we really work hard and play together as a team we will win both.”