The majority of students here at Morgan take either Spanish or French as their second language class, but a minority of students take Chinese. Most students don’t know much about Chinese and what the class has to offer. And with a new school, Morgan also has a new teacher, Ms. Liu. 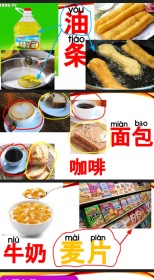 Sophomore Olivia Morrissey is enrolled in Chinese 2 and said, “I really enjoy learning the language. It’s so unique, and I love learning new characters and how I can incorporate them into my daily life.” Morrissey believes Ms. Liu’s “teaching style is easy to follow, yet she challenges the students. She does a very good job making sure we understand everything.” Morrissey said, “Chinese is my favorite class. I really enjoy coming, and I wish I could have it for a longer period.” Morrissey feels Ms. Liu, “wants us to succeed. She doesn’t just want this to be a class.  She wants us to communicate with others and really learn the language.” Morrissey said she took Chinese because ” I was previously taking French and that was going awful. I decided to try Chinese out because there was no way that I would ever get any better at French.” Morrissey included that, “I have taken both Spanish and French, and in my opinion,Chinese is the easiest to learn out of all them.”

not too much stress.” Menacho said Ms. Liu,”is very passionate about her students’ success.” And that Ms. Liu, “not only wants you to learn the language to get a good grade but to also use the language so we could apply it to the real world.” Menacho said he decided to take Chinese because “I did not enjoy learning the difficult language of Espanol.” Menacho said he finds the class, “quite easy. Many outsiders think that Chinese is so difficult just because of the symbols and characters, but by learning different radicals (parts of the character itself), the characters are really easy to pick up.” Menacho’s favorite part of Chinese class is, “taking notes because Liu Lao Shi [Ms. Liu] really makes you want to learn the characters and her powerpoints are in depth with examples and pictures. This makes notes fun and characters/phrases easy to learn.” 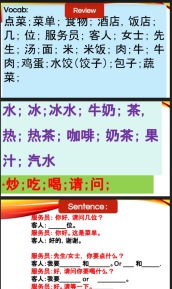 Junior Gabby Vigorito is enrolled in Chinese 3 and described Chinese class as, “fun because there are only 5 other people.” Vigorito said Ms. Liu is, “very helpful and answers any questions her students have.” Vigorito switched to Chinese her freshman year because “I was really bad at Spanish, and when I got to high school, I would have had to start back at Spanish 1 so I decided to try something new.” Vigorito likes that Ms. Liu “doesn’t follow the textbook. She makes her own lesson plans and incorporates words she thinks we should know.” Vigorito said Ms. Liu “makes it easy. The characters and the pinyin aren’t hard to learn, and I pick it up quickly. Also, her quizzes aren’t really challenging and the homework is just copying characters and practice writing them.” Vigorito added that students also work on unit projects which help reinforce the learning in the classroom. These projects are typically partner work, and at the end of each unit, students present the project.

Sophomore Olivia Carroll is enrolled in Chinese 2 and believes the class is, “hard if you don’t put yourself forward to learn Chinese.” Carroll decided to take Chinese when she, “was in the seventh grade. I thought Japanese and Chinese were the same things, so I went to Jin Lao Shi’s club, the old Chinese teacher.” Carroll said she, “looks forward to going to class because some of my best friends are in that class, and it’s an enjoyable class.” Carroll says she likes Ms. Liu’s teaching style, “because it pushes me to be better than just blowing off the class as nothing. I like how Liu Lao Shi teaches us as a class then talks to us individually if  we need help.” Carroll’s favorite part of the class is  “take notes, like when she shows us the sentences and the individual meanings of the characters. I also like it when we practice speaking in a conversation.”

All the students agreed that Chinese is a great class to take and they all enjoy the new teacher!