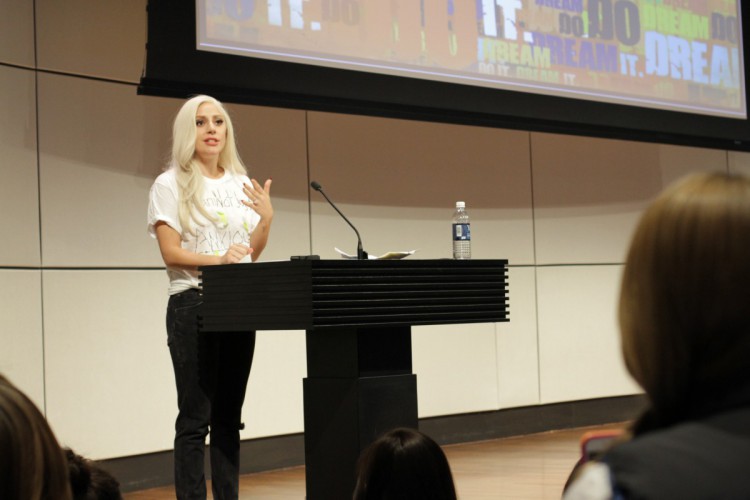 On Saturday, October 24, Lady GaGa hosted a campaign at Yale University to speak about the Emotion Revolution Foundation.

This campaign launched after her song Born This way released on May 23, 2011.The foundation was created by Lady Gaga and her mother Cynthia Germanotta to show how emotions play a role in everyday life. It also brings awareness of bullying and making school zones a safer place. Lady Gaga, like many other people, suffered from depression and felt that this foundation was essential to our generation.

Nine students and four teachers from The Morgan School attended this event. Literary Coach James Messina was one of the four adults who attended.  Mr. Messina said, “I believe it’s absolutely essential.” Making students feel comfortable and safe in their school environment is crucial to  helping students get through their schooling.

#IamNotJust is a new hashtag connected to this foundation. This worldwide trending hashtag gave people the chance to explain why emotions matter. Social media is seen as a corrupting force in today’s society. This hashtag shows that not everyone is the same. There’s more to everyone that goes unseen or unnoticed.

A group of eight students attended an event much like this one on Tuesday, November 17, 2015.

Mr. Webb attended this event as well and expressed his feelings towards the campaign.

“It reaffirmed a lot of the things we’re doing here,” said Mr. Webb. He enjoyed the event and said that he would most certainly attend one like it again.