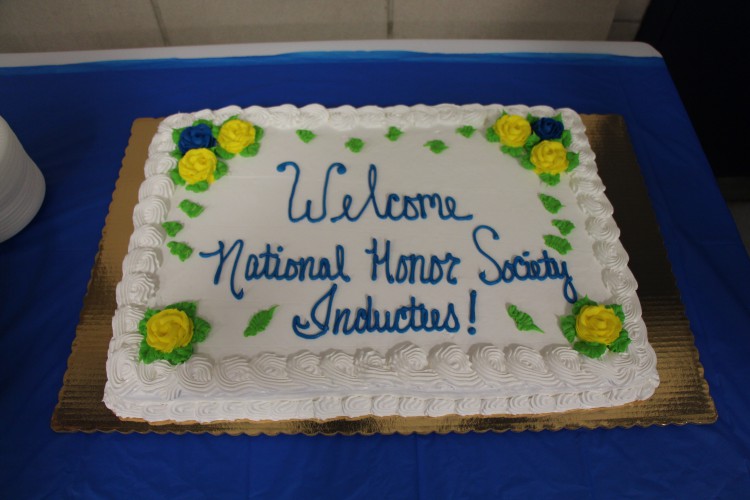 NHS stands for National Honor Society,  an extraordinary club at The Morgan School. The students that are inducted to the National Honor Society work hard to  achieve membership. Being a member of  NHS requires good grades, strong leadership qualities, volunteer work for the school and community, and good character.

Having  good grades does not just mean making honor roll. In order to be inducted, a student needs to have at least a 3.75 cumulative GPA.  In addition, a junior student needs to do at least 40 hours of community service, while seniors have to do at least 50 hours. Most students at this point would be overburdened, but these students live for the hard work. Students also have to bring a positive attitude and be strong leaders throughout their high school years. For more details about what it takes to become a part of the National Honor Society read 18 Inducted to the National Honor Society.

A teacher that plays a big role in the NHS program is Mathematics teacher Stephanie White. She has been an advocate for many years. Ms. White is also in charge of a panel of teachers that consider the applications of prospective members. She said the key qualities to getting into NHS have to do with the 4 pillars. She explained, “A group of students who show 4 pillars, show the student has scholarship, character, leadership, and service.” Using the 4 pillars, the panel of teachers look at the students’ applications to see if they fit what NHS is all about.

Some new inductees of NHS are Senior Kevin Daley and Junior Sam Moran. Kevin has said that it has not made that much of an impact on his life,”It is a great thing to be a part of, but I never thought it was something I was going to get into.” He believed it was more of a recognition. He was always getting good grades before he even knew about NHS. Also being a captain for golf helped prove he has profound leadership qualities. He has the time to balance all of his activities, ” I worked at the soup kitchen for volunteer hours, but they were very helpful since I had golf so I just went once a week.”

Junior Sam Moran also added, ” It is a great honor no doubt, but I really didn’t know about it until after my sophomore year. I  was in Boy Scouts, and I had good grades giving me all the credible evidence so I was able to get in. All of that would have happened if there was no NHS.” These two worked hard because they are good people not because they want the reward of belonging to the National Honor Society. 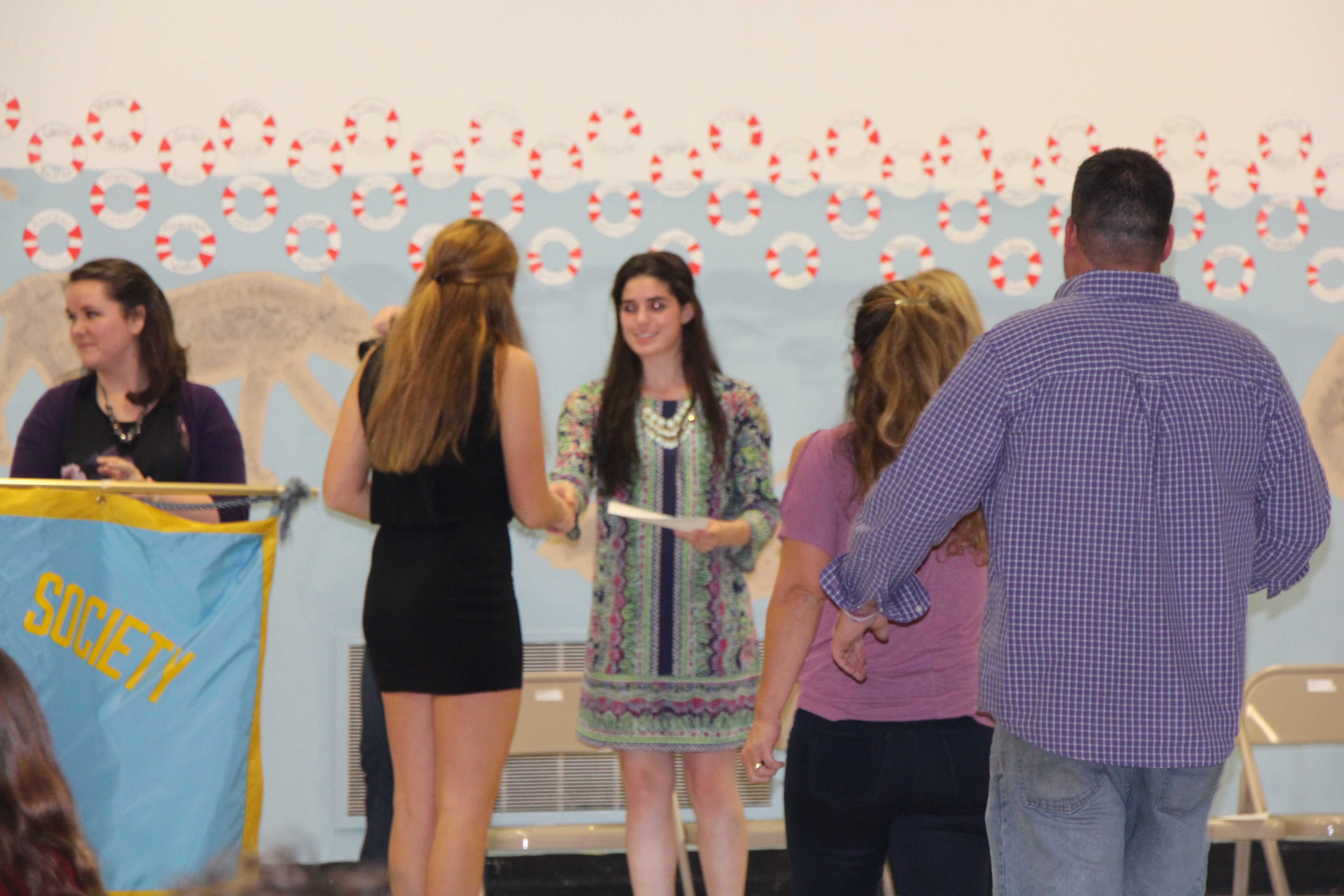 The president of National Honor Society, Senior Judy Chicoine, told us about the fundraisers and other events NHS members are doing to improve the community. She told me that she wanted to do so much more, and that she had a ton of ideas, but there just was not enough time to get it all done. The blood drive, a toys for tots type event and the soup kitchen, and the coat drive are planned for now.

Overall the NHS induction went well on October 29, 2015. The new students were inducted and the whole program went smoothly. All the parents were proud, and Mrs.White was proud of all the candidates.   The new inductees are