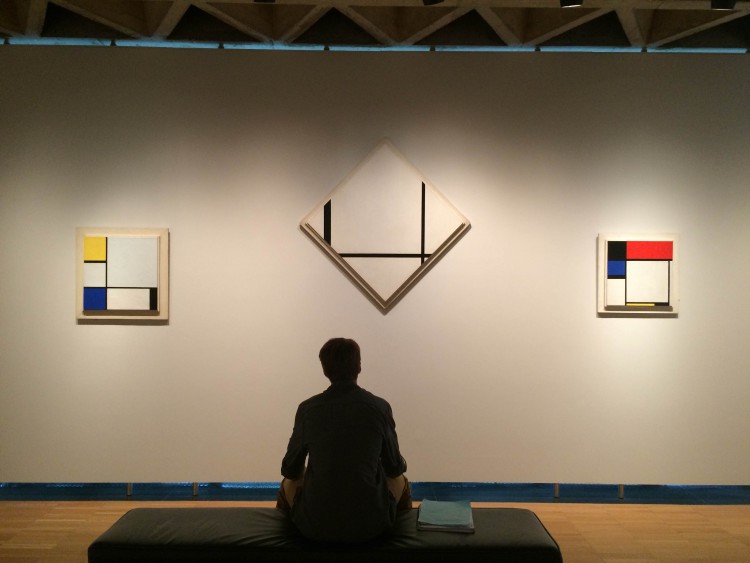 Last Friday, October 2nd, Mr. Serenbetz took both of his senior Humanities classes to the Yale Art Museum in New Haven, Connecticut. Although, it was a cold and rainy Friday, his students still had a great time.

To start off the morning, they all were allowed a half hour to go wherever they wanted to eat which included Starbucks, Panera, and Claire’s Corner Copia, a vegetarian styled restaurant. After the thirty minutes were up, they all crowded outside the museum until the doors opened promptly at 10 a.m.

Once inside the building, Mr. Serenbetz separated the class into four groups so that two would start on the bottom floor, while the other two would start on the top floor. While on the bottom floor, these groups answered questions that corresponded with the pottery and art on this floor because they had been learning about Greek pottery in the first few weeks of class.

Those on the top floor had to take a picture of a piece of art that either interested them or challenged their views on what art should be, for example a simple shovel hanging or paint splattered on a canvas. Once the class got home they would then use the picture to answer questions on the literal and expressive components of the piece.

To end the day, Mr. Serenbetz brought his class to Fired Up, a pottery studio in Branford, to make their own pieces of pottery with restrictions of color to match that of Greek Pottery. The students were allowed to pick any piece they wanted, but had to stay within the limits of black, white, and shades of red.

If the students finished early, they were allowed to decorate a tile with colors of their choice and make whatever they wanted. These tiles are presented in the slideshow below as well as most of the artwork. I hope you like the artwork as much as Mr. Serenbetz’s students did. Enjoy!