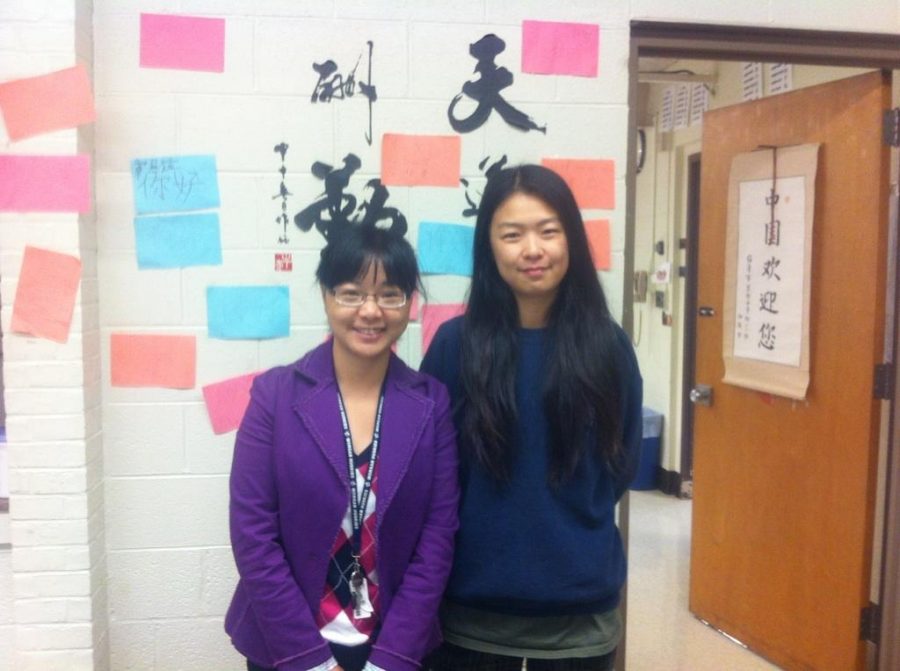 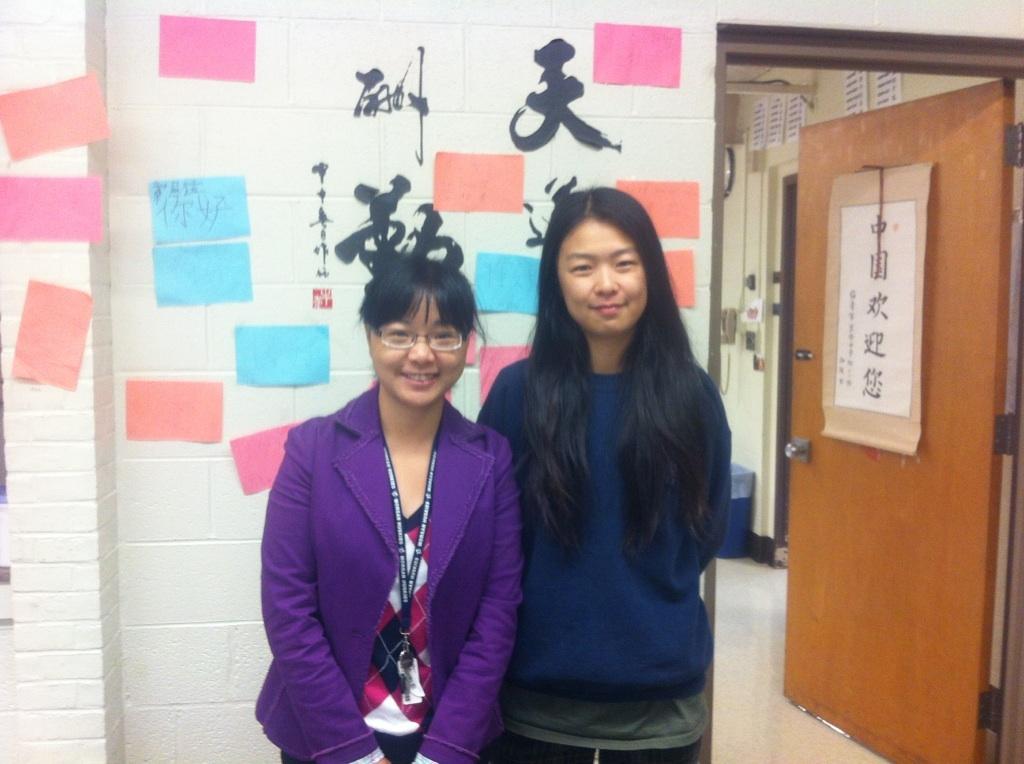 In today’s society, many major companies and small businesses want to hire people who are bilingual. With the world developing at such a fast pace, international communication is a must. Not only do people in the business field demand a world language, but colleges today also require students to take at least 3 or 4 years of a foreign language during high school. The Morgan School offers three foreign languages for students to further enhance their communication skills: Spanish, Chinese and French.
Students can take up to four years of Chinese. This year I took classes with both interns, Gong Suifeng and Gao Jie. There’s not a major difference between their teaching styles. As a class, we’ve done many mini projects that help enhance our understanding of Chinese culture. As beginning learners, we learned Pinyin, a Romanization system for standard Mandarin. We also learned to write Chinese words with the Roman alphabet before learning the Chinese characters.
The interns, Gong Suifeng and Gao Jie, are here for one year. Gong Suifeng is here through a program called Hanban. As for Gao Jie, she’s involved in a different program but the purpose of both programs are similar. These organizations are formed to motivate people worldwide to exchange their language and culture.  From two different provinces, these two teachers worked with each other for the first time as interns teaching Chinese here at Morgan. Recently, I had the opportunity to interview Gong Suifeng and Gao Jie.

Where are you from?
-“I’m from Jiang Xi, Nan Chang in China”

Do you have a job in China? What do you do?
-“I’m a teacher in China. I teach English at a college”

How long can interns like you stayed for to teach?
-“They can stay for up to three years”

Were you accustomed to the change in atmosphere and environment when you first came to the U.S?

-“It was alright. It’s not the matter of being able to adapt to a new environment but rather a bit boring without my family by my side.”

Are you returning back to China this year?
-“Yes, the year without my family was tough. All of my families and relatives are in China. I really missed them”

When are you leaving?
-“I’m leaving on June 20th, right after the exams over. I can’t wait to unite with my family again”

How did you get chosen to be an intern here for Morgan?
-“I was actually involved in a program called Hanban. Hanban is a program in China that is hoping to make the Chinese language and culture learning available to Chinese learners across the world. This organization is combined with the College Board to send teachers from China to teach Chinese to students. College Board notifies the Hanban organization about Chinese teachers who can go to the U.S to teach Chinese. From there, the organization will notify different provinces about this project, and applicants are required to attend an interview at Beijing for the final selection”

Where are you from?
-“I come from Xi’an China”

Is education here similar to ones in China?
-“Education here both at the high school and college level is similar and different from China. Students in high school in China usually will have to learn some fixed courses according to the major they want to apply in college. They study a much longer time than kids in the U.S. A day will usually be divided into three parts for high school kids. They have a longer time for lunch (maybe 2 hours), and they may go back home to take a nap. But they have a night study hall which may last for 2 hours usually from 7 to 9 P.M, though elementary and junior high kids don’t have such a night self-study class”

How long will you be staying here at Morgan to teach?
-“One academic year”

How did you become an intern at The Morgan School?
-“I came to Morgan because I’m in a program called Fulbright. This is a program aiming to bring people worldwide to exchange their language and culture. This year we have about 400 people from 50 different countries come to the U.S. to teach their native languages.

What’s your occupation in China?
-“I’m a university lecturer”

Do you like teaching Chinese?
-“I think teaching Chinese is very interesting, making me have an opportunity to view my native language from another angle and to observe how beginners who have no background of Chinese at all adopt this language, and how some new teaching methods are used in classroom teaching practice. But I do feel more comfortable with the college-level education”

Do you only teach at Morgan?
-“No, I also work as a teaching assistant at Connecticut College”

This year was a new experience for the two interns as well as the students. Although the teaching style may differ from previous teachers,the intentions are similar. They are all hoping to spread Chinese and other foreign languages worldwide, making it available to global learners