A Divided Town, but a New Morgan 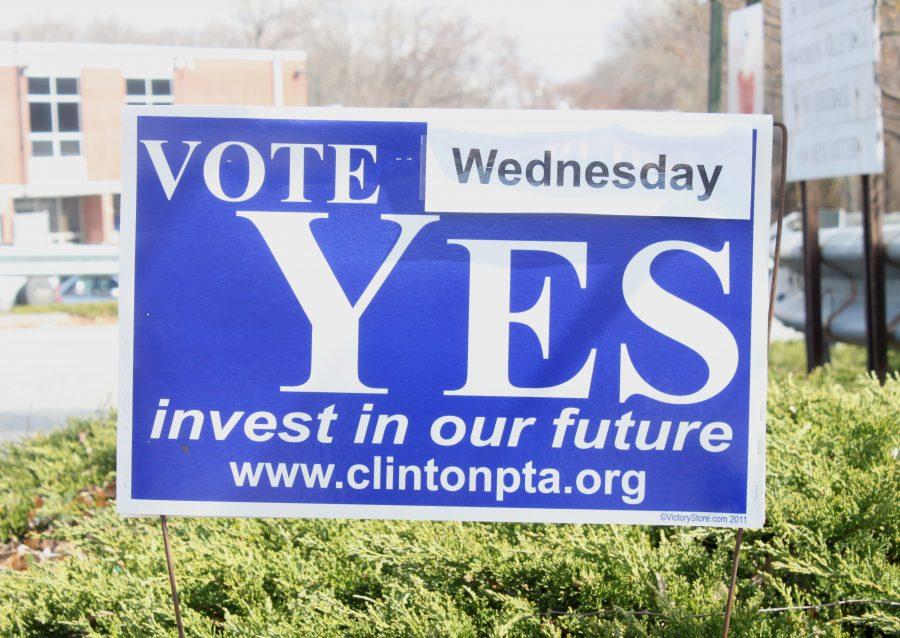 Residents were streaming into the town hall nonstop Wednesday to cast their vote in the Morgan School Referendum.  The final vote was 2,058 for and 2,018 against a new, $64.7 million Morgan School. The town was evenly divided on the subject, and the vote passed by a mere 40 votes out of the total 4,076.

I spent my afternoon at the town hall not just to add my vote, but also to advocate for a new school and to talk to the opposition. The Clinton Taxpayers Association (CTA) and the PTA tried grabbing the attention of voters as they entered the polls while a group of Morgan students, myself included, stood by the road to show student support for a new school.

The turnout was unusually high Wednesday, and the undecided voters were few and far between. It seemed that going in everyone had already gathered his or her opinions of the referendum. While one woman’s response was simply “Just put a new damn roof on the school and call it a day,” most people had a lot more to say.

One couple supporting the CTA stood out, mainly because while the majority of their supporters were in their 70s and up, they were in their late 20s and standing by the side of the road holding up a big “No” sign. We asked them why they were against building a new school, and to our surprise, they said they weren’t. The man said, “We completely agree that this town needs a new high school, but we don’t agree on the location. We just moved into our new house on the Killingworth Turnpike at the beginning of last year, and now they want to start a huge construction project right next to it.” He also said that he didn’t agree with the conceptual drawings of the new school. He compared the architect to a “used-car salesman” whose only intent was to make a showy building with no real practicality. Although a good point, I reminded him that the building was a concept and that the design will be re-evaluated from the ground up if the referendum passed.

Standing by the side of the road, we had a conversation with the Clinton Police Officer controlling traffic. He was a Madison resident but said that Clinton needed a new high school and agreed that the location was perfect for the new building.  He said, “The benefits that come from this new school will be seen all around the town. The CTA says that taxes will increase by 26%, but that is just baseless. You want to know why there aren’t any restaurants at the Clinton Crossing. It’s because of the school. You’re not going to see any Applebee’s or TGI Friday opening up with a school across the street. They’re just too close to have a bar and sell alcohol. The plot where Morgan sits now will sell for millions, and not only will that offset the cost of the new school, but a restaurant or other tax source will take its place.”

In the parking lot behind the town hall was an older gentleman handing out fliers and representing the CTA. His argument was that “with the current economy residents can’t afford these higher taxes. $64.7 million is a lot of money to put towards a new school, and when the only problem is a leaky roof, the simple solution is to just repair the thing. What kind of lesson are we teaching these kids if we say don’t bother fixing what’s broken, just build a new one?” I asked him if he had the chance to tour Morgan, and his response was no.

An hour before the polls closed, it looked like it was going to be a close vote. I asked Superintendant Jack Cross what he thought the results would be, and he said “It’s going to be a very close vote. We’ve seen just as many people in opposition of the new school as in support of it. The town is really divided on it.” I asked him what he thought about all of the CTA’s “$ave Morgan, $ave Millions – Vote No” signs, and he said that “The CTA’s signs do as much against us as they do for us. We know that about 1,300 residents are going to vote No, no matter what, so the signs bring a lot of attention to the subject. People see the signs and wake up. They realize that there’s an opposition to a new school and that their votes are needed. Plus some people just don’t like the CTA and will vote opposite of their decision.”

With a vote as close as Wednesday’s referendum, two things are clear; although the town has made its decision on a new school, its residents are still very split; and everyone will be watching the development of the new school with close, judging eyes.