Through the Eyes of Jaime Fitzgerald 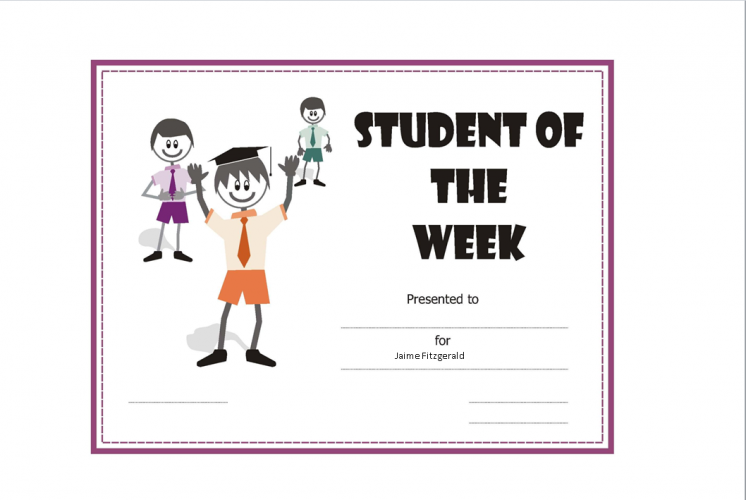 By AJ Rai and Lily Dawson |
Featured image via Docstoc.com

Four years, 732 days, or 2 million minutes is the amount of time Jaime Fitzgerald has spent in The Morgan School. A senior who has impacted the lives of many people she’s associated with. She has the power to make anyone smile and turn somone’s day around.

Jaime has always had a natural talent for softball. Two years in so far, all three years she received All Shoreline Honors, as well as getting her 1,000th hit. She is by far the best hitter on our team, and freshman year and sophomore year she played third. Last year and this year she will play left field. We even have some stories from when she was younger.

“When Jaime and I would play on the allstar team for softball, birds would fly over us. She would “hit the deck” and not pay attention, but she would pop back up,and she would catch the ball with no problem,” says Senior Liz Bradley.

However, softball isn’t her only talent. She also played volleyball freshman and sophomore years and field hockey her junior and senior years. She just won the 2nd Annual Morgan School cupcake wars, with an apple pie cupcake. In May she will compete in the Regional Cupcake War.

Jaime is a familiar face in The Morgan School and a great friend. Jaime always has a postive attitude towards people. Even when shes in a bad mood she still keeps a postive attitude. Erika Renkl says, “Jamie and I used to hangout when we were younger, and the one thing that hasn’t changed about Jaime is her sense of humor.”

Jaime is currently undecided about where she will be going next, but she is leaning towards UCONN. Howerever, her other option is University of New Hampshire.