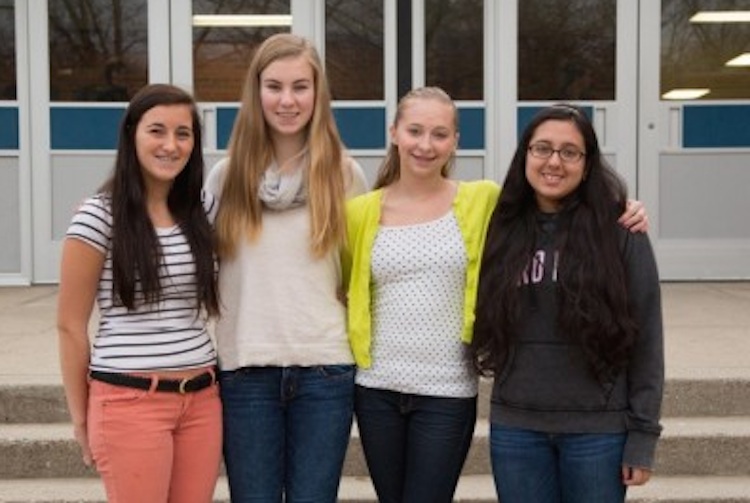 As the fourth quarter comes to a close, it is time to start thinking about class elections. Last year, after a very close vote, Madison Garbinski was elected  as class president, Alyssa Robinson was elected as vice president, Olivia Amendola was elected as class treasurer, and Karla Rivadaneira was elected as the class secretary. This year, new class officers will be elected to lead the Class of 2017. They will all be working together to raise money for our class to help pay for events such as prom.

“The most successful fundraiser at this point has been the Powderpuff game” said Learning Commons Media Specialist Mrs. Robinson, who is also one of the freshman class advisors. We also asked her for any voting advice she could give us here at the Pawprint, and she said, “When you see people’s names on the ballot, make sure you vote for the people who you know will be successful leaders for the class. I think our current leaders from this year did a pretty nice job in making sure we had enough money to start with. We definitely raised more money than the rest of the classes, especially with the dance they did at the beginning of the year.” The Class of 2017 has had other fundraisers too, such as the Match-O-Matics near Valentines Day. The match making fundraiser brought the lowest profit of them all, with five dollars earned.

We talked to Alyssa Robinson, who is the vice president of the class. She puts a lot of her free time into planning these fundraisers and events for the freshman class. She said, “I give my ideas for our class and help make decisions with Madison about steps toward big activities and events like prom. I’m kind of like the right hand man…”

Class Treasurer Olivia Amendola told us, “I couldn’t really handle the money for legal reasons, but I worked with fundraising a lot. We have meetings once a week in the morning, and I set up for homecoming, and I did the float building.” Class treasurer will not be a position to hold next year, since it is being replaced by public relations. Olivia told us more about this new position, “You’re helping your school environment. Treasurer is no longer something you can run for, so get yourself out there and promote yourself.” She will also be running to be our class president next year.

Karla Rivadaneira had no problem campaigning for class secretary last year, since she was the only one who wanted to take on that position. Not many students know exactly what the secretary does, but Karla said, “I take notes on whatever we talk about. At meetings I take notes on events, how much money we raised, and what we plan to do. It’s really fun.” When asked if she would want to take the opportunity to run again, she replied, “I think I would because I like being involved.”

We spoke to Lindsay Harden, who is running for public relations, and asked why people should vote for her. Her response was, “I have a lot of experience in these areas and was recommended by two of my teachers to run. I’m a people person, and I feel like it’s a position that suits me.” I also asked why she would be a good asset to the student government, and she said, “I have time that I can put into it, and I’m willing to put in the work. I’m also familiar with what the PR has to do.”

Finally, we talked to Freshman Burton Caldwell who is running for class president. When asked why he is running, he replied, “I feel like I can help the student body and bring new ideas to the table. I feel like I can do better this year and have a lot of good ideas”. Caldwell explained to us what it would mean to him, “It would mean a lot, it would mean that I have everyone on my side, and they feel that I can be the best for this position. It’ll make me feel like I accomplished something”.

The student body will have the opportunity to cast its votes on Tuesday, June 3. Make sure you vote for who will benefit our class the most!